Bystanders wore t-shirts with printed photos of Maleah Davis. They openly criticized the girl's mother as they waited to go in the courtroom. 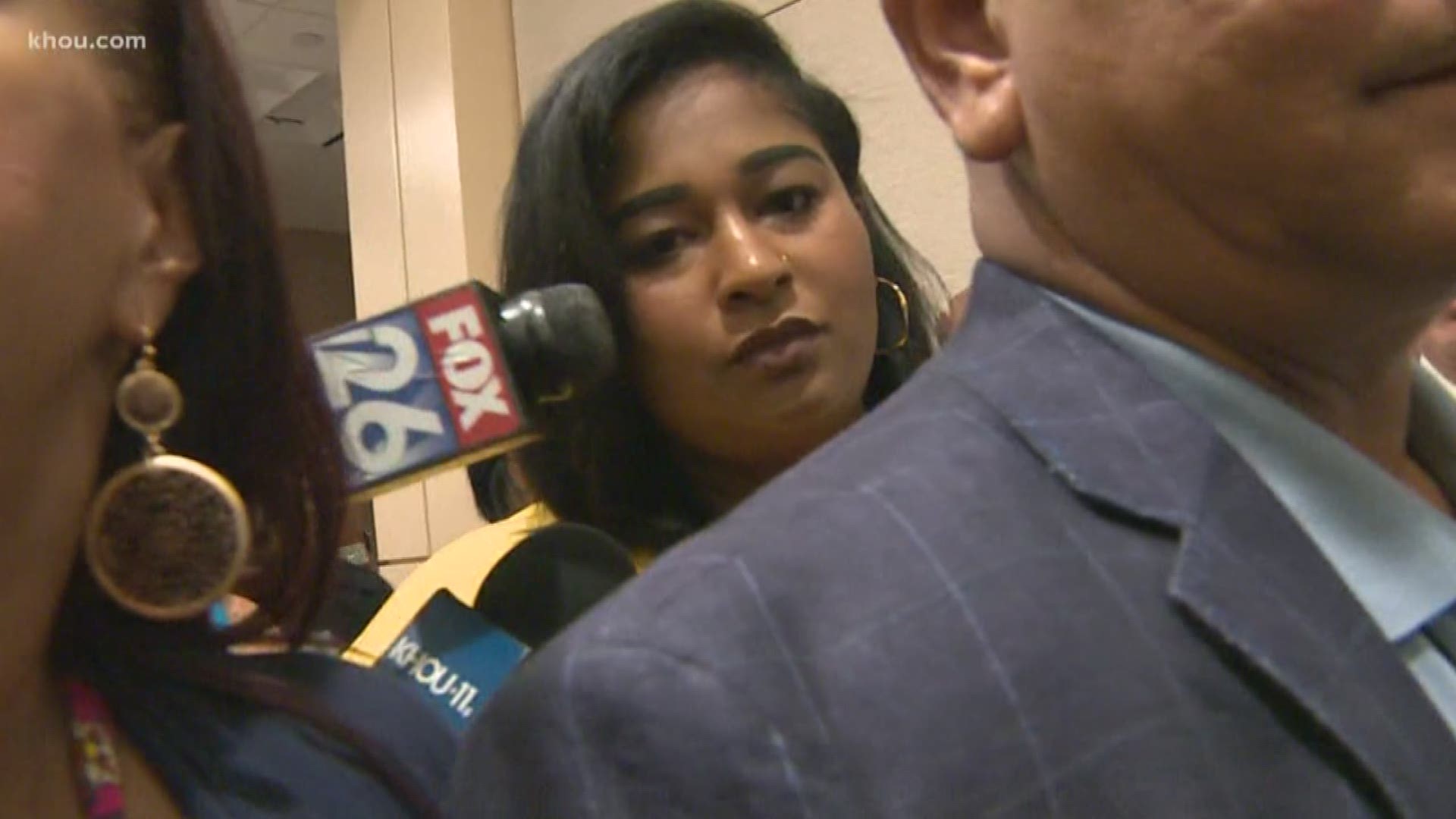 HOUSTON — Derion Vence was scheduled to appear in court Wednesday for his first appearance in front of a judge in the Maleah Davis case.

Maleah’s mom, Brittaney Bowens, showed up to court guarded by constables as some bystanders chastised her.

RELATED: Latest headlines in the death of Maleah Davis

Vence was arrested in May on a charge of tampering with evidence in Maleah's disappearance. The child's body was later found along a road in Arkansas.

"I want to give you an idea of the feel for the hallway outside the courtroom right now. These folks with the Maleah T-shirt’s on are criticizing Maleah’s mother Brittany Bowens. Courtroom is not open yet," KHOU 11 Reporter Janel Forte tweeted.

The girl's mother has not been charged with any crime.

Vence's Wednesday hearing was again reset for a later date, which means he has still not appeared in front of a judge.

RELATED: County in Arkansas wants to honor Maleah Davis by renaming bridge near where her body was found