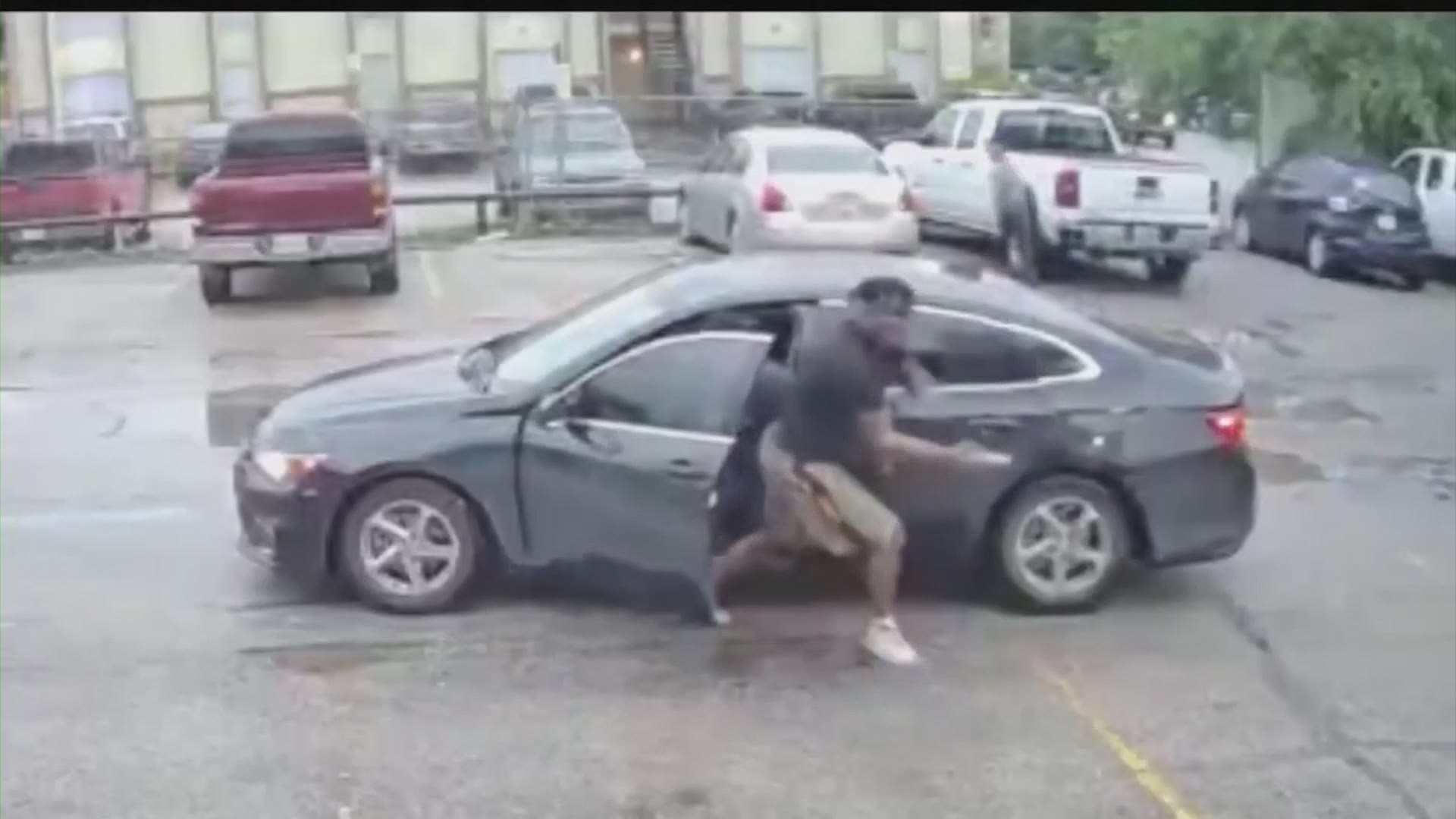 HOUSTON — Investigators in the Houston Police Department’s Robbery Division hope someone will recognize the suspects in a video that shows a recent converter theft attempt that resulted in gunfire.

The video shows several residents in the 7700 block of Corporate running outside after they got word someone was under one of their vehicles with a saw. The residents chased the suspects and managed to get their saw, police said.

One of the three suspects ran to his vehicle and grabbed a gun and then began to shoot at the residents.

As the residents were running away, they dropped the saw. The thieves retrieved it and then fled but not before one of them slipped and fell, the video showed.

One resident, whose truck can be seen in the surveillance video but didn't want to provide his name, said this has been an ongoing problem.

He said he ran out to check on his vehicle after the shooting and didn't see anything. However, the next morning it looked like someone tried to break into his passenger door.

He also said he's seen two men stealing catalytic converters from his neighbors before but didn't say anything to them.

“You try to really get out of the way because you don’t know if they’re gonna shoot at you or not," he said.

In April, around the same date of the surveillance video released by HPD, Leo Eurrea said his catalytic converter was stolen from his van and he still hasn't been able to get it properly fixed.

“I just came from work. I’ve got four kids and I’ve got to support them," Eurrea said. “Work is pretty slow. Look at these guys, what they do it. Try to make easy money.”

Police said the suspect who was under the vehicle with the saw was a black male about 22 to 28 years old and about 5 feet, 11 inches tall. He had brown eyes and black braided hair. He was wearing a black shirt and tan pants with white shoes. Police also said this was the man who fired the gun.