The 45-year-old suspect was detained at the scene and later charged with murder, according to the Harris County Sheriff's Office. 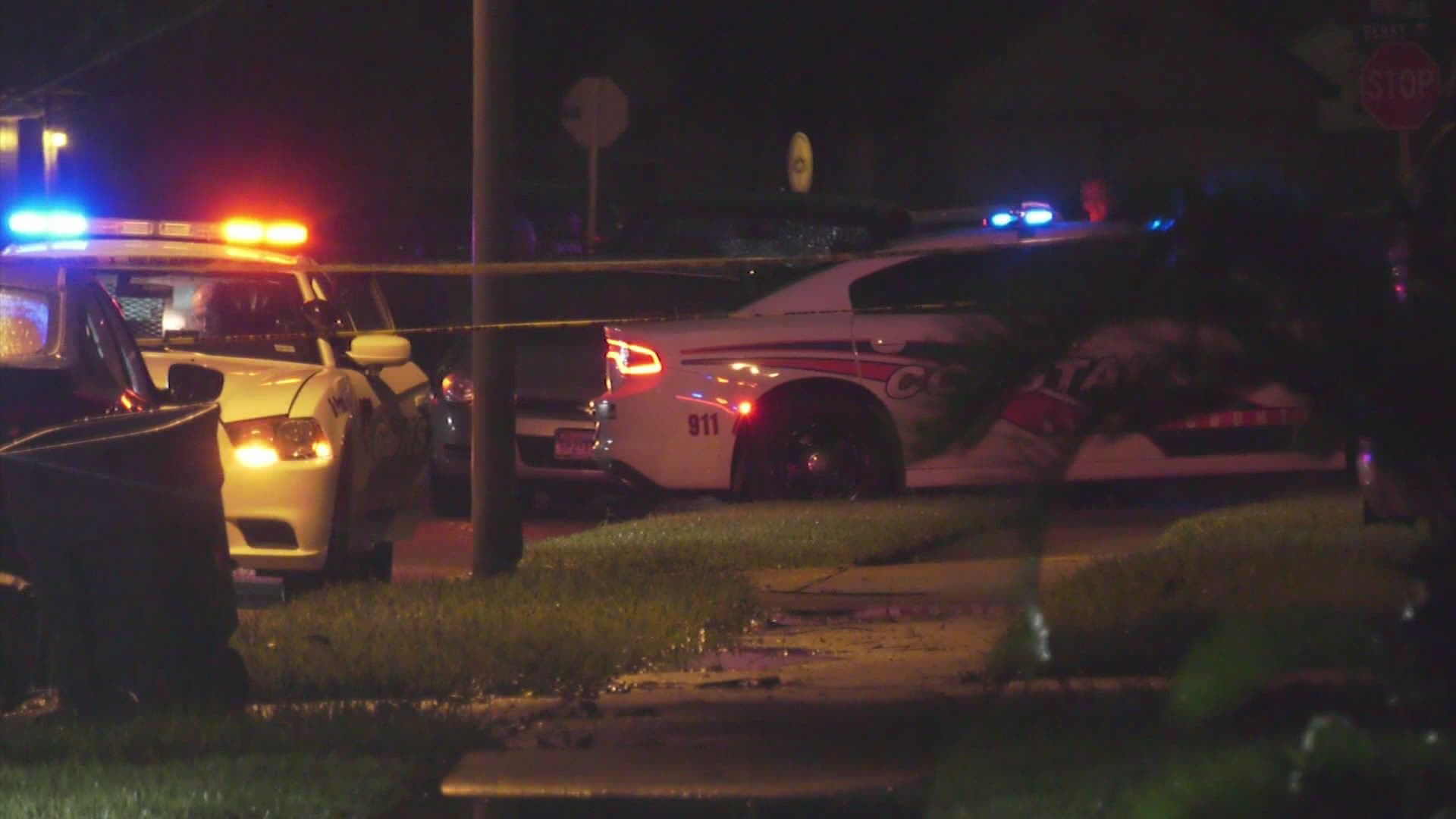 HARRIS COUNTY, Texas — A man was arrested late Wednesday after he shot his wife to death at a northwest Harris County home, according to Sheriff Ed Gonzalez.

The shooting happened at a house in the 9500 block of Walnut Glen Drive, which is just outside the Beltway near the Sam Houston Race Park.

According to investigators, the couple's children — ages 13 and 15 — ran to a neighbor's home and called for help during the domestic altercation.

Investigators said the father earlier went to the family's house and got into a fight with his wife. He then told their teenage children to leave, and that's when he shot the mother, authorities said.

@Pct4Constable units responded to an incident at the 9500 blk of Walnut Glen Drive. Preliminary info: a male is suspected of shooting his wife. A male has been detained and a female has been pronounced deceased at the scene. @HCSOTexas Investigators are enroute to scene. #Hounews pic.twitter.com/bUp6XKOLHv

The victim was pronounced dead at the scene, Gonzalez said.

The suspect was later identified as Dakari Lenear, 45. The victim was Rhonda Lenear, 46.

Harris County Precinct 4 Constable Mark Herman said the incident was under investigation and urged people to avoid the area. Gonzalez said the Harris County Sheriff's Office said it sent investigators to the scene as well.