Violent armed robberies are caught on camera across Houston neighborhoods. Videos show the gunmen forcing their victims into homes. 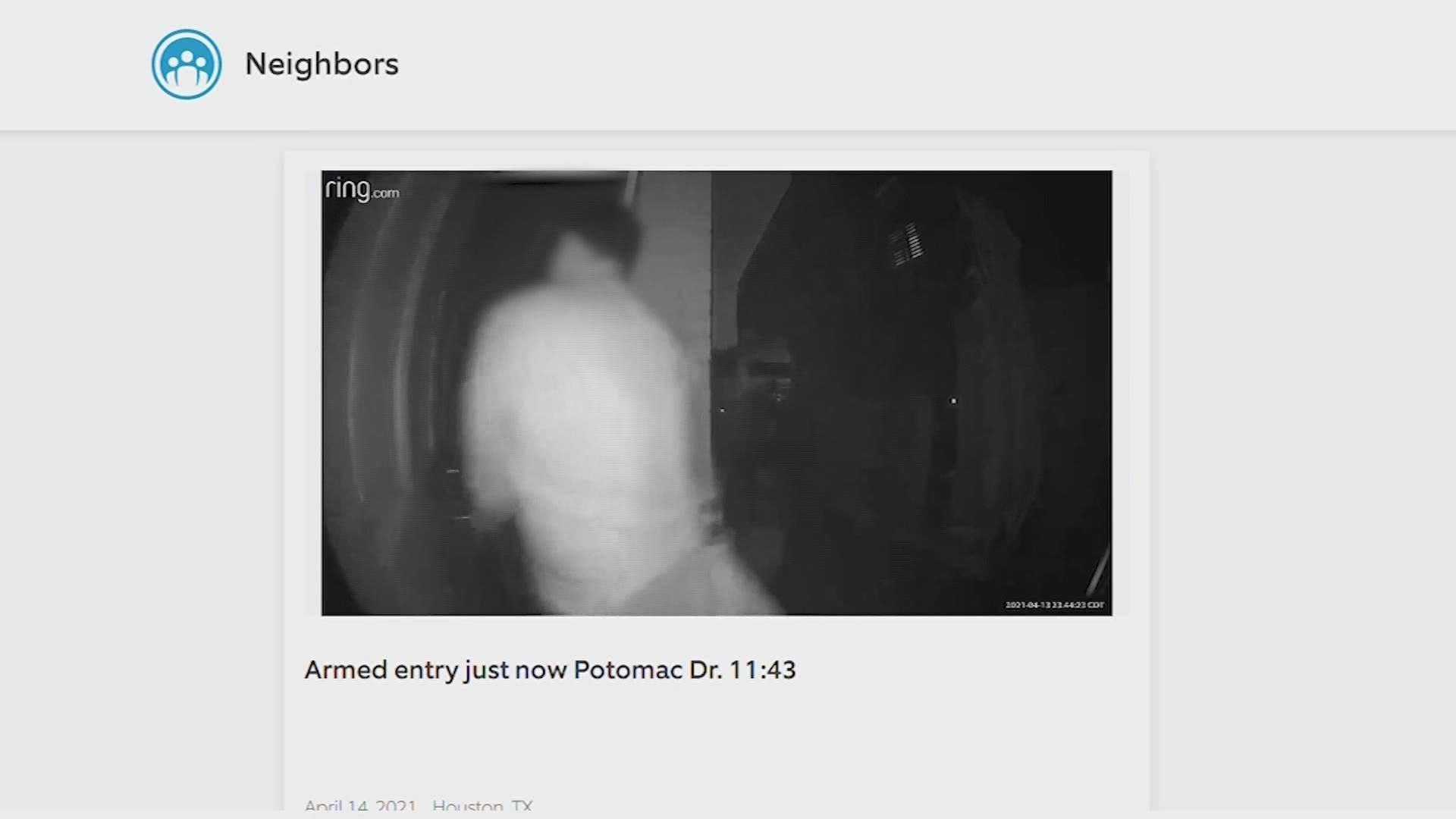 HOUSTON — In Houston, suspects are forcing people inside their homes at gunpoint during violent robberies.

The most recent video shows how quickly it can happen. One Ring video, accessible on a public webpage, shows a man in Tanglewood simply unlocking his door early Wednesday morning when he’s rushed by two gunmen who follow him inside.

Violent armed robberies caught on cam across Houston neighborhoods. They appear to connected according to the retired chief of the Texas Rangers. One caught on cam in Tanglewood, one in Rice Mil. The gunmen forcing victims into homes at gunpoint. Full story @ 10 #KHOU11 pic.twitter.com/wM4tsUbgFV

That same morning, about six miles away, another video, shared by a community member in Rice Military, shows two gunmen getting out of a white sedan with masks and guns. One gunman has an ankle monitor.

On March 28, an armed robbery took place as two men were in a driveway. They were ambushed by three gunmen who forced them into the garage, tried to get into their home, then pistol whipped one victim before robbing them and running away. The victim in this case did not want to be identified but did share his surveillance video.

Tony Leal, president of PTI Security and retired chief of the Texas Rangers, analyzed the three videos and shared his perspective on the attacks.

Leal points to their robbery style and movements to connect the crimes.

“What I see in it (the videos) the most is how fast they are moving. They are on an adrenaline high," Leal said.

Leal does not think these are random attacks, rather, their victims have been cased.

“Places that are upper middle class, where they are looking for their target," Leal said.

The Houston Police Department reports it is investigating the armed robbery that began in the driveway and several similar cases in surrounding neighborhoods.

In addition to the ankle monitor in one video, in the Rice Military robbery, one gunman has bright green shoes and a hoodie with a bright green logo. Clues that could help police find the gunmen before things escalate even further.

“There is somebody out there that watches y'all and knows who this is,” Leal said. “They really need to step forward, because somebody’s going to get hurt sooner or later.”

Anyone with information about these armed robberies should call the Houston Police Department or 911.