Recognize them? Robber strikes clerk in the face with rifle during violent hold-up

The suspects were able to take the money from the cash drawers and phones from the safe in the back office. 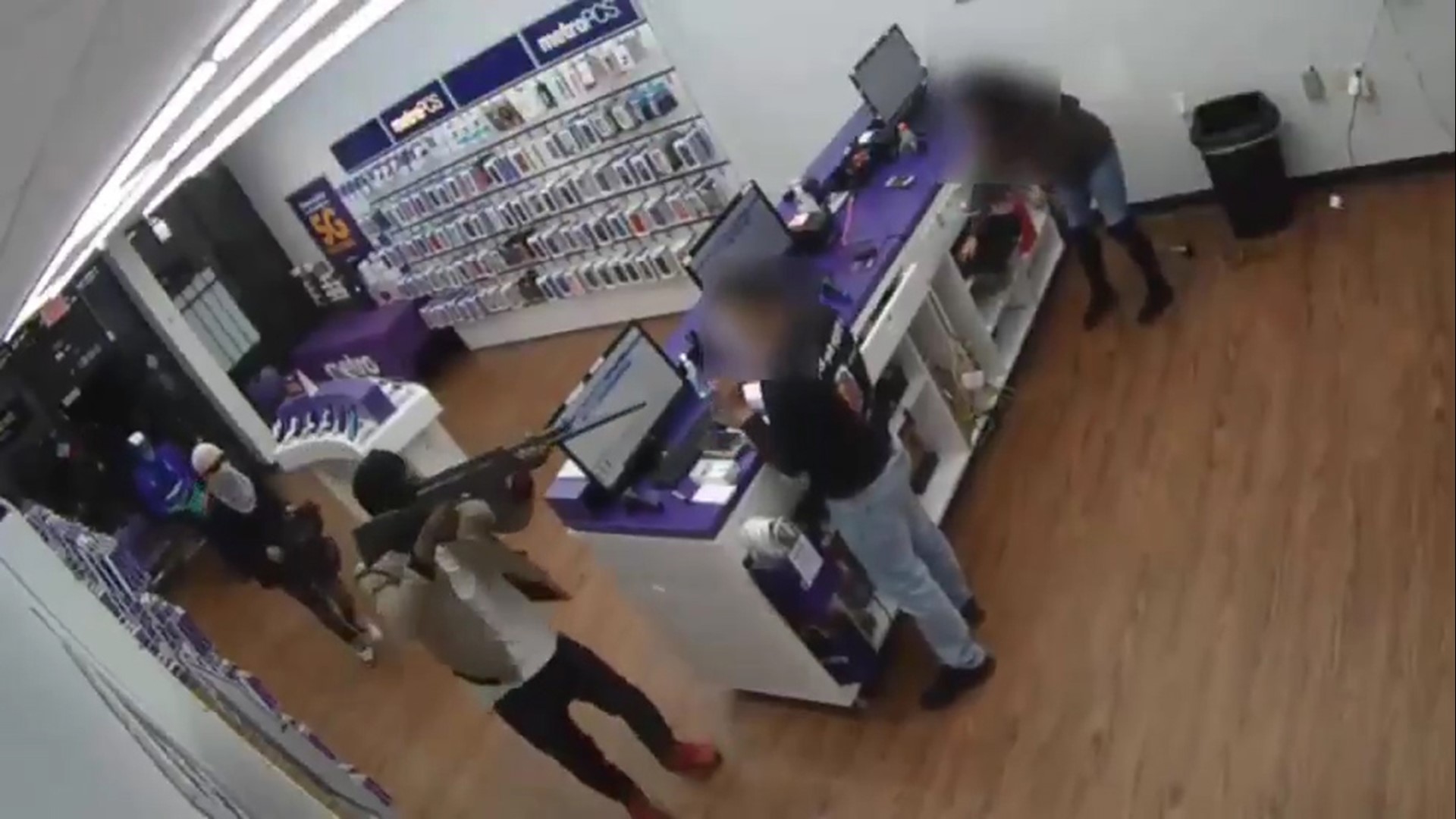 HOUSTON — Police are asking for the public’s help in identifying the suspects responsible for a violent robbery of a cell phone store in north Houston last month.

Houston police say the suspects ran into the business with one of the suspects holding an AR-15 rifle while demanding the money from the cash registers and safe.

The suspect with the AR-15 rifle then struck an employee in the face while demanding money and cell phones, police said.

The suspects were able to take the money from the cash drawers and phones from the safe in the back office.

The suspects then sped away from the location in a black SUV.

The suspects are described as: