The man took off running after the crash, but he was later found walking down the street and taken into custody. 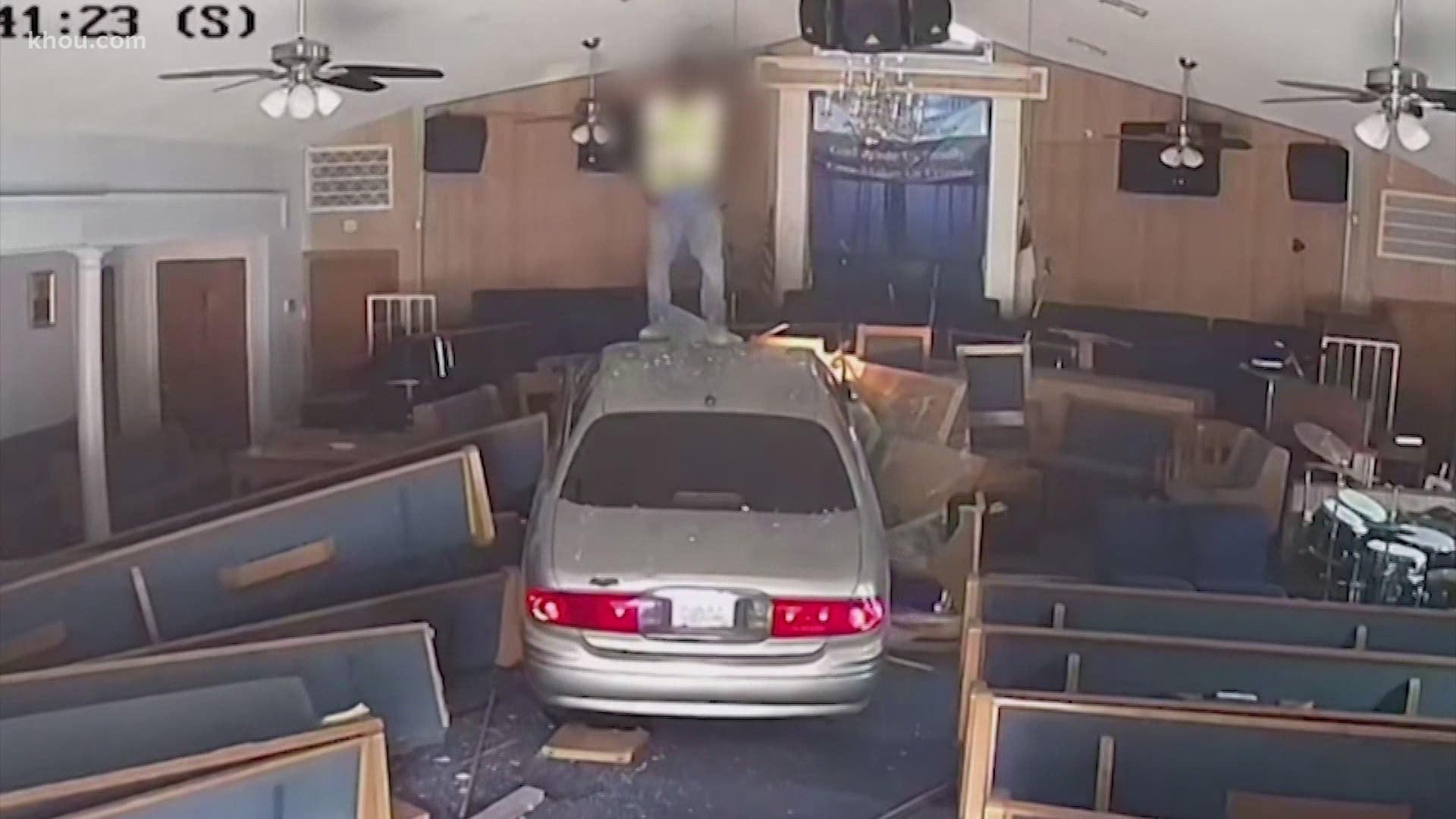 HOUSTON — A man accused of being under the influence is in police custody after crashing into a church in southeast Houston Monday afternoon.

This happened around 1 p.m. on South Wayside near Vasser Road at the New Mount Calvary Baptist Church.

Houston police said he drove his vehicle inside the church, all the way up to the alter.

Surveillance video captured the man climbing on top of his car after the crash. The man then starts jumping up and down on the hood of the car before yanking a chandelier from the ceiling of the church.

The man then took off running, but he was later found walking down the street and taken into custody.