Investigators are hoping someone will recognize the burglary suspect who was caught on camera kicking the front door in and sneaking into an Atascocita home. 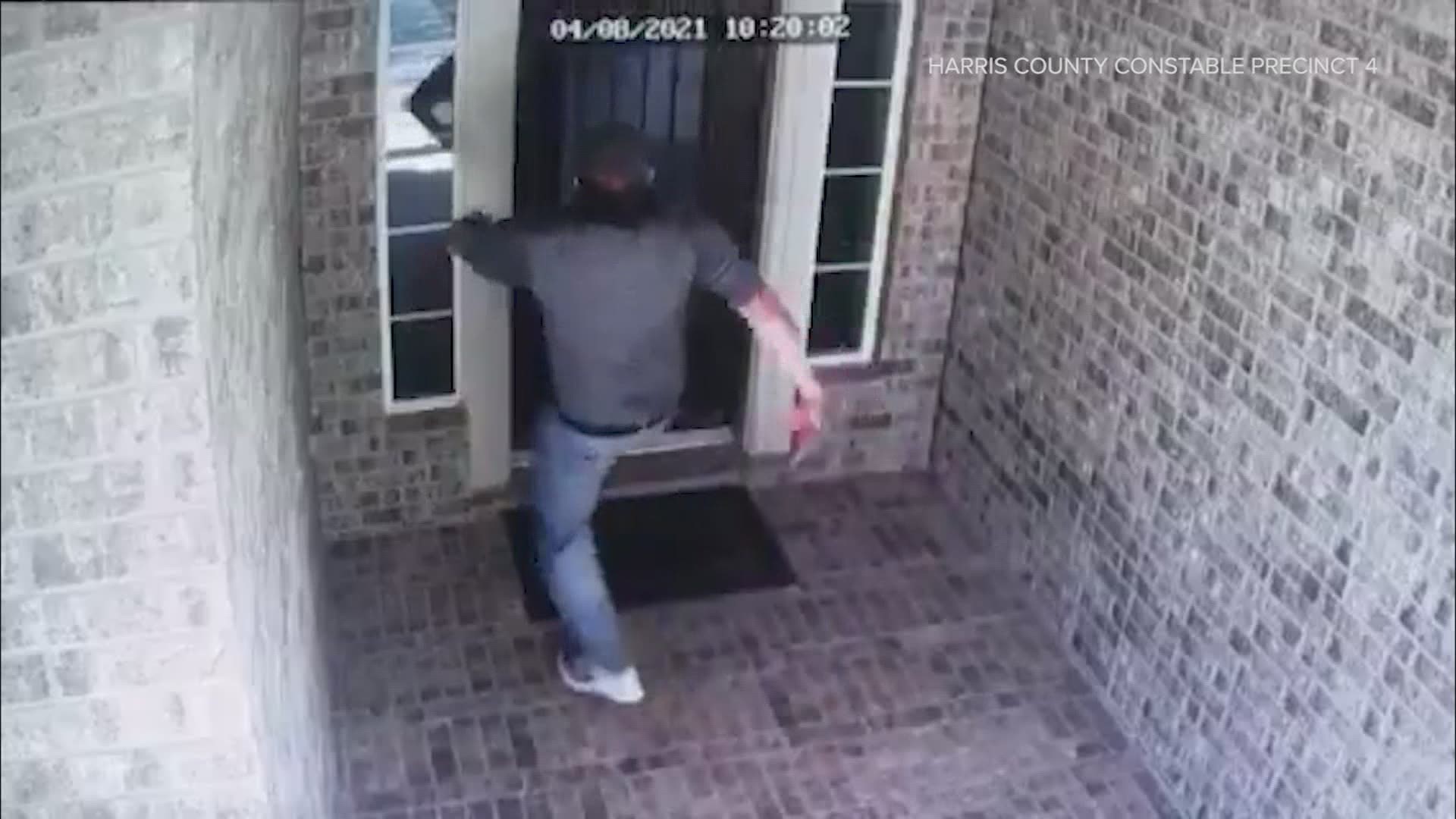 ATASCOCITA, Texas — Deputies with Harris County Precinct 4 are looking for a kick burglar who broke into a home in Atascocita recently.

They’ve released a video of the suspect sneaking into the home the morning of April 8, and they’re hoping someone will recognize him.

The man is seen casually peeking in the windows, then looking around while standing on the front porch. At one point, he looks straight at the security camera before pulling his mask up and his ballcap down.

The burglar then kicked the door open and went inside.

Deputies responded to the burglar alarm at the home on Mariposa Grove Lane in The Groves subdivision. They found a safe wide open but no sign of the suspect.

Homeowners say he got away with four guns, cash, credit cards and a Rolex.

Credit: Precinct 4
Precinct 4 deputies say a kick burglary suspect was driving this silver Nissan when he broke into a home in NE Harris County.

He was driving a silver Nissan, according to Precinct 4.

"If you recognize this suspect or have any information pertaining this case, you are urged to contact our dispatch or your local law enforcement,” Constable Mark Herman said.

CONSTABLE'S SEEK THE PUBLIC'S HELP IDENTIFYING SUSPECT CAUGHT ON CAMERA BREAKING INTO A HOME IN ATASCOCITA!