Two women have been arrested and charged in connection with the attack, which investigators are not calling racially motivated at this time. 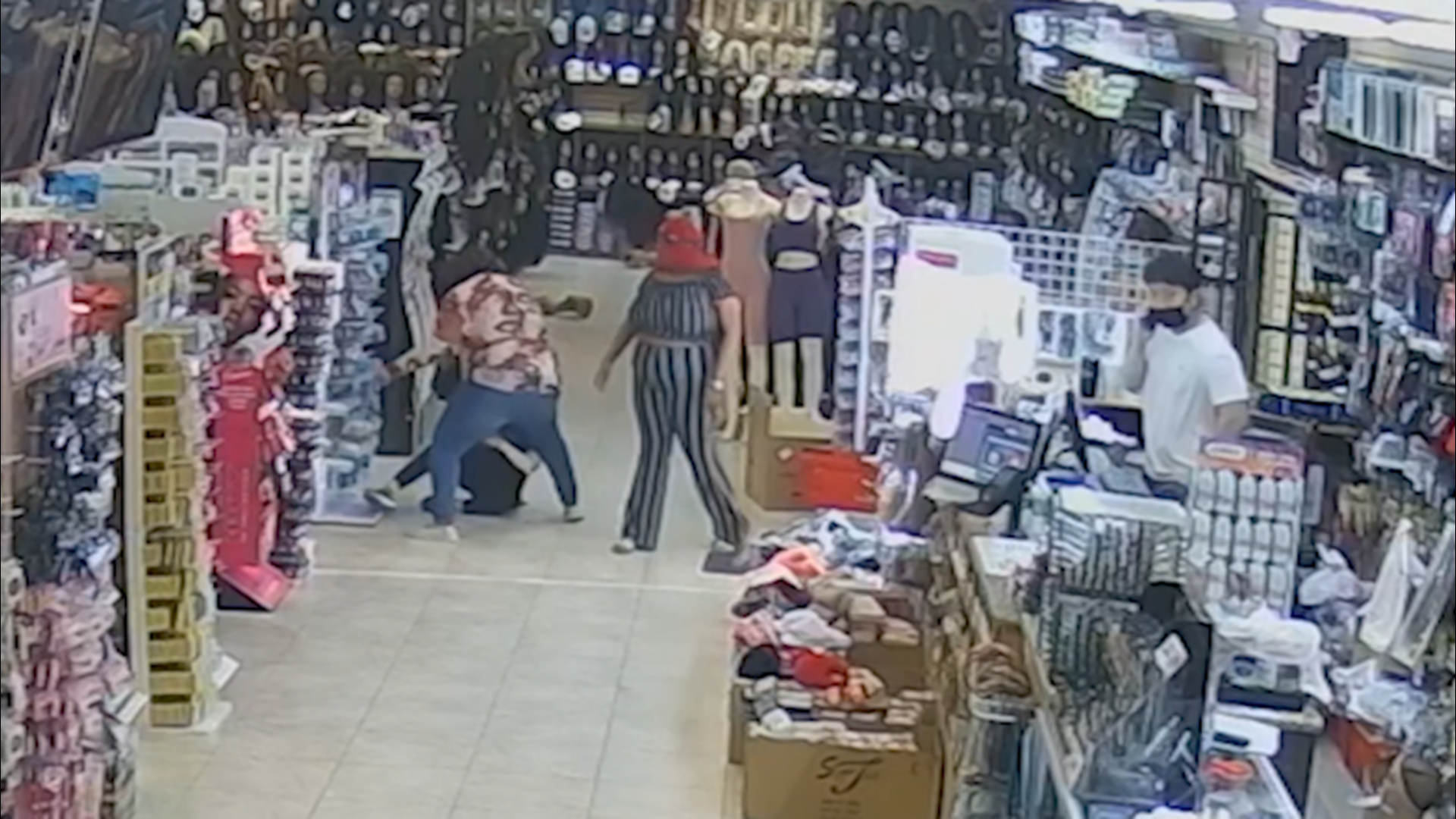 HOUSTON — After an attack on a north Houston store owner was caught on camera, the Harris County District Attorney's Office is working to determine if it was racially motivated.

Jung Kim owns Uptown Beauty Supply on Kuykendahl. She said on March 17, five women came into the store and knocked over some wigs. Kim asked them to stop playing around, and on their way out of the store, her son said he heard one of the women say, 'Asian people shouldn't be in the Black market.'"

"We shouldn't be selling wigs or something like that because we are Asian. That's what they were saying," Sungjun Lee said.

Less than a minute later, the women returned and that's when punches started flying and Kim was knocked to the ground. The beating is difficult to watch. Kim said she was punched in the nose why the women were calling her "Asian" and "Chinese."

WARNING: THE VIDEO BELOW IS GRAPHIC AND MAY BE HARD FOR SOME PEOPLE TO WATCH

Two of the women have been arrested. Daquiesha Williams, 22, is charged with assault and 24-year-old Keaundra Young is charged with aggravated assault. Authorities said Young tried to run over people in the parking lot.

Neither the Houston Police Department nor the Harris County District Attorney's Office is calling the incident a hate crime. They said they're still investigating to see if it meets the criteria. According to Texas law, they have to prove the victim's race was the motivation for the attack.

Williams said the incident played out differently than Kim and Lee said. She said she was the one who was targeted inside the store. She's due in court on Thursday morning.