Crime Stoppers may pay up to $5,000 for information leading to the charging and/or arrest of the suspect in this case. Info may be reported by calling 713-222-TIPS. 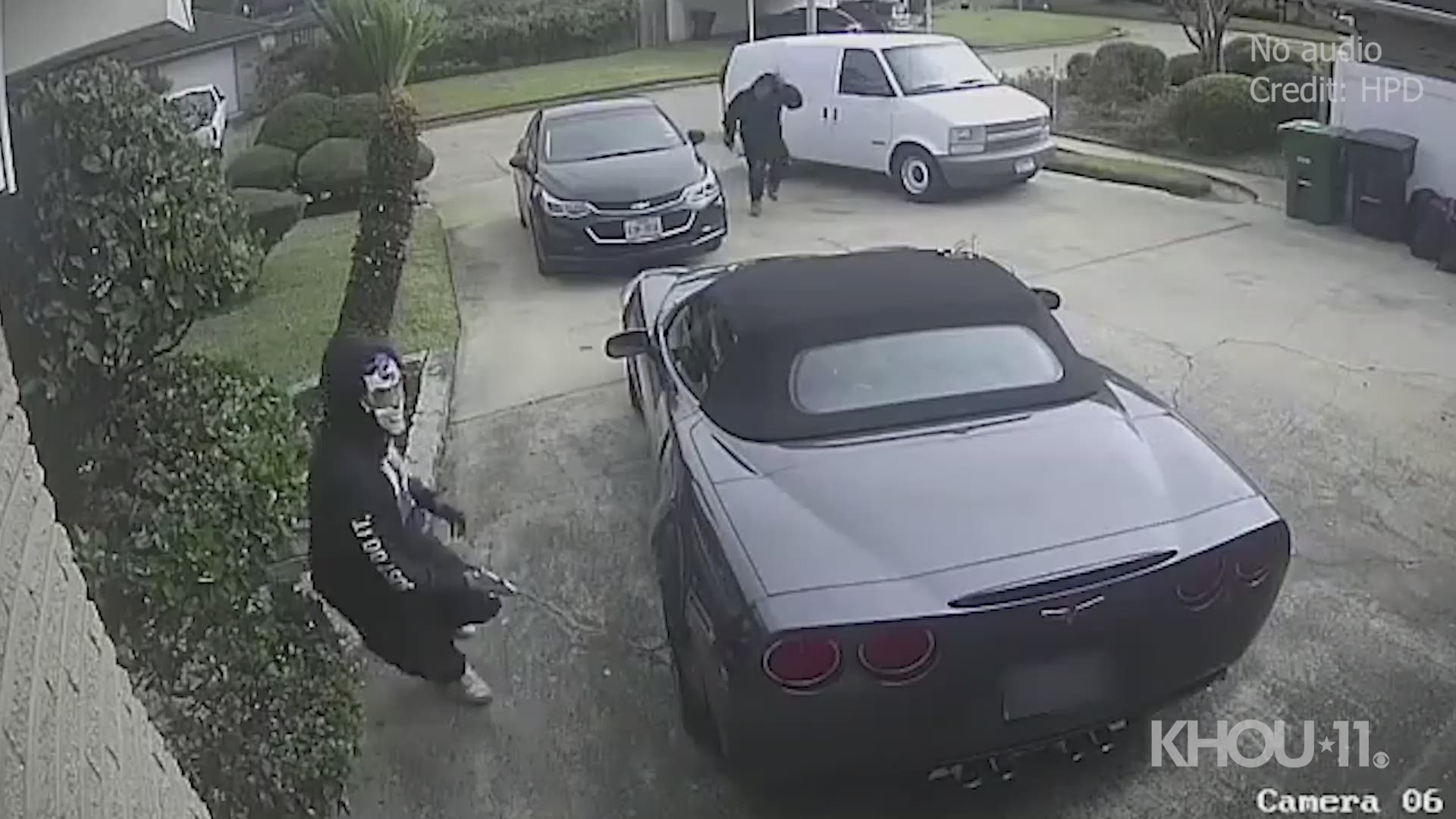 HOUSTON — Houston Crime Stoppers and the Houston Police Department’s Robbery Division hope someone will recognize the men caught on surveillance video in a brazen daytime robbery.

The victim said he was working outside his home in the 9000 block of Shady Lane when he saw a black sedan make a u-turn and come back toward his home.

The car stopped, and two men got out and quickly ran up to him while holding guns. The suspects grabbed the victim and dragged him into the house while demanding money.

As they made their way into the home, the victim’s wife heard the commotion and grabbed her gun. She came out of her bedroom, pointing the weapon at the suspects. The suspects shot at the woman, narrowly missing her, before fleeing the scene.