The violent attack was caught on camera. 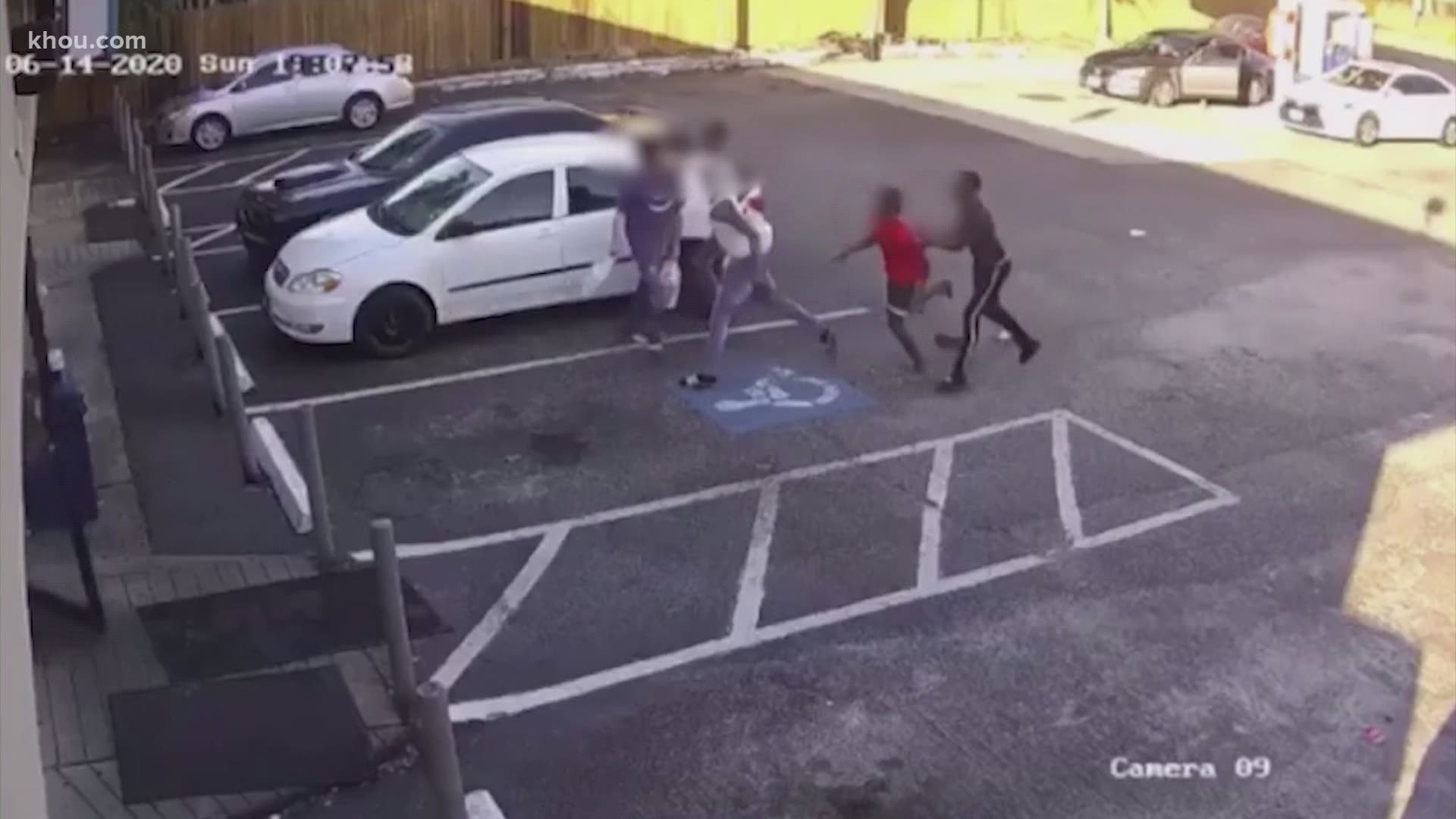 HARRIS COUNTY, Texas — Harris County Sheriff's Office deputies are searching for a group of people who attacked a man at a Klein gas station last weekend.

The attack was caught on camera.

According to deputies, a 24-year-old man was in the line at the gas station in the 7100 block of Oakwood Glen Boulevard on Sunday at about 7 p.m. when a group of about five people tried to cut in front of him.

A verbal argument ensued, deputies said, and the group then left the store and walked toward a black vehicle. When the victim left the store a short time later, the group confronted him and started the attack.

The victim was kicked and punched several times. He suffered a swollen lip and a laceration over his eye.