Both men then hopped back into their car and sped away. 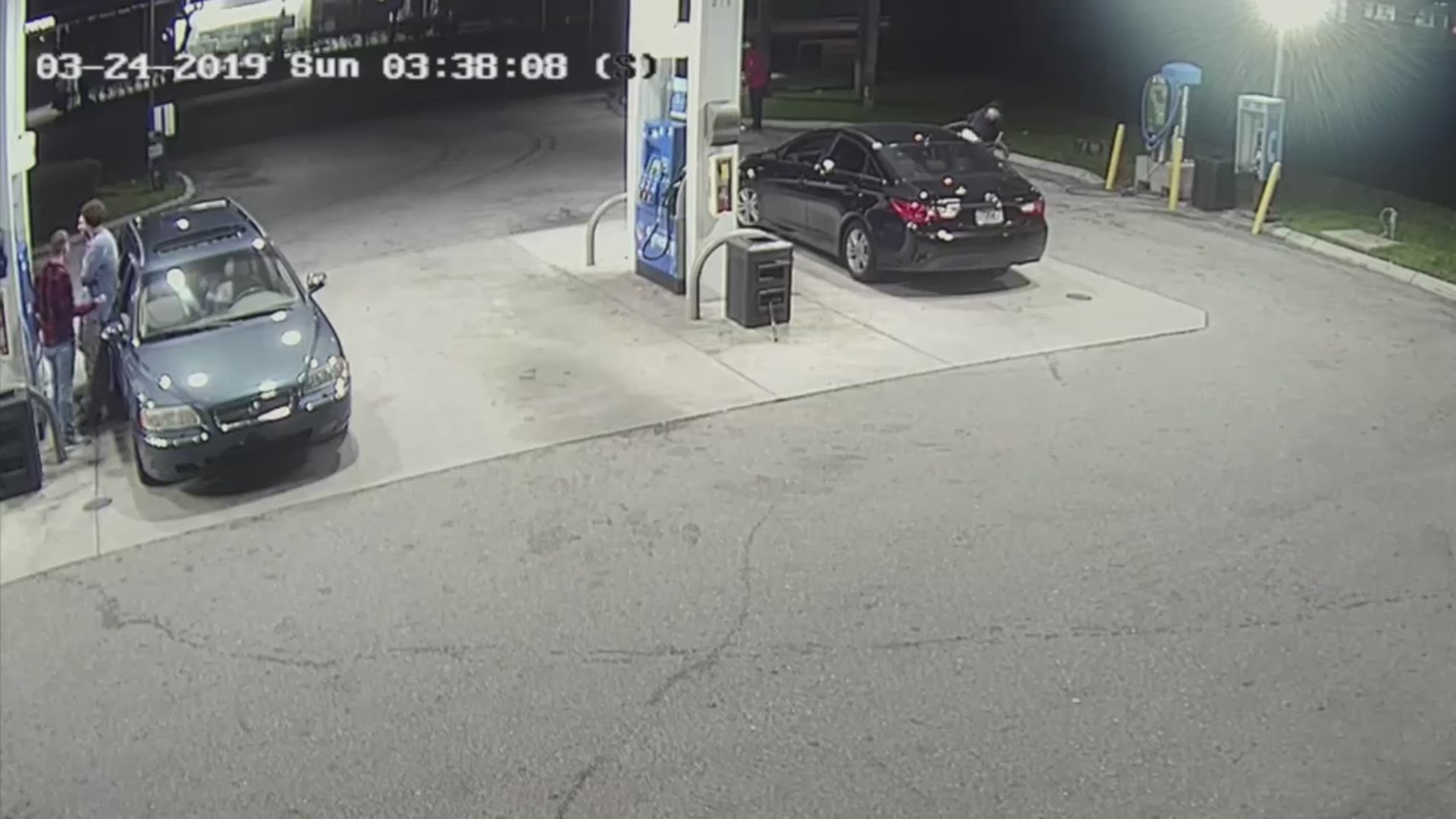 A pair of armed thieves tried to rob the wrong spring breakers.

The four spring breakers say they were pumping gas around 3:35 a.m. Sunday in Oakland Park, Florida when a man approached them with a handgun and said: "Give me everything you got." But, the spring breakers refused to be victims. They grabbed and tackled him.

During the struggle, the getaway driver ran over and began pushing them off the would-be robber. In the midst of it all, the gunman lost his firearm. One of the spring breakers picked it up and pointed it at both the thieves.

Both men then hopped back into their car and sped away.

Around 4:15 a.m., authorities say Fort Lauderdale police found the driver, Kevin Campbell, hiding in some bushes after a short foot chase. Campbell was arrested on several charges, including robbery with a firearm.

Deputies are still searching for the second would-be robber. He is described as roughly 6 feet tall and 210 pounds with a dark complexion and dark hair in dreadlocks. The handgun he used was reportedly stolen in a 2017 vehicle burglary.

Anyone with information should call Broward County Sheriff's Office Detective Mark Copley at 954-321-4738. You can also report tips anonymously by calling Broward Crime Stoppers at 954-493-8477.