A couple of fake DEA agents tried to talk their way into a home in Pearland Tuesday night. 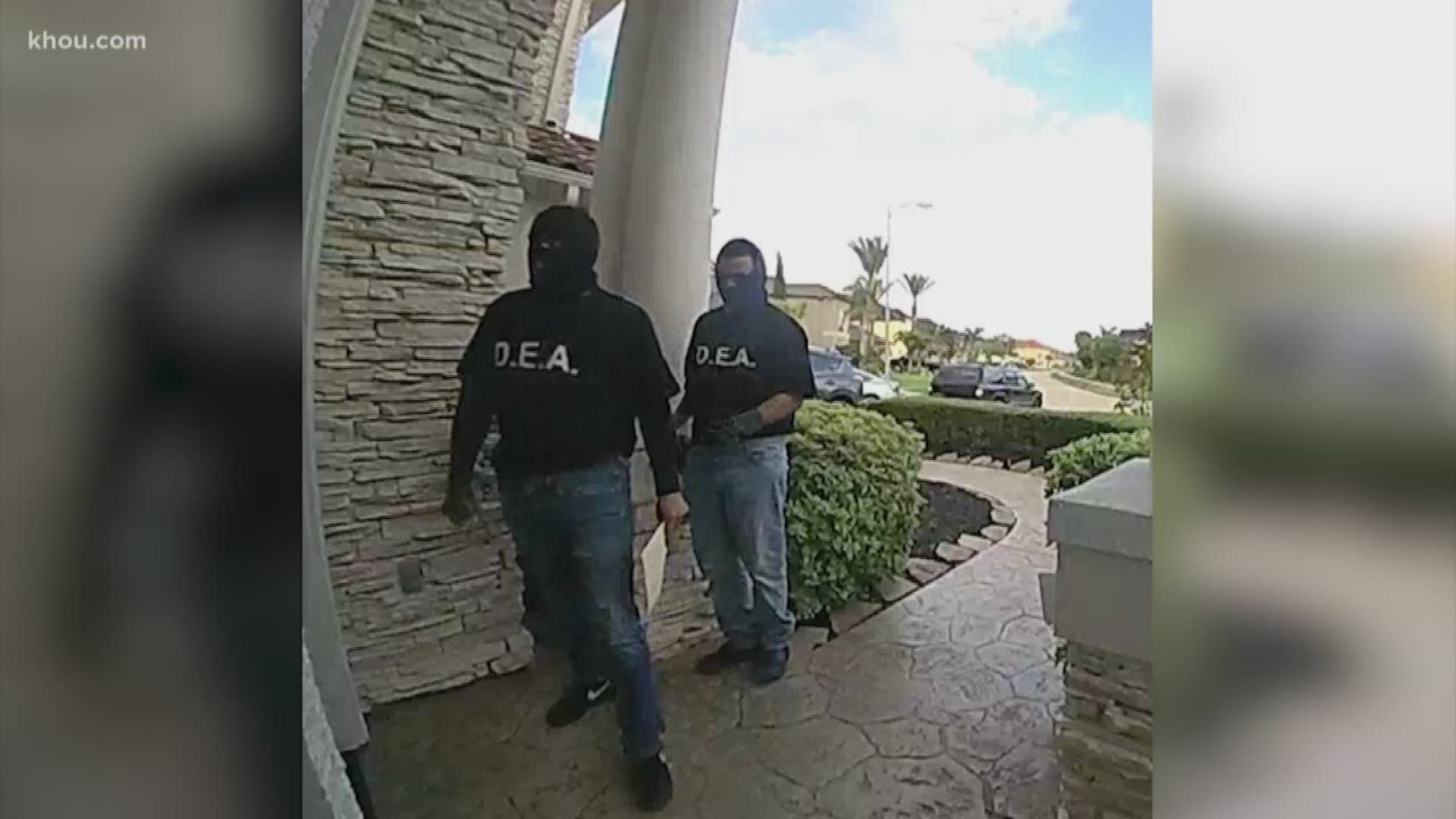 PEARLAND, Texas — Pearland police are warning residents to be on the lookout for a couple of fake DEA agents roaming the area.

They were caught on camera trying to get inside a home on Ivory Creek Drive.

The masked men were wearing black shirts with DEA lettering on the front and “police lettering” on the back.

Both appeared to be armed with handguns, according to Pearland police.

The woman inside warned them she was going to call the police so they ran off.

Police say they left in an older black Chevrolet SUV, possibly a Suburban or Tahoe with paper plates.

If you see them, call Pearland police.