Oscar Anibal Gomez's wife told KHOU 11 he leaves behind three daughters who are in Honduras. 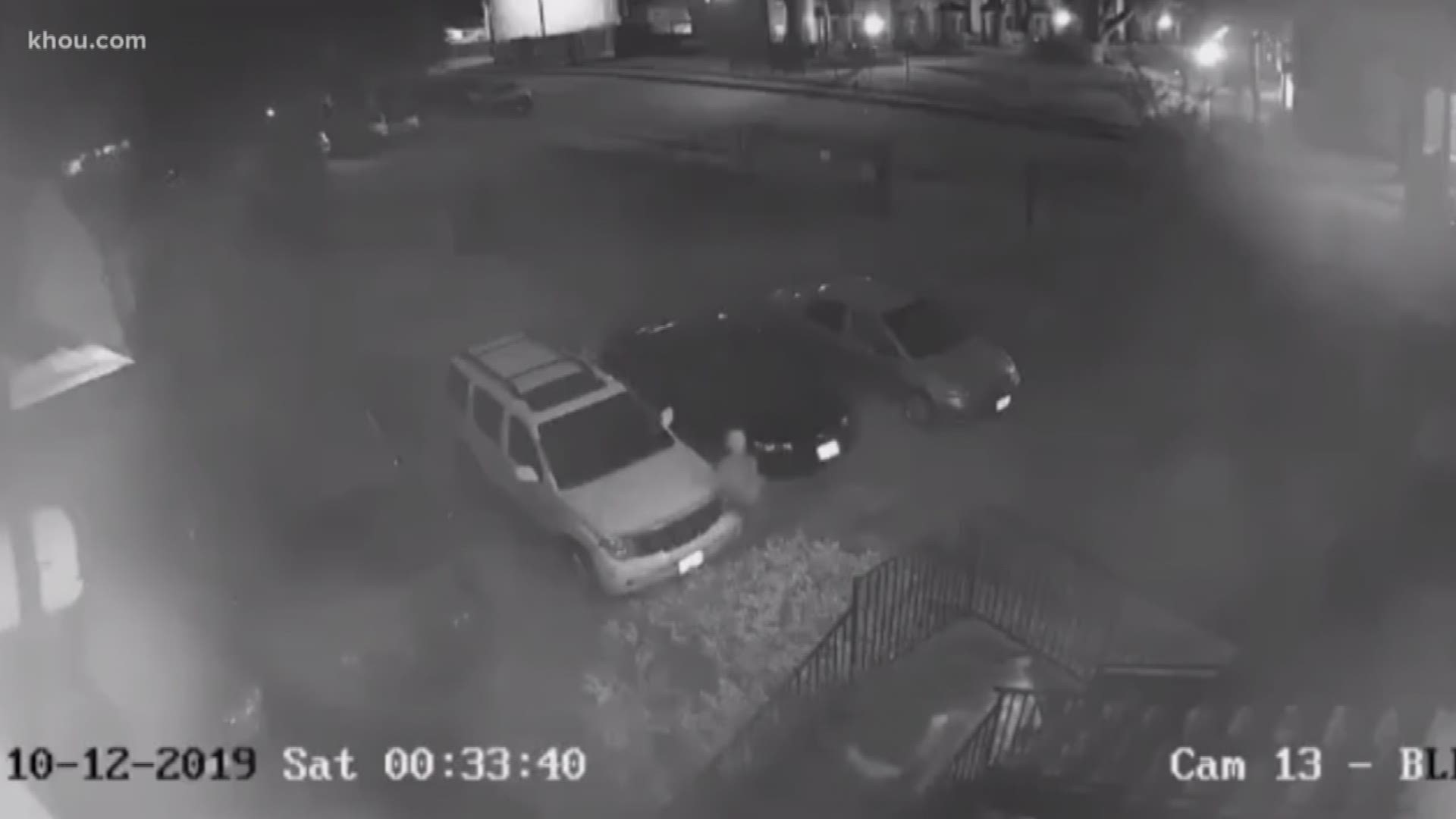 HOUSTON — Police released surveillance video Wednesday in the robbery and shooting of a man who died defending his wife from purse snatchers.

Police also released a composite sketch of the suspect who allegedly assaulted and robbed the man.

"I need justice. I need the police to do everything to clear this assassination," Claudia Pineda said Saturday, hours after her husband was killed. "He died there in my arms."

The shooting happened around 12:30 a.m. Saturday at a southwest Houston apartment complex in the 12600 block of Brookglade Circle.

The man's wife identified him as Oscar Anibal Gomez.

Police said Gomez and his wife were returning home when three men approached them in the apartment complex parking lot and demanded her purse. Gomez's wife said they had just returned home from the store.

Watch the surveillance video below.

The video shows the moment the suspects ambushed the couple. While the woman runs away, one of the suspects chases her. The other suspect starts beating her husband.

A car, which police believe is a black Nissan Maxima, pulls up and parks outside the complex. The suspects run towards the car, and the husband goes to help his wife.

But then one suspect comes back, pauses, and runs back to the car. The wife said that moment is when the suspect shot and killed her husband.

Crime Stoppers of Houston deputy director Nichole Christoph said cameras that have an unobstructed view of a well-lit area are the most helpful.

”Any time you can throw the smallest bit of information out there to the public, you never know what that one grainy video is going to trigger in somebody and remember," said Christoph.

Originally, police could only describe the suspects as three African-American men in  small black sedan.

”It helps tremendously because in this case before the video became available, the suspects were described very generally," said Christoph. ”We get a really good idea of the size and possible appearance of the suspect that was attacking the husband on the stairwell. That’s unfortunately the only person we get a really good look at it, but it’s a pretty good look.”

Pineda said she tried to give her husband CPR through directions by a dispatcher, but it was no use. She said her husband bled out.

"He died in my arms," Pineda said.

Car linked to other attempted robbery?

Detectives said this was not the only attempted robbery in the area on Saturday night. They said another woman was pistol whipped and had her purse and cellphone stolen. They said it happened at an apartment complex on South Glen Drive about 30 minutes prior to the one on Brookglade Circle, about a five minute drive away.

The three suspects got into an unknown black, four-door sedan and drove away. They were only described as black men.

Gomez's wife told KHOU 11 he leaves behind three daughters who are in Honduras.

A surveillance photo of the vehicle wanted in connection with Gomez's murder was released on Tuesday. It might be a four-door Nissan Maxima.