The teen is charged with three counts of murder and one count of aggravated assault with a motor vehicle. 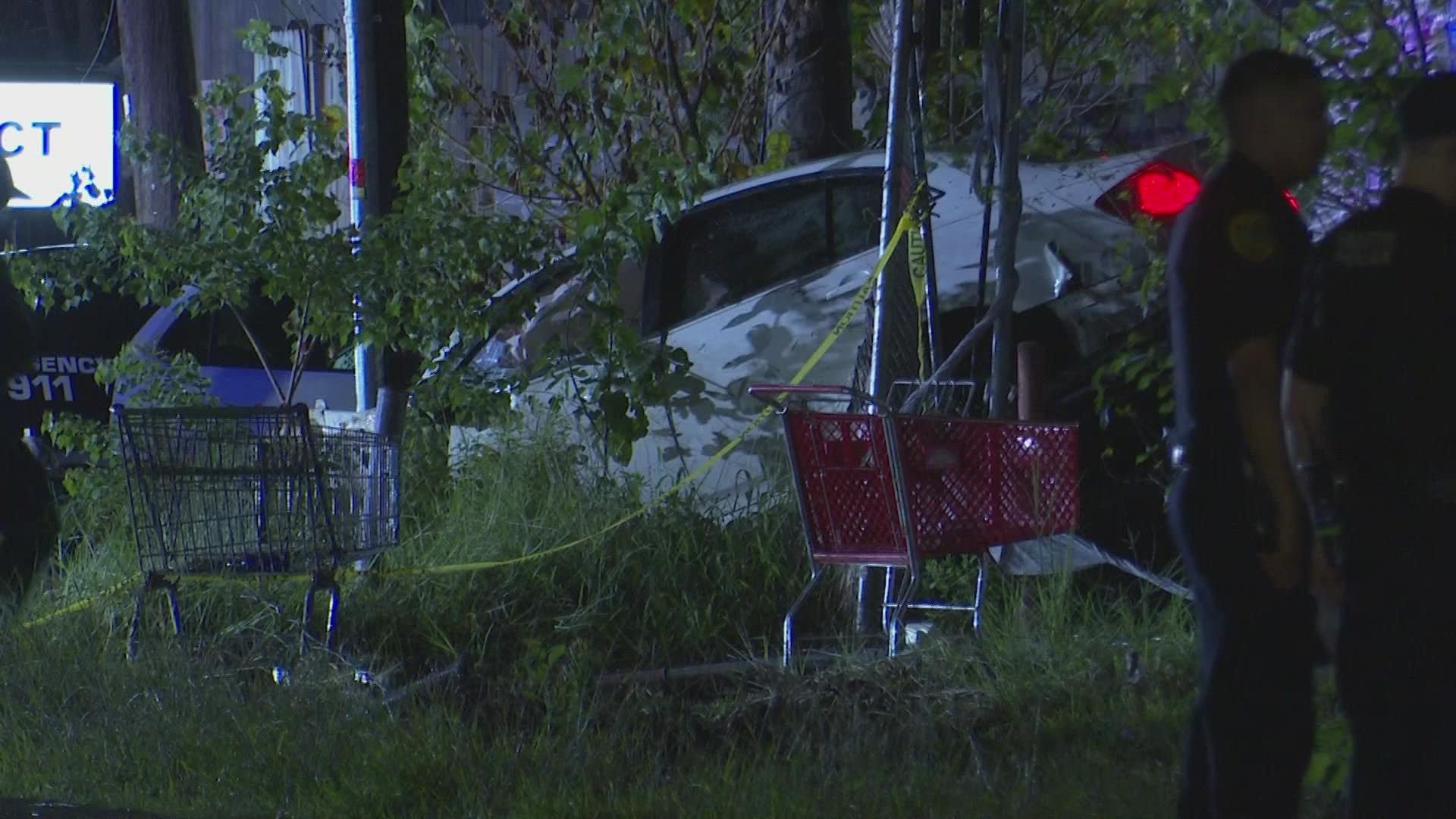 HOUSTON — A 17-year-old driver has been charged in connection with the deaths of three valet employees who were killed Friday night.

The 17-year-old is charged with three counts of murder and one count of aggravated assault with a motor vehicle. Houston police said the suspect remains hospitalized at this time.

The fatal crash happened at about 10:30 p.m. on Fairdale Lane near Fountainview Drive.

Houston police said a sergeant on patrol saw a white Infiniti G37 doing donuts in a private parking lot in the Galleria area. Moments later, the vehicle started driving eastbound on Fairdale. The sergeant turned on his emergency lights to try to stop the driver, and within seconds, police said the vehicle sped away.

Fnan Measho, Nick Rodriguez and Eric Orduna were pronounced dead at the scene. The driver and his passenger were taken to a nearby hospital with non-life-threatening injuries.

Police said it was determined the suspect driver was not intoxicated.

Sean Teare, with the Harris County District Attorney's Office, called the scene the most "egregious" he has seen in a very long time.

Fnan Measho, 18, was working toward becoming a police officer in the city he loved, Houston. Those dreams were cut short Friday night when he and two other valet employees were killed while they were working in the Galleria area.

"Fnan was doing his job," Dawit Woldu said. "Such a senseless accident. It’s a tragic loss."

RELATED: 'He was the breadwinner' | Teen killed while working as valet was African immigrant, Bellaire HS grad

Woldu spoke on behalf of Measho's family, which immigrated to Houston from Eritrea, a country in northeast Africa. The teen ran track for Bellaire High School and graduated in May. Woldu said Measho taught Bible study at Eritrean Tewadeo Orthodox Church.

"He was a role model for the kids," Woldu said. "He was studying criminology. He wanted to be a police officer. Serve the community, the city that he loved so much."

He was a college student by day, attending the University of Houston-Downtown, and a valet by night.

"He was the breadwinner of the family," Woldu said.

"He was such a kind, nice, but most importantly, very responsible kid," Woldu said.