The victim told police she had just dropped off a customer in the 8800 block of Broadway when she was ambushed on March 20. 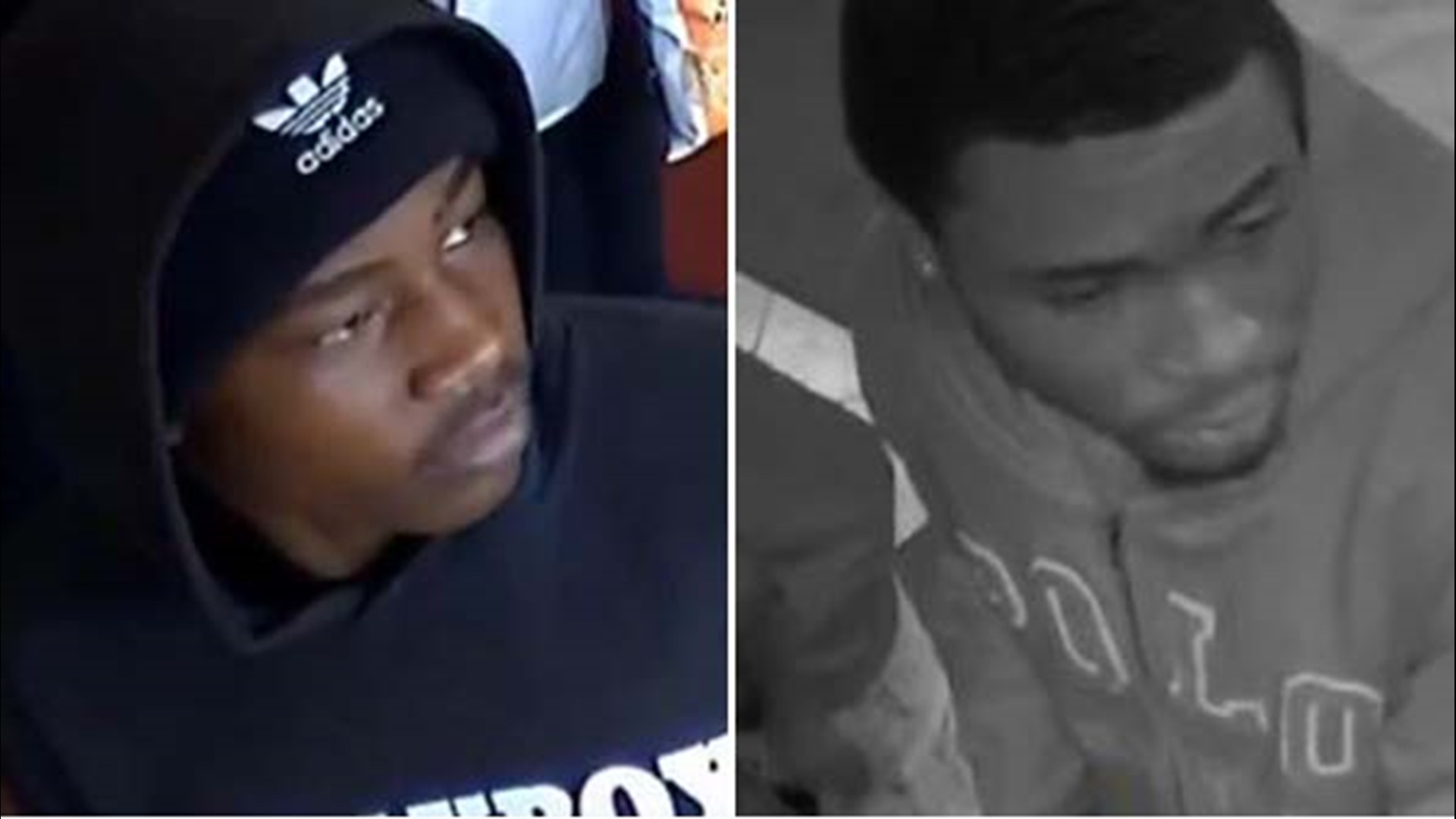 HOUSTON — Houston police are hoping someone will recognize two carjacking suspects accused of stealing an Uber driver’s car and credit cards at gunpoint.

The victim told police she had just dropped off a customer in the 8800 block of Broadway when she was ambushed on March 20. She watched helplessly as the suspects took off in her car.

Police say they drove to a convenience store in the 11400 block of MLK where surveillance video showed them using the victim’s stolen credit card. One was wearing a Playboy hoodie and the other was wearing a Polo hoodie.

They returned the next day but this time they left the stolen car in the parking lot, according to Crime Stoppers. The shorter suspect was wearing the same Playboy hoodie.

During the investigation, police say they also found a surveillance camera that showed that same guy loading a gun before the carjacking.

Information leading to the charging and/or arrest of the suspects may result in a reward of up to $5,000 from Houston Crime Stoppers.

Contact Crime Stoppers directly at 713-222-TIPS (8477). You can also submit anonymous tips online at www.crime-stoppers.org or through the Crime Stoppers mobile app.

We need your help to identify the suspects wanted after car-jacking an Uber driver at gunpoint and then using her stolen credit card at a convenience store on Mar. 21 at 11400 MLK. If you know them, call @CrimeStopHOU w/info. See this story and more at https://t.co/eJba69OurX pic.twitter.com/9n84reAAZW