The chase ended when the suspects' vehicle crashed into a barrier and went through a fence. 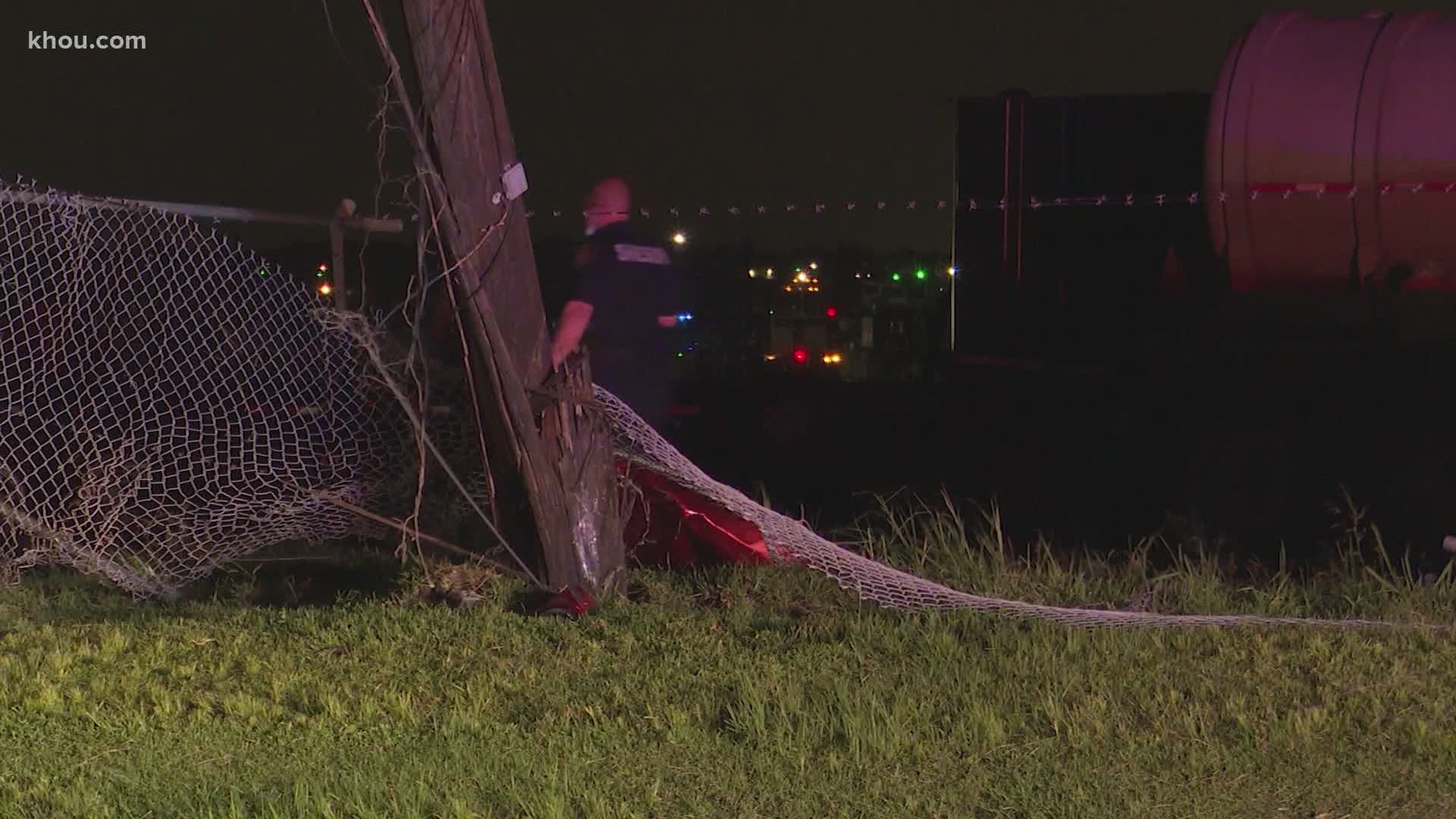 HARRIS COUNTY, Texas — Two men are in custody after leading police on a brief chase through Channelview overnight Saturday.

Investigators said the chase started when a Harris County deputy spotted a vehicle doing donuts in the middle of the street. The deputy signaled the vehicle to pull over, but the driver sped off.

That's when the chase began, but it quickly came to an end when the driver crashed into a barrier and went through a fence in the 16600 block of Market Street.

Two men were in the vehicle and both were taken to the hospital for their injuries. They were also arrested.