HPD: Two men shot to death after being ambushed by large group of people

Police say the victims were inside a car when four cars surrounded it and boxed them in before opening fire. 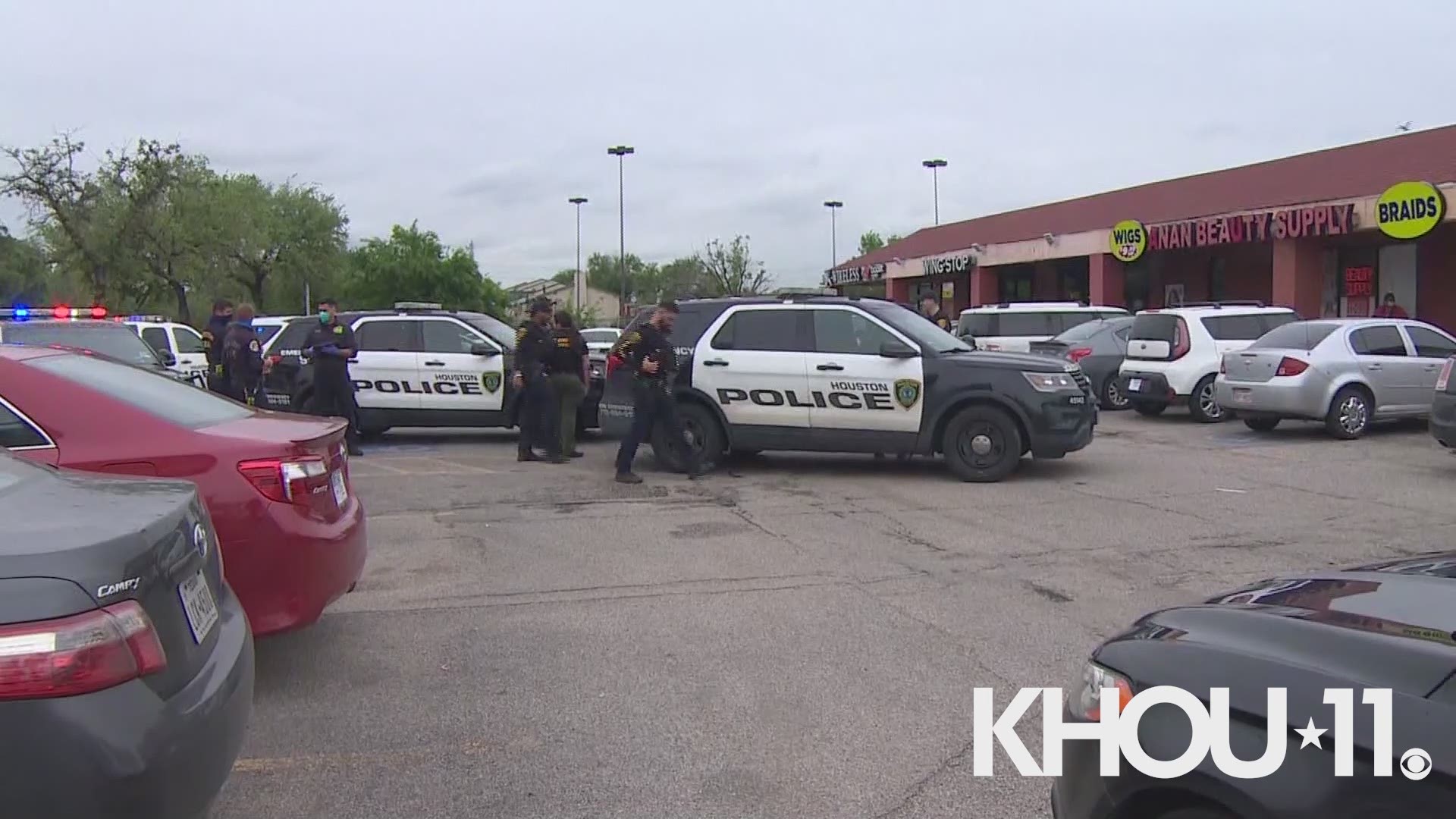 HOUSTON — Two men were found shot to death inside of a vehicle Thursday after Houston police said they were ambushed by a large group of people.

This happened at about noon at an apartment complex in the 8500 block of Broadway -- which is in southeast Houston.

Houston police said the two victims were parked inside of the apartment complex and sitting inside a maroon vehicle when their vehicle was boxed in by at least four cars. Police then said a number of people got out of their cars and multiple rounds were fired at the two victims.

The two victims were pronounced dead on scene.

Houston police said there were multiple shell casings found around the victims' vehicle.

At this time, no suspects are in custody.

Police are speaking to witnesses and looking through the surveillance video to identify the suspects and/or suspects' vehicles involved.

"We will toss every stone and shake every tree to find out who dd this," said Officer Ben Tien.

The victims have not been identified.

Southeast officers are at a shooting scene 8500 Broadway. 2 adult males deceased at the scene. 202 pic.twitter.com/vvWyBfVBSs