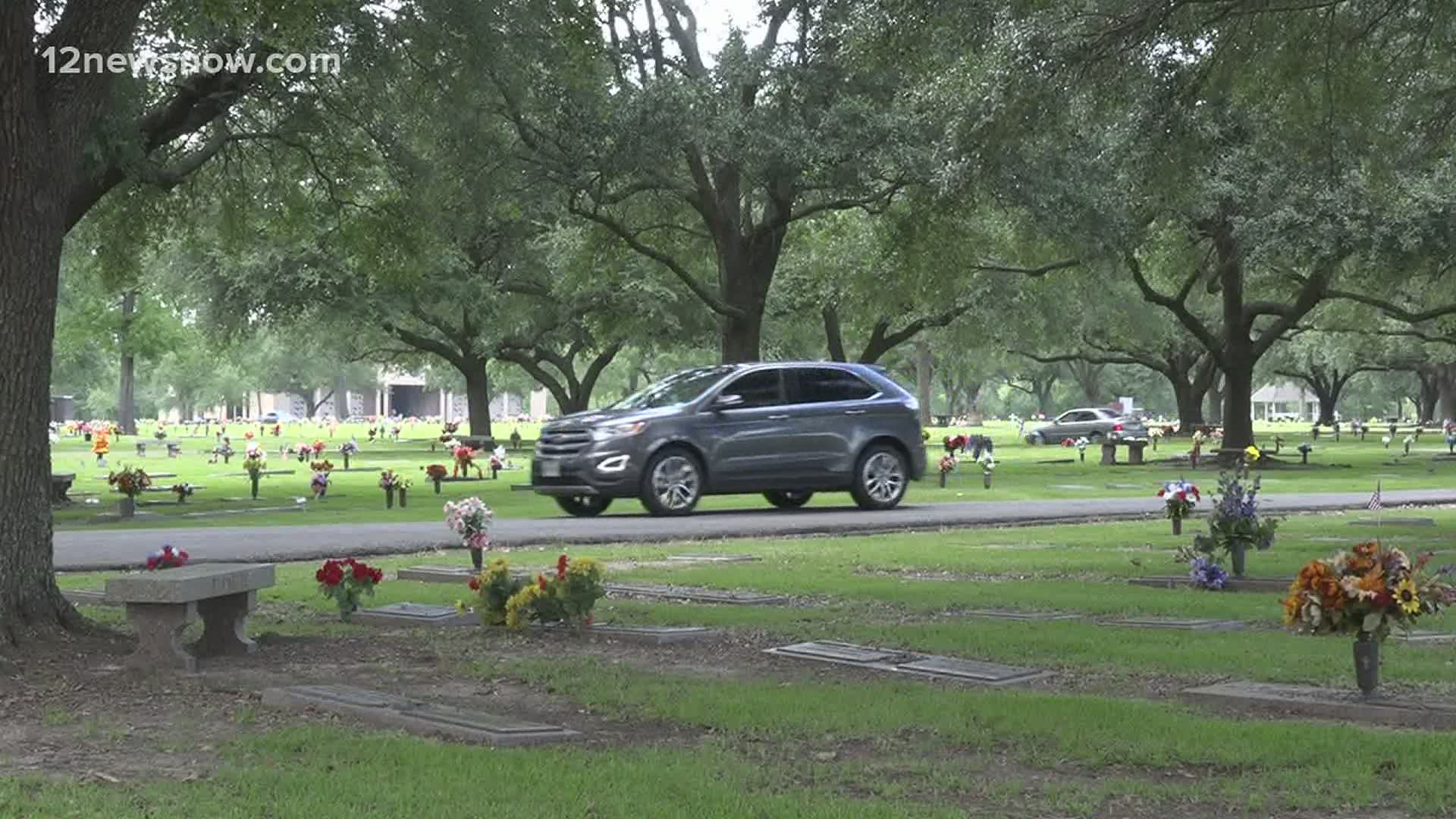 Michael Shane Socia from Jasper County was arrested earlier this week, and Terry Allen Tubbs from Vidor was arrested on Wednesday according to a Jefferson County Sheriff's Office news release.

The men are accused of stealing vases from gravesites at Greenlawn Cemetery and Oak Bluff Cemetery in Port Neches early in July according to the release.

Vases taken from Oak Bluff were found in the wood line and were returned to Oak Bluff Memorial Park.

With tips from the community, as well as help from investigators in Port Neches, Jasper County, Orange County, and Vidor, warrants were issued for the two suspects.

According to a Jefferson County Sheriff's Office news release: