Teen claims he was sleeping when he stabbed twin sister to death, court records say

Benjamin Elliot said when he realized he wasn't dreaming, he pulled the knife out of his sister's neck and called 911, court records said. 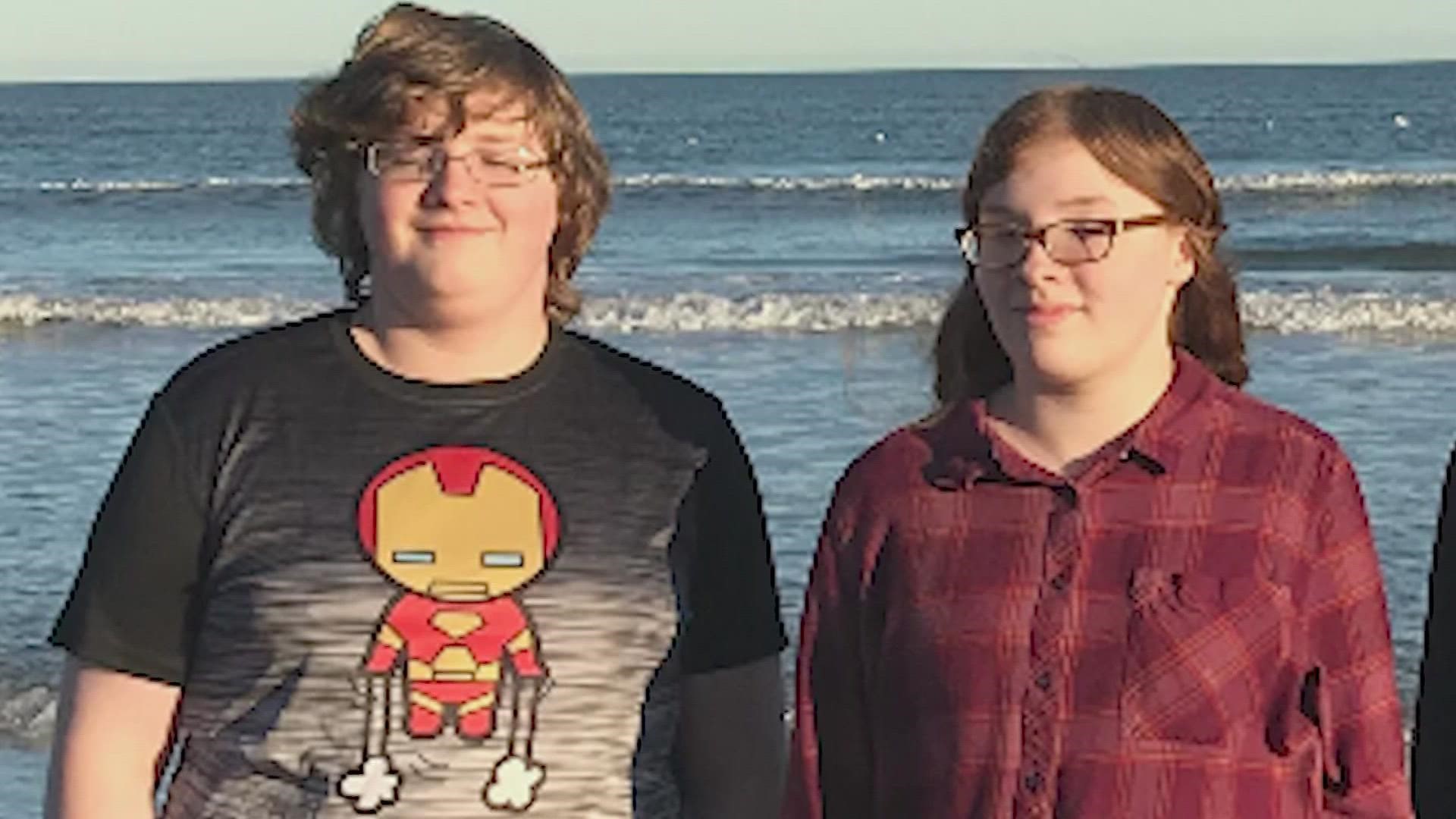 HARRIS COUNTY, Texas — The teen who reportedly admitted to stabbing his twin sister to death Wednesday at their Katy-area home has told authorities he was sleeping when he committed the act at their home in the 4100 block of Brown Meadow Court.

According to court records, Benjamin David Elliott, 17, told police that sometime between 2:30 and 3 a.m., he woke up in his twin sister's bedroom and saw a knife in her neck. He said after he realized he was not dreaming, he removed the knife, turned on the light to the bedroom and placed pressure on 17-year-old Meghan Elliott's wound with a pillow.

He claims he then ran into his bedroom, grabbed his phone and called 911, authorities said.

RELATED: 17-year-old accused of stabbing his twin sister to death while their parents slept at their Katy-area home

Raw court video: Teen claims he was sleeping when he allegedly stabbed his twin sister to death

Dispatchers guided Elliott on how to perform CPR on Meghan, who had been stabbed at least twice in her neck. Seven minutes into the 911 call, he called out to his parents who were heard yelling and crying in the background, according to court records.

Elliott reportedly admitted to police that he doesn't suffer from any sleep irregularities and he didn't consume any drugs or alcohol before going to bed.

Elliott has been charged with first-degree murder in this incident and was given a $100,000 bond. He didn't appear at his first court appearance, instead, he was screened by the mental health unit.

“We are still gathering all of the facts and details of this tragedy. There is no question Benjamin loved his sister very much. They were extremely close and the best of friends. The family is asking for privacy as they process this heartbreaking event.”