'Turn yourself in. Show remorse' | Prosecutors hope to put the brakes on street racing after fiery crash

Street racers are blamed for a crash that nearly killed a Houston couple and their baby. If caught, they could have their cars seized and go to prison. 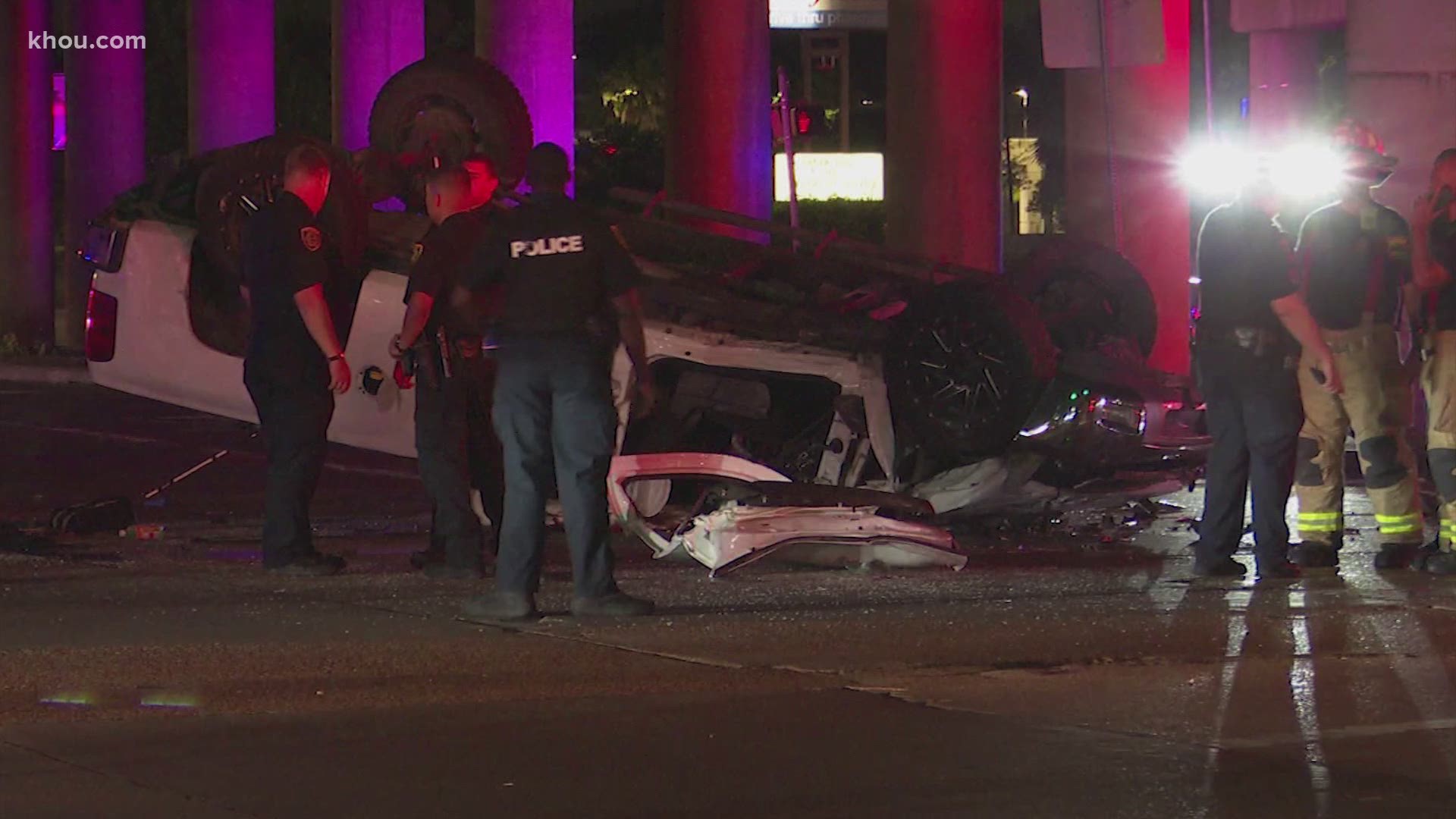 HOUSTON — Houston police are hoping the public can help them track down two street racers who caused a crash that sent a truck flying off the I-45 overpass and a car to burst into flames.

With the help of Good Samaritans and first responders, everyone survived that crash Thursday night, including a baby.

Police say street racing is a major problem across Houston.

He says the stretch of the North Freeway where Thursday’s crash happened is a problem spot, but street racing happens all over the Houston area.

Some of the drivers are strangers with fast cars who challenge each other on the roads. Other times, they’re linked to organized groups.

Teare says prosecutors are also charging them with felonies when appropriate and seizing vehicles.

“What we believe that we’re gonna see over the course of the next year or so is that that’s gonna change behavior,” he said. “When they know that they’re facing felony charges, when they lose that object that they love and that they use to do this, the car, things are gonna change.”

Teare says the two drivers in Thursday’s crash could face up to 20 years in prison, depending on the charges, which could range from aggravated assault to misdemeanor racing.