Trial begins for man accused in choking death outside Denny's

Terry Thompson, husband of a then Harris County deputy, is accused of choking 24-year-old John Hernandez outside a Denny's restaurant in the Sheldon area. 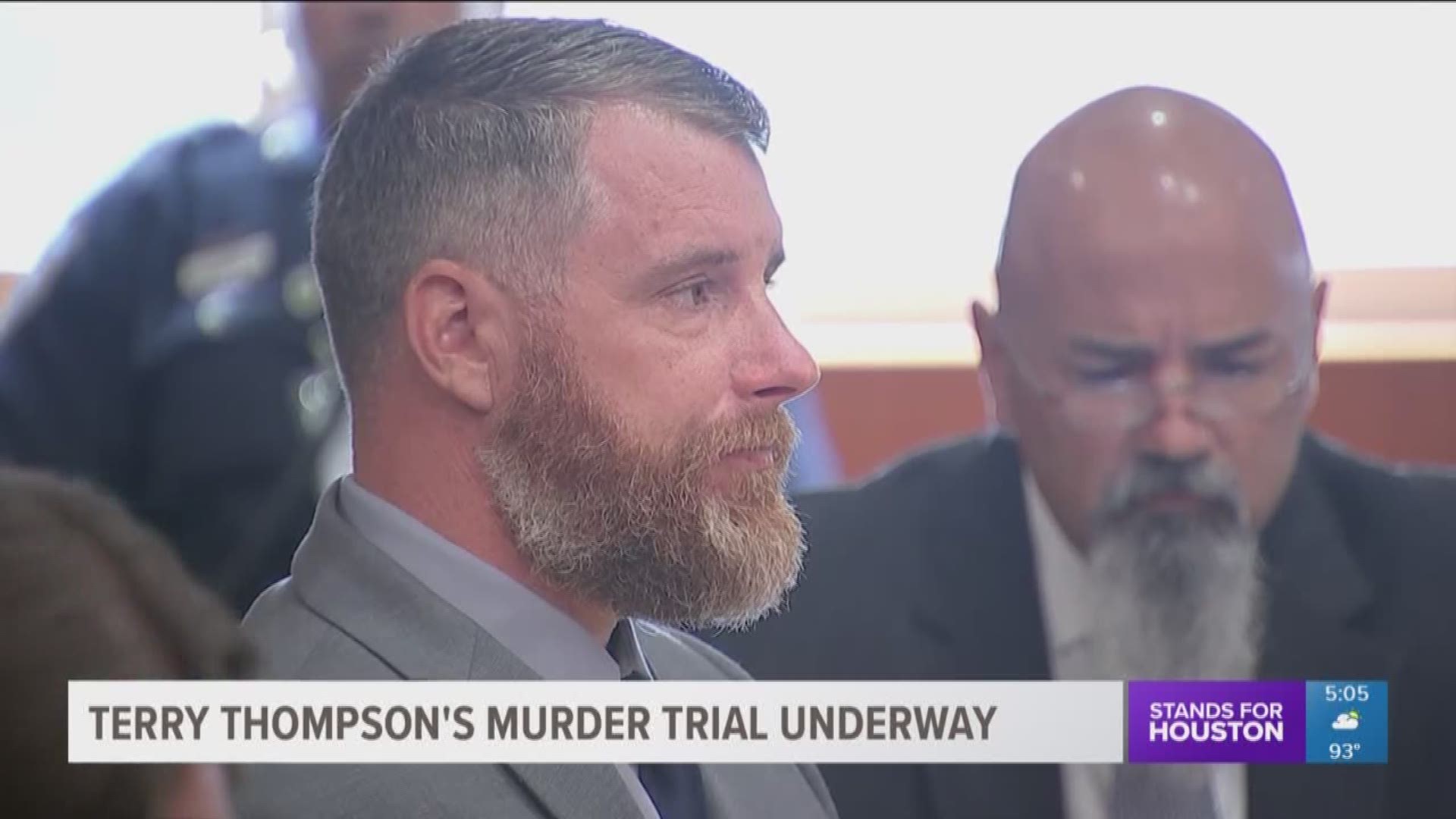 HOUSTON – The trial of Terry “Brian” Thompson started Wednesday in a downtown courtroom filled to capacity.

Thompson, husband of a then Harris County deputy, is accused of choking 24-year-old John Hernandez outside a Denny’s restaurant in the Sheldon area.

Thompson has pleaded not guilty.

Opening statements were held Wednesday along with a protest outside the Harris County Courthouse. Attorneys told dramatically different accounts of the events that occurred on the night of May 28, 2017 outside of a Denny’s restaurant.

Harris County Assistant District Attorney Jules Johnson told jurors Hernandez made a “fatal mistake” that night when he left the restaurant and urinated behind his truck in the Denny’s parking lot.

“(Thompson) starts yelling at Mr. Hernandez,” Johnson said. “The defendant has strategically placed himself in the way. What you will hear is that within seconds the defendant has the upper hand.”

The confrontation between the Thompsons and Hernandez was caught on camera. Thompson reportedly got into a fight with him after seeing him urinating outside a Denny's restaurant.

Johnson told jurors Hernandez was held in a choke-hold by Thompson for much longer than the eyewitness cell phone video shows.

Hernandez was taken to the hospital after he stopped breathing while Thompson was restraining him. Hernandez was left brain dead and then taken off life support days later.

"(Thompson) continued to hold this chokehold until it is confirmed that Mr. Hernandez is no longer breathing. Upwards of 15 minutes... with what's in the defendant's words as a choke hold." said the prosecutor in the case to the jury on Wednesday.

Defense attorney Scot Courtney described the incident as a “story of two fathers.”

“(Hernandez was) watching soccer all day, drinking and getting drunk,” Courtney told jurors. “The other father spends his day at a family reunion.”

Courtney described Hernandez as unemployed and noted he was not married to the mother of his 3-year-old daughter.

Courtney told jurors Hernandez was intoxicated as he drove his girlfriend and daughter to the Denny’s that night.

The defense attorney told jurors Hernandez was the aggressor after Thompson confronted him about urinating in the parking lot.

“(Hernandez) shoved (Thompson) and hit him in the face,” Courtney said. “Mr. Thompson reacts and defends himself.”

Courtney said Thompson did not intend to kill Hernandez.

Aleman testified he was called to the Denny’s by Hernandez’s common-law wife but the scene had been cleared by the time he arrived.

Graphic autopsy photos were displayed on a projector for jurors. The assistant medical examiner pointed out Hernandez’s purple coloring and burst blood vessels throughout his face and in his eyeballs.

Thompson did not look at the photos as they were shown in the courtroom.

Hernandez’s official cause of death is homicide by "anoxic encephalopathy due to strangulation with chest compression."

The Hernandez family has been fighting for justice for their son since this all happened last year.

There are eight male jurors and five female jurors; the jury is composed of Hispanics, Caucasians and one African-American.

Chauna Thompson will be tried later this year. Terry Thompson faces life in prison if convicted.