The victim was flown by Life Flight to the Texas Medical Center after being shot in the face, 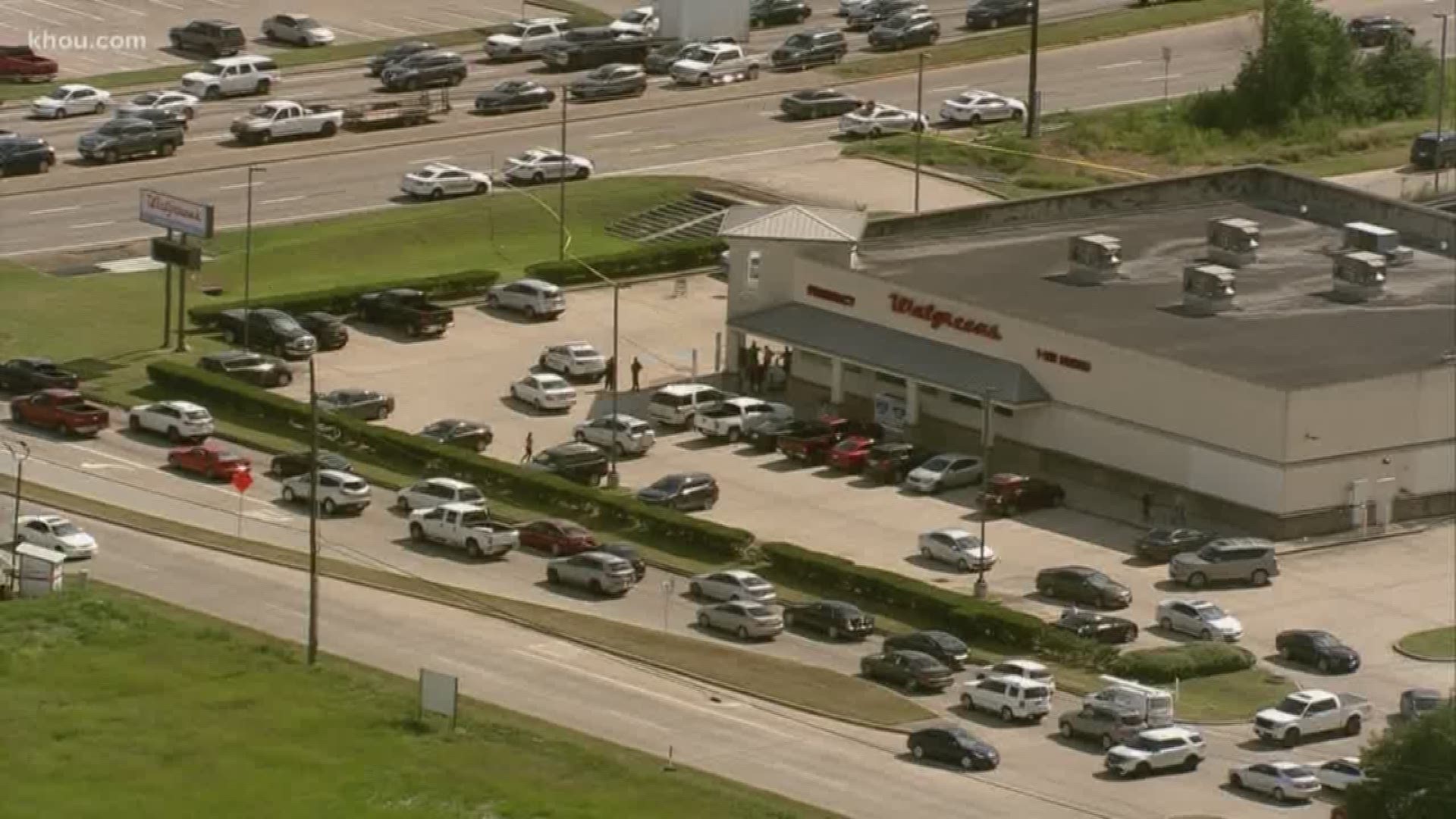 HARRIS COUNTY, Texas — Investigators from sheriff's office's violent crimes division are trying to figure out what led up to a shooting Friday afternoon.

Deputies found the shooting victim in the parking lot of a Walgreens, near the intersection of FM 529 and Queenston Boulevard, but tell KHOU 11 News they aren't sure that's where the shooting happened.

According to law enforcement sources, someone called 911 around 3:30 p.m. and told dispatchers a tow truck driver had shot their friend in the face.

Witnesses said the victim had pulled into the Walgreens parking lot in a gold-colored Honda. Friends got out of the car and into another parked vehicle in the lot.

That's when what appeared to be a dark-colored tow truck pulled up.

Words were exchanged before the truck driver pulled a pistol from his back pocket and shot the man once in the face.

The truck driver took off, according to deputies.

The victim, in his 30s, was flown by Life Flight to the Texas Medical Center with a gunshot wound to the mouth.

A spokesperson for the Harris County Sheriff's Office is headed to the scene and has promised an update once he arrives.