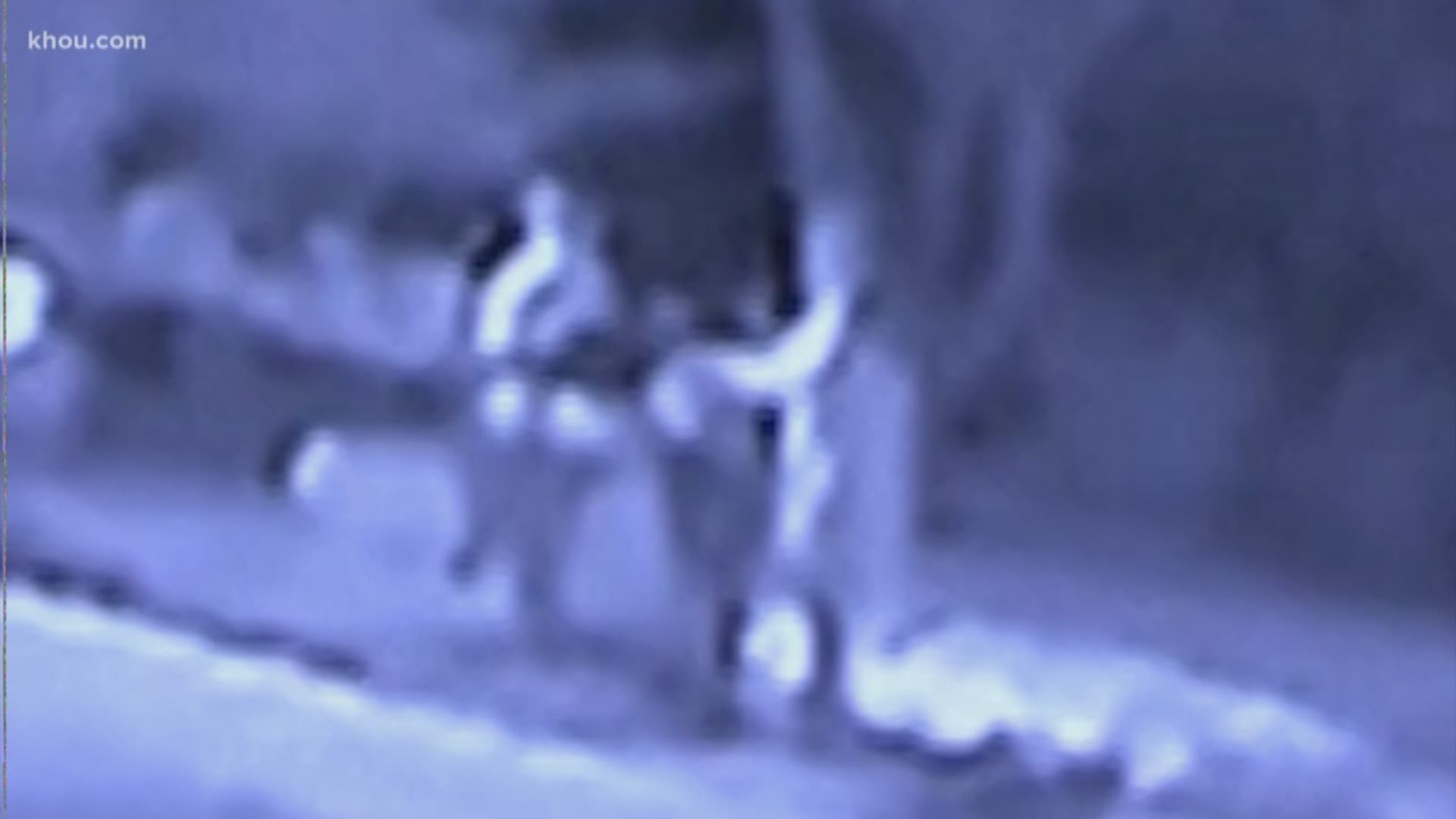 TOMBALL, Texas — Deputies are searching for a suspect who shot a 29-year-old woman in front of her Tomball-area home Friday morning.

Liz Nuelle Barraza was was setting up for her annual garage sale in the 8600 block of Cedar Walk Drive.

Video from a neighbor’s security camera shows a black truck drive by the home and turn around. The suspect got out of the truck and approached Barraza, before suddenly shooting her three times.

When the victim fell to the ground, the suspect stood over her and shot her again.

Barraza later died at the hospital.

KHOU 11 News is not showing the actual shooting because it's too graphic.

“It’s a very graphic video, no doubt about it,” Lt. Jeff Stauber, with the Harris County Sheriff’s Office, said.

The woman's mother-in-law said the victim and her husband didn't have any enemies and the motive for the shooting is a mystery.

Neighbors were stunned by the shooting.

"This is a very, very quiet, very safe neighborhood," Cindy Ghrist said. "This is just out of character."

A suspect description has not been released.