Fernando Axel Garcia’s 1-year-old child was found in a car seat in the back seat, but not properly secured. 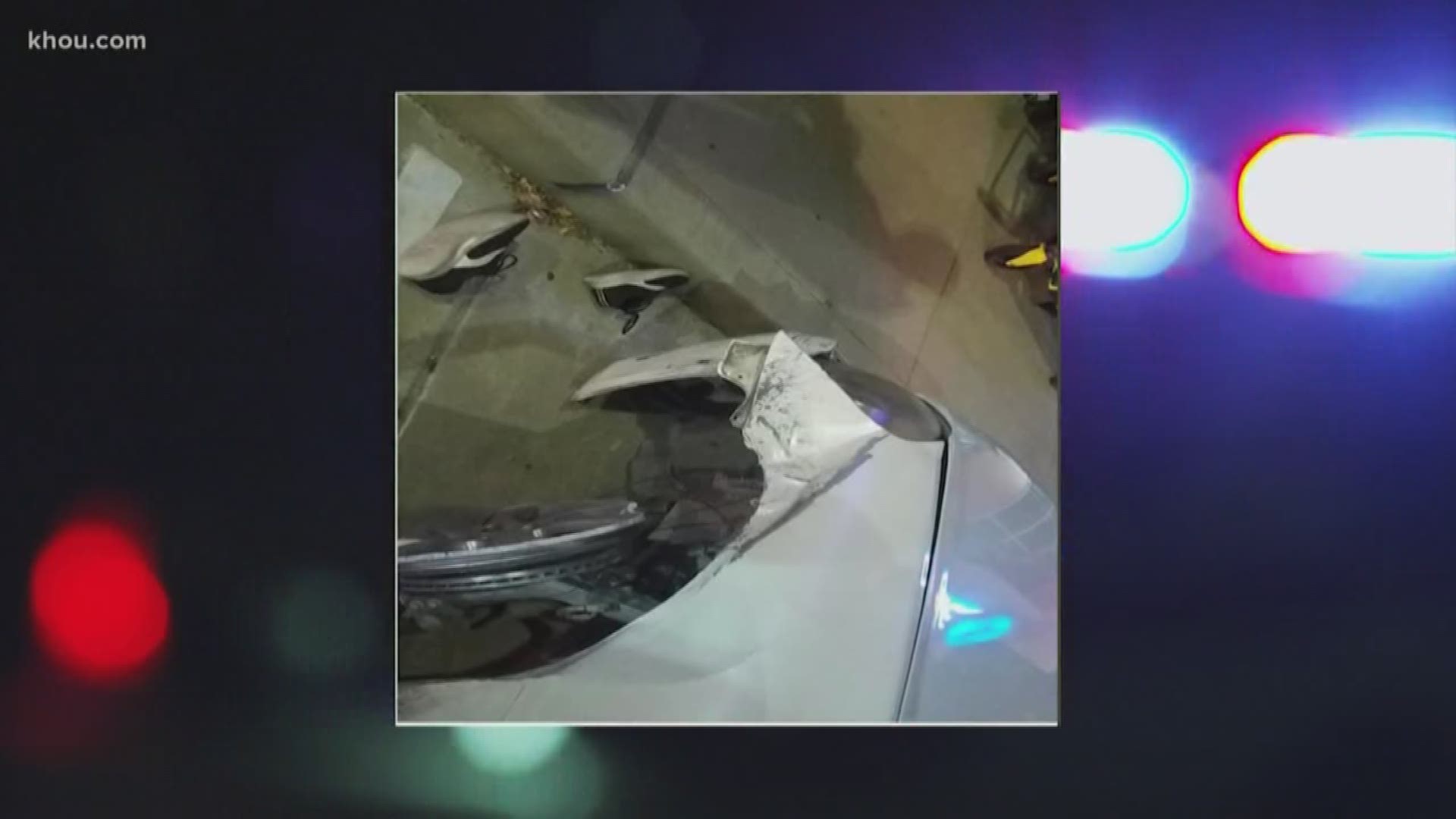 HARRIS COUNTY, Texas — Harris County Sheriff's Office deputies charged 24-year-old Fernando Axel Garcia with DWI after they found him intoxicated on Veterans Memorial Drive late Thursday night with his child in the backseat of his car.

They found Garcia’s 1-year old-child in a car seat in the back seat, but not properly secured.

The Harris County Sheriff’s Office says deputies responded to a crash around 11:15 p.m. Wednesday in the 12100 block of Veterans Memorial where they found an intoxicated man who had crashed his car.

Deputies say the man had been driving on the rims of the vehicle. Garcia was found lying on the sidewalk near the car and deputies said he had a strong odor of alcohol from his breath.

Deputies gave Garcia a field sobriety test, and observed numerous clues of impairment. They contacted the Harris County District Attorney’s Office, which accepted the charge of DWI with a child under 15, a felony.

The child was released to family member.

Garcia is being processed into Harris County Joint Processing Center. At the time of this publication, a mugshot for Garcia had not been released.

“It’s clear that despite the constant reminders about the dangers of drinking and driving, people continue to get behind the wheel while impaired,” Sheriff Ed Gonzalez said in a tweet early Thursday.