TIMELINE: How the 'Little Jacob' mystery was finally solved

This timeline highlights the dedication of the investigators who worked tirelessly to solve this heartbreaking mystery. The countless hours and old-fashioned detective work finally paid off. 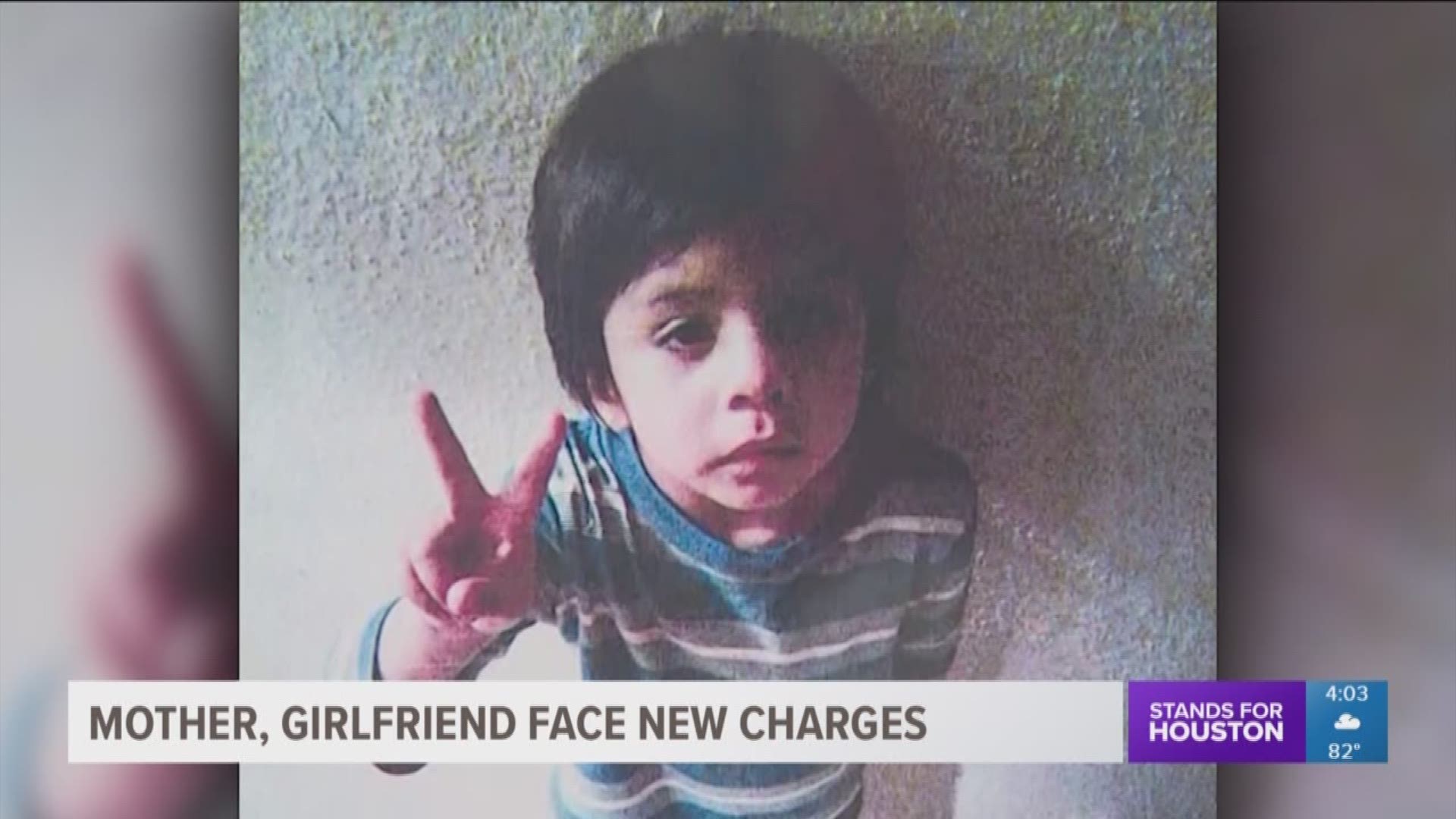 Eight months after the body of a little boy was found on a Galveston beach, investigators were finally able to announce they had identified the little boy they knew only as "Little Jacob."

Turns out, the boy's real name was Jayden Alexander Lopez and he was a 4-year-old from Houston.

Here's a timeline of events leading up to the arrest of Jayden's mom and her girlfriend: (Scroll to the bottom for interactive timeline)

The child has been identified as&nbsp;Jayden Alexander Lopez, 4.

Oct. 20, 2017: A woman walking on the beach in the 700 block of Seawall Blvd. saw the body of a naked child in the water near the shoreline. A Galveston police officer reported the boy was 3-4 years old and appeared to be Hispanic. He appeared underweight and malnourished.

Oct. 21, 2017: An autopsy showed signs of abuse, which appeared to have occurred over a period of time, according to the Galveston County Medical Examiner.

Oct. 23 2017: Police put out a public plea to help identify the boy. HPD sketch artist Lois Gibson drew a sketch of the child and it was released to the media.

1 / 14
Investigators worked tirelessly for months to solve the heartbreaking mystery of "Little Jacob" after his body was found on a Galveston beach. Turns out, the boy's real name was Jayden Alexander Lopez and he was a 4-year-old from Houston. (KHOU)

Dec. 14, 2017: Frustrated by the lack of leads in the case, Galveston police released new details about the boy's death.

January 5, 2018: The final autopsy showed the cause of death was undetermined but that the boy didn't die from drowning.

January 2018: In a rare move, police released a crime scene photo of the dead child in hopes that someone would recognize him and come forward.

"No one reported Jayden as missing. No one was looking for Jayden. We had to become his advocate," said FBI SSRA Bryan Gaines #JusticeforJayden pic.twitter.com/q2cmu7IJqq

Feb. 19, 2018: Dozens gathered for a vigil to honor "Little Jacob" on the beach where his body was found.

March 2018: A caller on the FBI tip line said he believed the child belonged to Rebecca Rivera. He said Rivera had two children, but when he saw her and girlfriend Daria Sarai Amezquita Gomez in December of 2017, they only had one child with them. He noticed that child, whom he described as "malnourished and sickly," resembled the photo of "Little Jacob" released to the media. He said Rivera and Amezquita Gomez told him they had lived in Chicago since October but returned to Houston for a function.

April 4, 2018: Members of the FBI task force interviewed the sister of Amezquita Gomez. She told them when she asked Rivera what happened to her other son, she said he was "with family."

UPDATE: According to arrest affidavit, Jayden’s mom, Rebecca Rivera told detectives 2 wks prior to his death he bumped his head into a wall, she didn’t take him to hospital, afraid her kids would be taken from her. She brought his body to Galveston bc he liked water. #khou11 pic.twitter.com/mM5vQCVdI4

Investigators learned Rivera and Amezquita Gomez were staying at an apartment on Kings Gate Circle in Houston. When FBI special agent Mary Beth Wright and Galveston County Sheriff Lt. Tommy Hansen went to the apartment and identified themselves as law enforcement, a woman refused to answer the door. The woman escaped through a rear second-floor window and got away.

April 10, 2018: The man leasing the apartment gave investigators permission to search it. When they entered the apartment, Rivera and Amezquita Gomez were there with a toddler later identified as Axel Lopez, Jayden's younger brother. Lt. Hansen asked Rivera where Jayden was and she claimed he had been kidnapped.

Rivera refused to answer anymore questions, but Amezquita Gomez agreed to talk. She said she last saw Jayden about six months earlier. When she came home one day and he wasn't there, she said Rivera told her he was fine but they needed to leave the state. Rivera drove them to Chicago. Gomez said Rivera later told her Jayden had been kidnapped. When investigators showed her the crime scene photo of "Little Jacob."

April 25, 2018: Investigators learned Jayden had once been treated at Texas Children's Hospital for a left femoral shaft fracture. The Galveston County ME confirmed "Little Jacob" had the same injury.

May 16, 2018: Investigators questioned Amezquita Gomez, who was being held on a detainer at an immigration facility, and asked her about the photos. She admitted to being in the vehicle but didn't provide any details as to whether or not Jayden’s body was in the vehicle, too.

Amezquita Gomez said she was too drunk at the time the photos were taken to remember what happened. She claimed Rivera just told her to get in the SUV. She then told investigators she was present at an apartment on Bissonnet when Jayden was dead. Amezquita Gomez explained she arrived there after being out drinking and she she did not know how he died. She claimed Rivera knew but did not tell her.

June 19, 2018: Investigators met with Rivera, who told them two weeks before Jayden’s death, he had bumped into a wall, injuring his head. She adds she used alcohol to clean his injury.

“You mattered little guy.” Memorials still stand near the beach in Galveston where “Little Jacob’s” body was found. His real name was Jayden Lopez. His mom and her girlfriend are now charged in connection with his death. I’ve got the latest beginning on #khou11 @ 4:00 pic.twitter.com/fCB37q6a9L

Rivera told investigators she and Amezquita Gomez began to argue, which caused the alcohol to spill on Jayden’s face. She said a day after, his face began to swell up. She said Jayden's health began to deteriorate over the next few days and he complained of stomach aches. She said he became more lethargic. 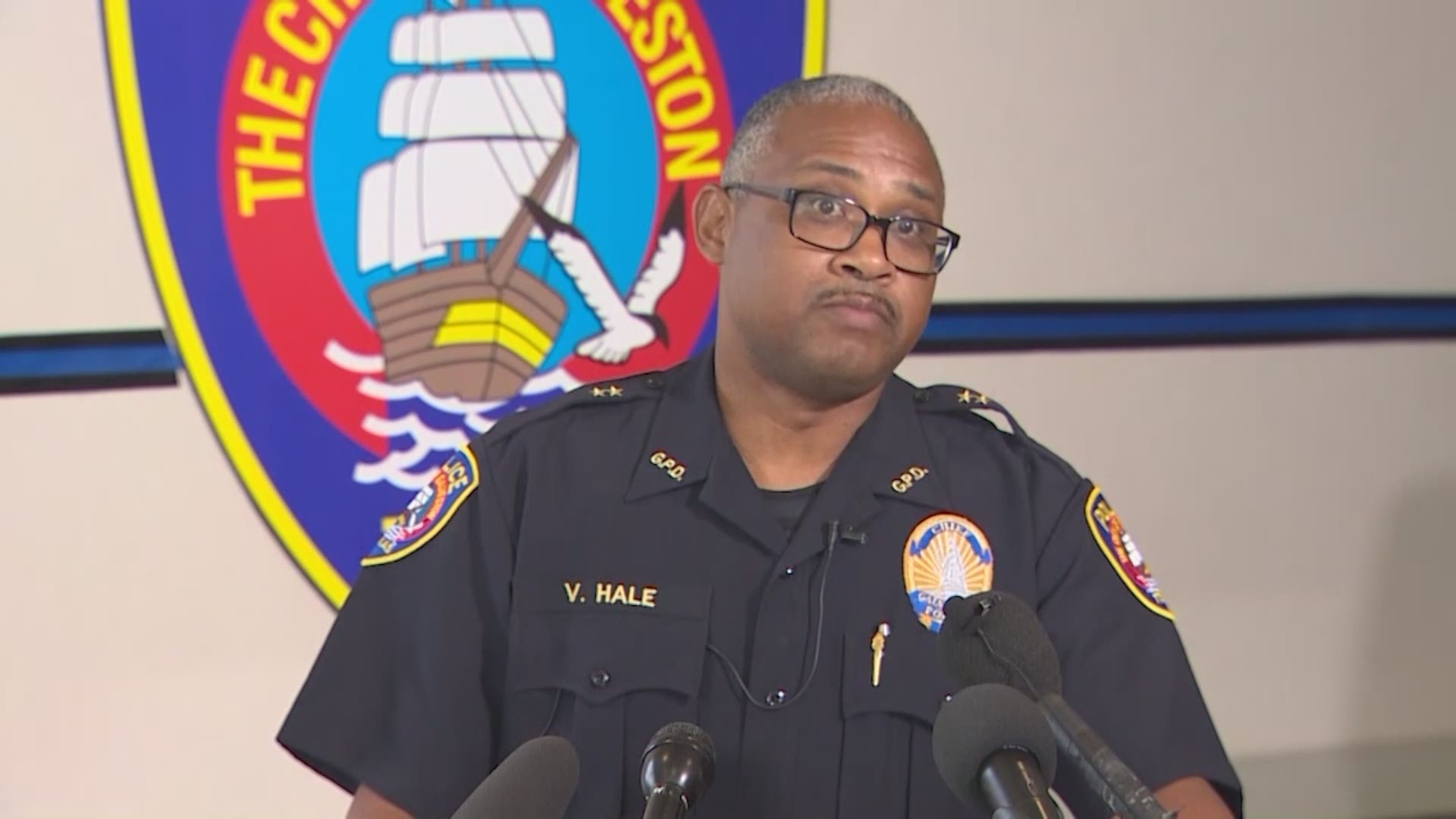 Rivera said Jayden passed away, and in the middle of the night, she, her other son and Amezquita Gomez drove to Galveston with the body. She said she put Jayden into the water because he liked going to the beach.

Rivera said over the course of the two weeks that Jayden’s health was deteriorating, Amezquita Gomez was present. Investigators asked Rivera if she ever sought medical help for Jayden, and she said no. Rivera explained she was scared Jayden and her other son would be taken away from her.

Investigators confronted Rivera about the injuries they found on Jayden’s body. Rivera told them he “acted differently” after his head injury and “became a problem.” Rivera said she and Amezquita Gomez would also blame him for their relationship problems. She would take it out on him and strike him with whatever she could find, including clothes hangers.