Two of the crashes may involve intoxicated drivers, according to investigators. 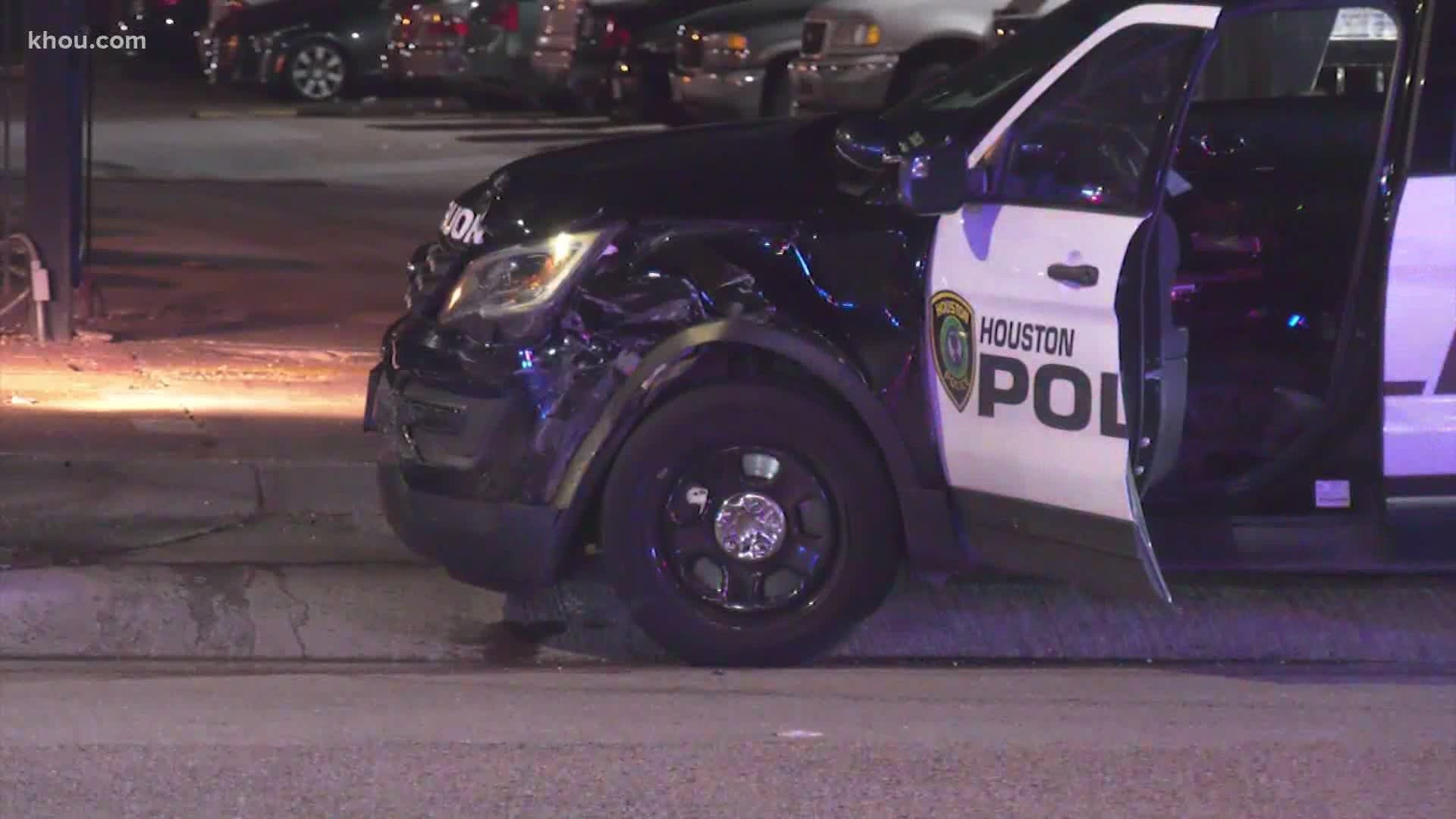 HOUSTON — It was a busy night for Houston police after three officers were involved in separate crashes Saturday night.

The crash happened around 8:15 p.m. Saturday in the 6600 block of the Southwest Freeway near the Hillcroft intersection.

Police said an officer and cadet were responding to an emergency call with lights and sirens activated.  When they approached a red light they slowed down before going through the intersection.

That's when another vehicle failed to yield to the police sirens and crashed into the patrol unit, investigators said.

The driver of the other car and cadet suffered minor injuries. No one was taken to the hospital.

Police suspect intoxication might be a factor in this crash. The investigation is ongoing.

Meanwhile, another officer who was helping with traffic at this scene was involved in an accident when their patrol unit was hit by a driver who wasn't paying attention, according to police.

Both the driver and the officer are okay.

Police said an officer was traveling westbound on Gulf Bank Road when a vehicle traveling in the same direction turned in front of the officer's patrol unit.

That vehicle had three people inside and when it crashed into the officer's patrol unit, it flipped over.

Luckily, no one was seriously injured.

The driver was given a field sobriety test and passed, but was taken to the police station for additional intoxication testing.