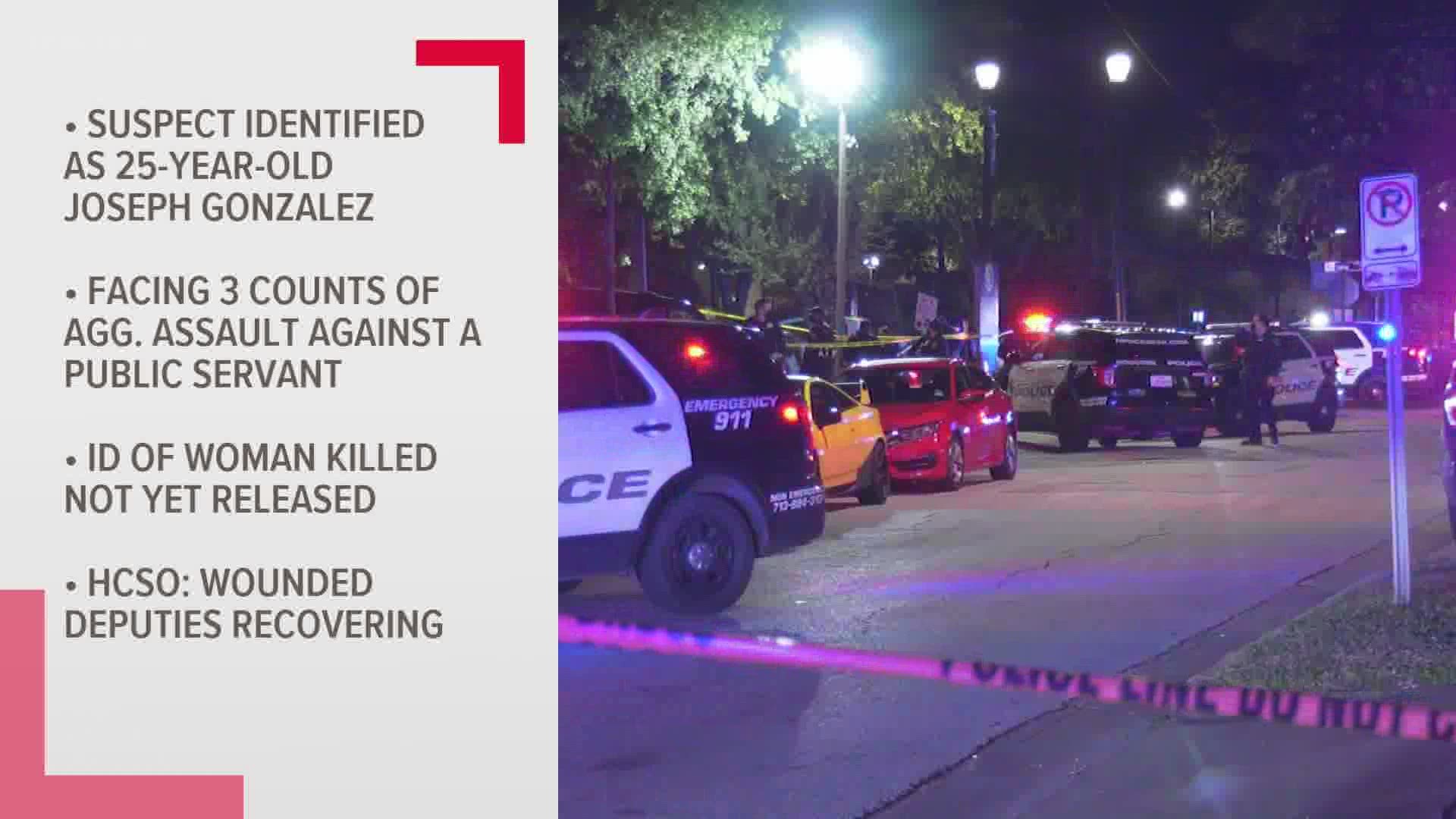 HOUSTON — Three Harris County deputies are expected to survive after they were shot while trying to break up a fight outside a Midtown nightclub early Sunday morning.

A woman who was shot during the incident died at a local hospital.

Houston police got the call at around 2:20 a.m. about the shooting outside the Set night club at 2900 Travis. Police say a fight broke out in the parking lot and the three deputies, who were working an extra job, tried to break it up.

That's when police said 25-year-old Joseph Anthony Gonzalez started shooting, hitting the three deputies and the woman. One of the deputies fired back.

The woman was taken to the hospital, where she was pronounced dead. Her identity has not been revealed.

Two of the deputies were taken to Memorial Hermann and one to Ben Taub.

Police Gonzalez tried to get treatment for a gunshot wound at a Sugar Land hospital when he was taken into custody. He remains in the hospital and Houston police said he has been charged with three counts of aggravated assault against a public servant. He was also charged with being a felon in possession of a weapon.

Harris County Sheriff Ed Gonzalez said he talked to two of the deputies, who are in good spirits. He also spoke to a family member of the third deputy, who underwent surgery. All three are expected to survive, and as of Sunday night, one had already been released from the hospital.

All three deputies are expected to survive their injuries. We appreciate the outpouring of support. #HouNews https://t.co/52hddYZTPF

Sheriff Gonzalez says two of the deputies are in their 30s and one in their 40s. Two are men and one is a woman.