There have been 10,571 DWI cases in Harris County so far this year, sheriff says

That’s an average of 42 DWI cases a day - in Harris County alone. 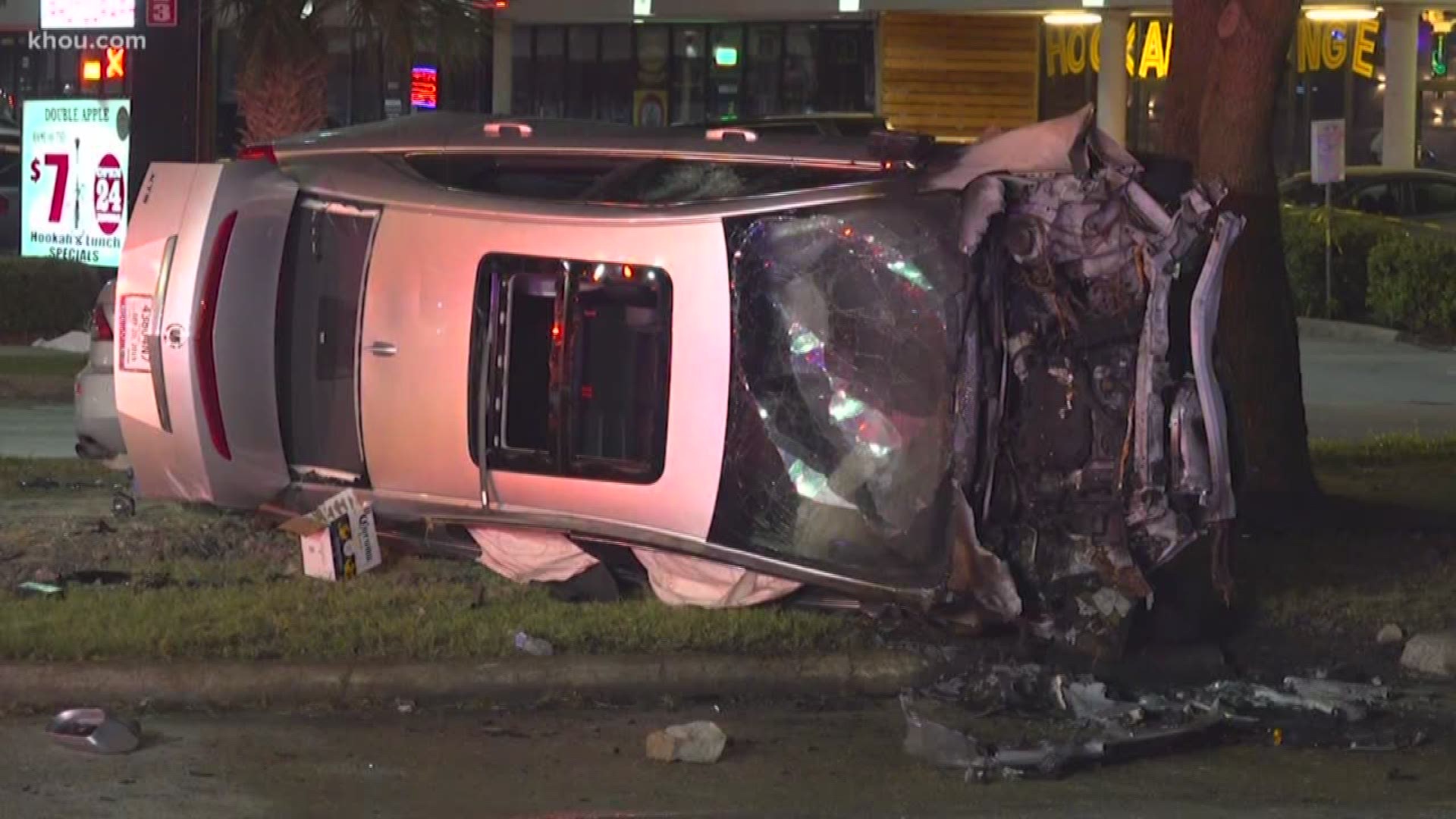 HARRIS COUNTY, Texas — EDITOR'S NOTE: The video above is from a report in late July on a deadly and dangerous weekend on Harris County roadways.

Gonzalez added that also included 13 felony cases with four of them being intoxication manslaughter.

“This is unacceptable,” the sheriff tweeted Friday.

Gonzalez says he was updated on the latest statistics by crash investigator Charles Cornelius with the District Attorney’s Office. He added that year to date there have been 10,571 DWI cases in Harris County.

Back in July, Houston Police Chief Art Acevedo said DWI arrests had jumped more than 74 percent during the first half of the year compared to the same time in 2018.

Here is a look at some of the DWI cases reported this year.

On Tuesday, Sept. 4, a man died after a he was struck by a suspected drunk driver as he was on the side of the road on the 610 South Loop near Highway 288, according to the Houston Police. John Richard Vasquez, 60, was charged in the case and records show he's had at least three prior DWI convictions.

On Wednesday, Aug. 28, a driver of an SUV crashed into a house in the 6600 block of Jadecrest Drive in the Spring area, deputies say. The driver of the SUV jumped a curb, went over a hill, then airborne between some trees, across a street, through a yard and then into the side of a house. The driver was said to be another repeat offender.

On Thursday, Aug. 22, Sheriff's Office deputies charged 24-year-old Fernando Axel Garcia with DWI after they found him intoxicated on Veterans Memorial Drive late Thursday night with his child in the backseat of his car.

In July, one weekend proved to be especially deadly and dangerous with three drunk driving related crashes early Sunday. In one incident, parents nearly crashed into an HPD cruiser while drunk. Their kids were in the back seat.

The weekend before that on Sunday, July 21, a wrong-way driver was suspected of being drunk when deputies say he struck a sheriff’s office patrol car head-on, killing a prisoner and injuring two deputies.

On Thursday, July 18, a suspected drunken driver slammed his pickup truck into a light pole killing three horses in a trailer he was pulling in northwest Harris County. Sheriff’s deputies say the 52-year-old driver was speeding when he crashed his 2011 Chevrolet Silverado into a signal light pole at the intersection with the Grand Parkway.

On Monday, April 29, a Houston-area mother was taken into custody on a DWI charge that evening after she was allegedly found stopped in a roadway with her child in the car. Emily Hughes, 25, faced a charge of driving while intoxicated with a child passenger.

RELATED: Mother arrested after driving while intoxicated with 3-year-old in car, deputies say

On Sunday, March 31, a woman was charged with driving while intoxicated after she crashed into a deputy's vehicle in Spring. Deputy was investigating a hit-and-run accident in the 15700 block of North Freeway at the time of the accident. Luckily, he was not injured.

RELATED: Woman charged with DWI after crashing into deputy's car in Spring

On Tuesday, Feb. 26, a woman was arrested for her third DWI and for leading police on a chase in Spring. Susan Lozano, 55, failed to stop for deputies and led them on a short chase, according to Constable Mark Herman's Office.

RELATED: What will it take to keep repeat DWI offenders off the roads in Texas?