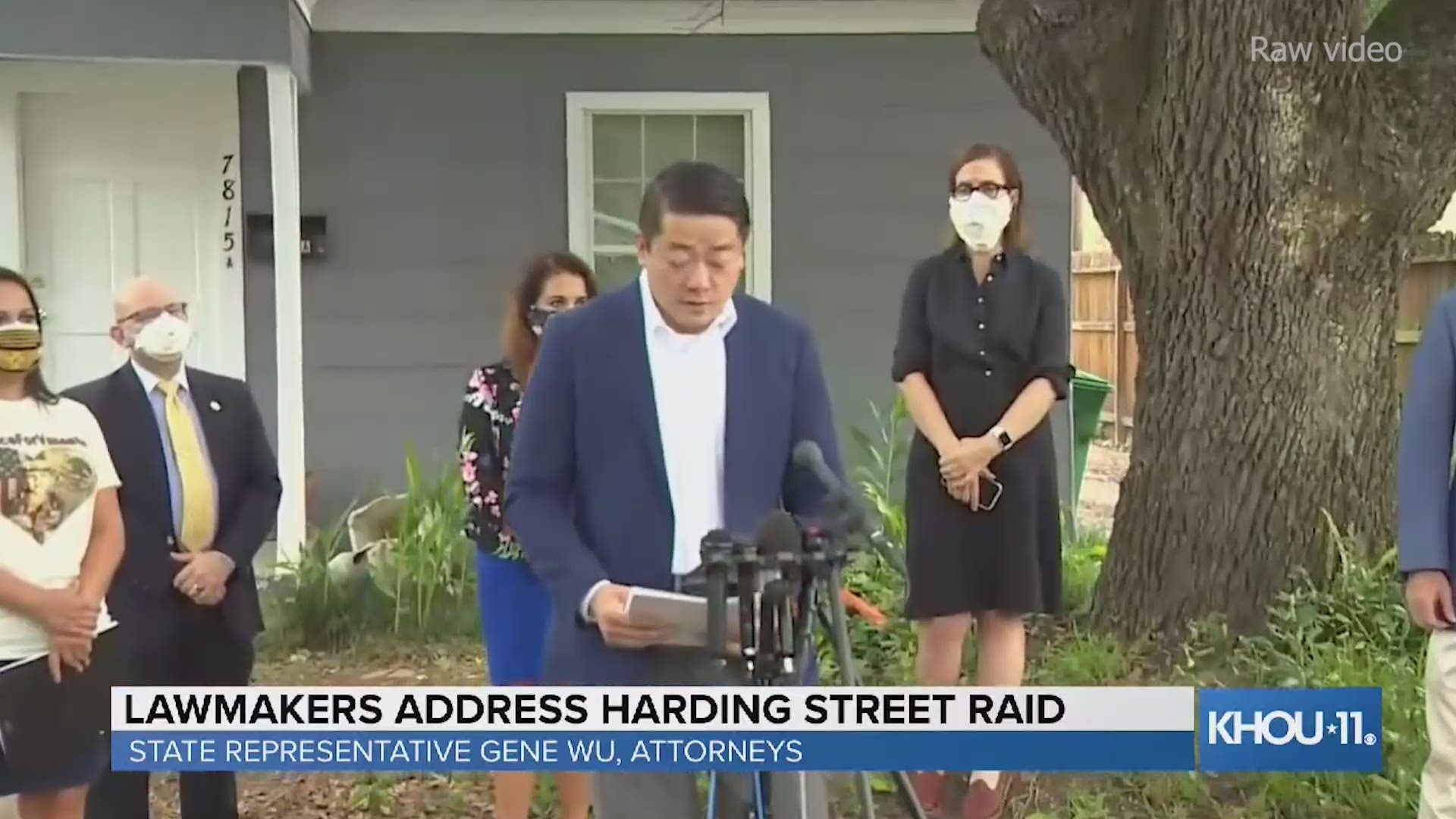 HOUSTON — A day after the Houston Police Department released their audit in the botched Harding Street raid, several lawmakers gathered in front of the home where Dennis Tuttle and Rhogena Nicholas were murdered to demand more answers from Houston Police Chief Art Acevedo.

The biggest gripe from lawmakers was that the audit could have been released days after the shooting, calling the investigation into the raid "whitewashed" and the audit "a scam."

"This report is a joke," said State Representative Gene Wu.

Wu said the audit does not give any details on who was responsible for overseeing the systematic problems that led to Tuttle and Nicholas' death and didn't really speak on what the department will do to prevent this from happening again.

You can watch this morning's press conference in its entirety here.

Wu said he and other lawmakers have committed to making provisions in state law that says you can not hide public audits from the public. He said the community deserves full transparency and accountability from their police departments.

Wu said they are also looking into other recommendations listed in the report and considering them from statewide legislation.

“We are doing this is the name of Rhogena Nicholas and Dennis Tuttle,” Wu said.

You can click here to read the full audit.

Six officers have been charged with 15 felonies in connection to the botched Harding Street raid.