Third suspect wanted, charged in rush hour shooting that killed 2 on I-10 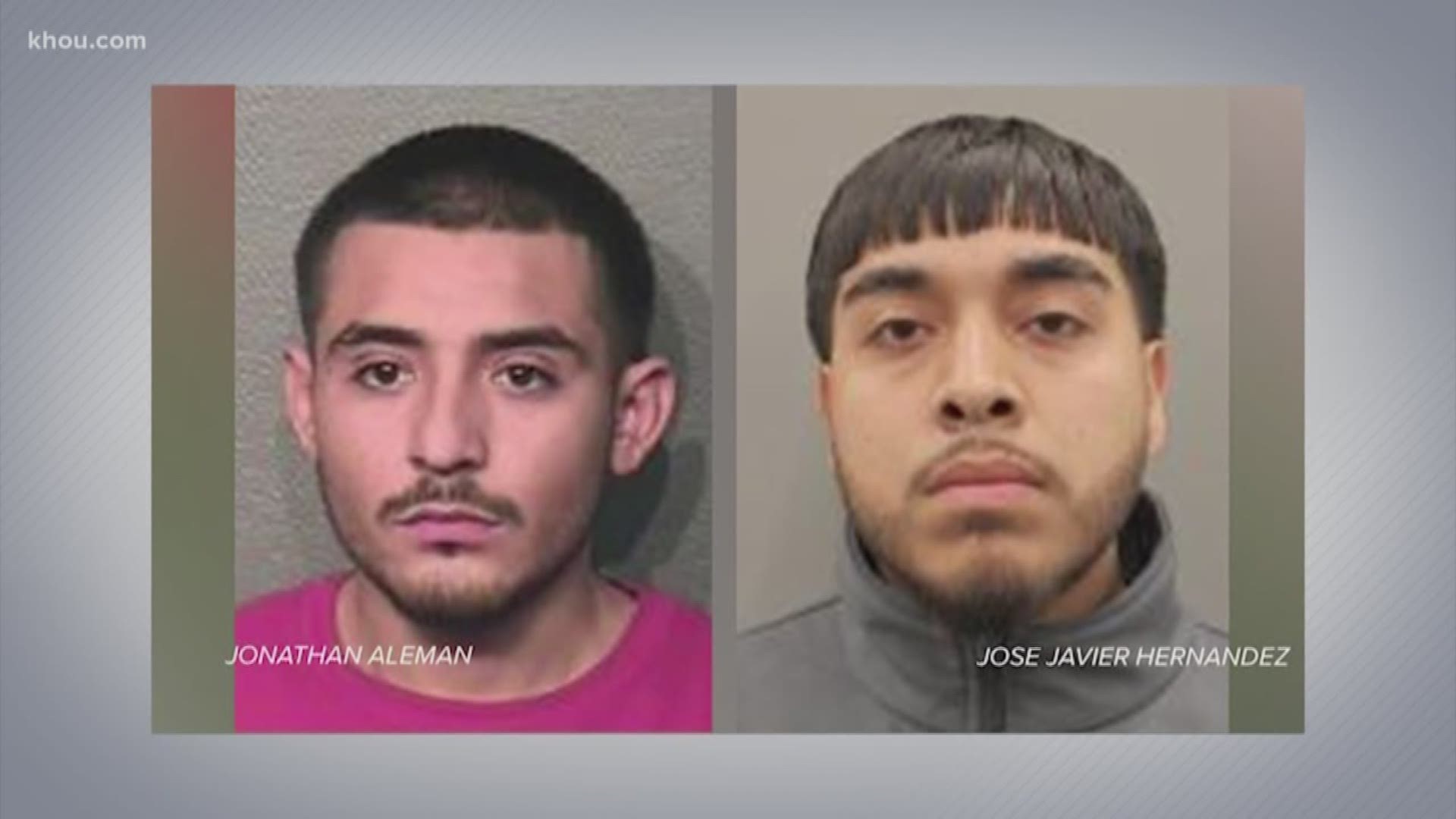 HOUSTON — *EDITOR'S NOTE: The above video is when the other two suspects charged in this shooting were arrested and charged.*

Houston police have a charged a third suspect in the deadly rush-hour shooting that happened on I-10 (East Freeway) last year.

The suspect, identified as 24-year-old Ricardo Casaya, is a wanted man and has been charged with capital murder.

Two other suspects, Johnathan Aleman and Jose Hernandez, have been already been arrested and charged in connection to this shooting.

RELATED: 'I made global news' | 2 men arrested in rush hour shooting that killed 2 on I-10

Binel Gasery, 33, and Bradley James Barker, 25, were the victims shot and killed in what police are calling a drug deal gone bad.

Witnesses told police the shooter was in a dark color sedan with tinted windows and an unknown license plate. At least one witness said the shooter got out of the sedan with a "machine gun" in his hand, opening fire on the victims' Nissan Sentra as the victims backed up on the freeway to try and get away.

In court documents, police later said the weapon used was possibly an AK-47 or AR-15, according to multiple witness statements.

Further investigation led to the identification of Aleman, Hernandez and Casaya as suspects in this case and they were charged for their roles in the shooting.

Casya, the wanted suspect, is described only as a Hispanic man who is about 5 feet 6 inches tall and weighs about 150 pounds.

Anyone with information on his whereabouts is urged to contact the HPD Homicide Division at 713-308-3600 or Crime Stoppers at 713-222-TIPS.