Gov. candidate Allen West 'livid' after wife arrested for suspicion of DWI, denies she was drinking

Allen West, the former Texas Republican Party chairman, said in an Instagram video Saturday morning that his wife had not been drinking. 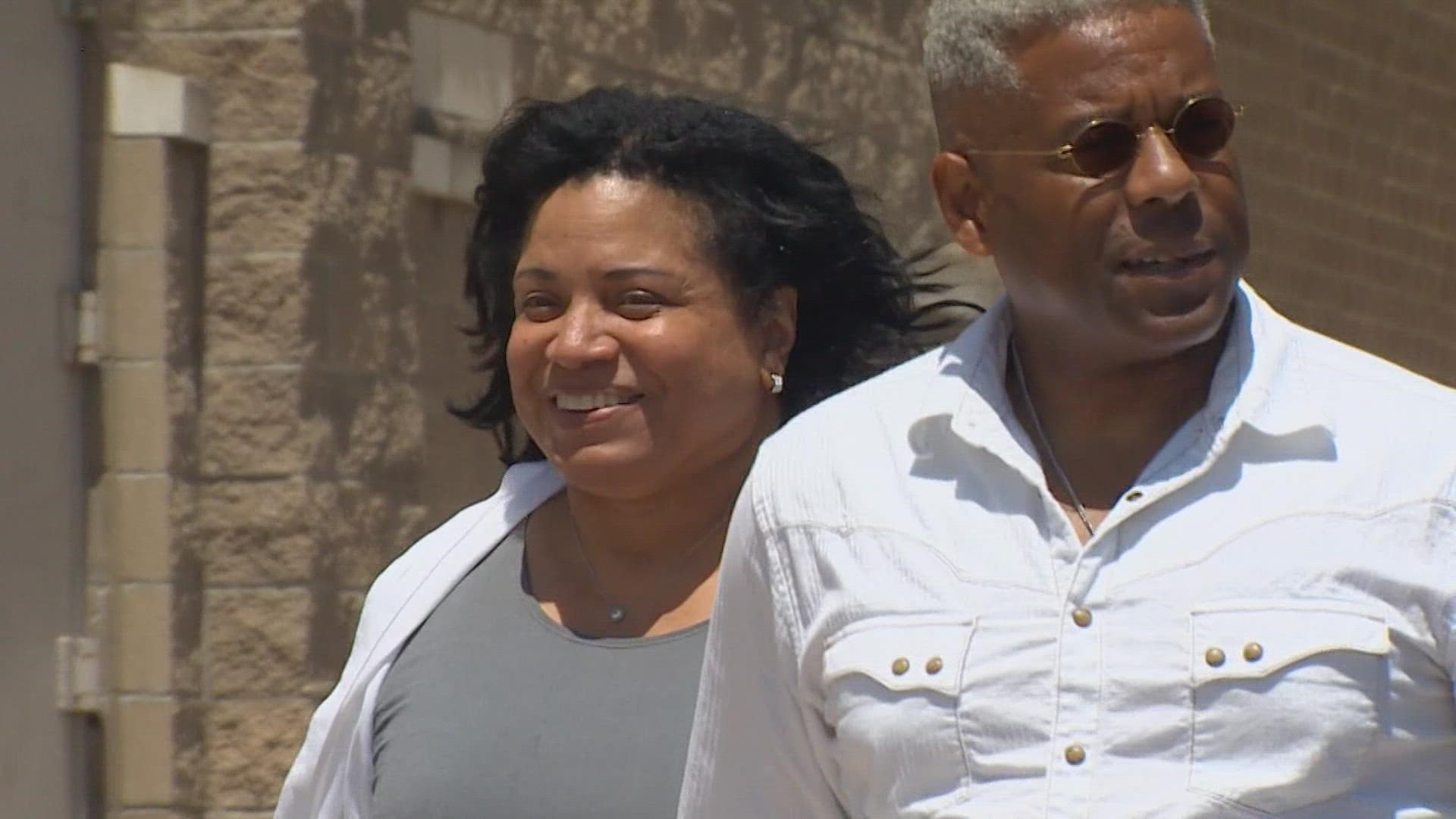 DALLAS — Texas gubernatorial candidate Allen West and his wife, Angela, in new statements Sunday both strongly denied she had been drinking before her arrest Friday on suspicion of driving while intoxicated.

Angela West reiterated that she only had water and lemonade at a dinner before her arrest and that she had not been drinking alcohol or taking drugs, according to a statement on her Facebook page. Allen West posted pictures on Twitter of receipts from the P.F. Chang's restaurant at Northpark Center, where he said his wife had dinner before the arrest.

The receipts, which listed Angela West's name, showed an order for three food items and a lemonade. It is still not clear what others dining with West may have ordered.

Allen West in a video update Sunday demanded an in-person apology by Tuesday from Dallas Police Chief Eddie Garcia, Dallas Mayor Eric Johnson and Dallas County District Attorney John Creuzot. He also called on the officer who arrested his wife to be fired.

WFAA on Sunday reached out to the Dallas Police Department, the Dallas County District Attorney's Office and the Dallas mayor's office for comment and did not immediately hear back.

Police said West was pulled over in the 2300 block of West Northwest Highway in Dallas at 8:44 p.m. after an officer "had reasons to believe the driver may be intoxicated." In her statement, Angela West said she was pulled over for not using a turn signal.

Police said the officer put West through a field sobriety test, "which subsequently led to her arrest for DWI." She was taken to the Dallas County jail, where a blood specimen was taken to determine her blood alcohol level. The results of the blood draw are pending.

West said she told the officer she would be "a little off balance in some of the exercises" because she previously had suffered an aneurysm.

Dallas police on Saturday could not confirm any information about a breathalyzer test.

West said the officer put her in the squad car and left her young grandson with another officer. The child was later released to his father, police said.

Allen West on Sunday said he was still "livid" over how police handled the incident. He criticized police for leaving his grandson with two officers before the boy's parents picked him up.

"Now I support the thin blue line, but this is insidious," West said. "They put my grandson at risk, at jeopardy, left him with a couple of police officers, and carted his grandmother into jail when she had water and lemonade."

It could take weeks before results from the blood specimen are known.

Angela West was arraigned in Dallas County jail on Saturday morning and released by Saturday afternoon. It was unclear if she posted bond. She is faces a charge of driving while intoxicated with a child under 15, police said.

Earlier this year, Angela West ran for Garland City Council District 3 but did not advance to the runoff election.

Allen West, the former Texas Republican Party chairman, announced this summer that he will run against Gov. Greg Abbott.

West, a retired lieutenant colonel in the U.S. Army, previously served as a U.S. Representative for Florida's 22nd congressional district from 2011-2013.

RELATED: Why the Right is running against Gov. Greg Abbott, AG Ken Paxton