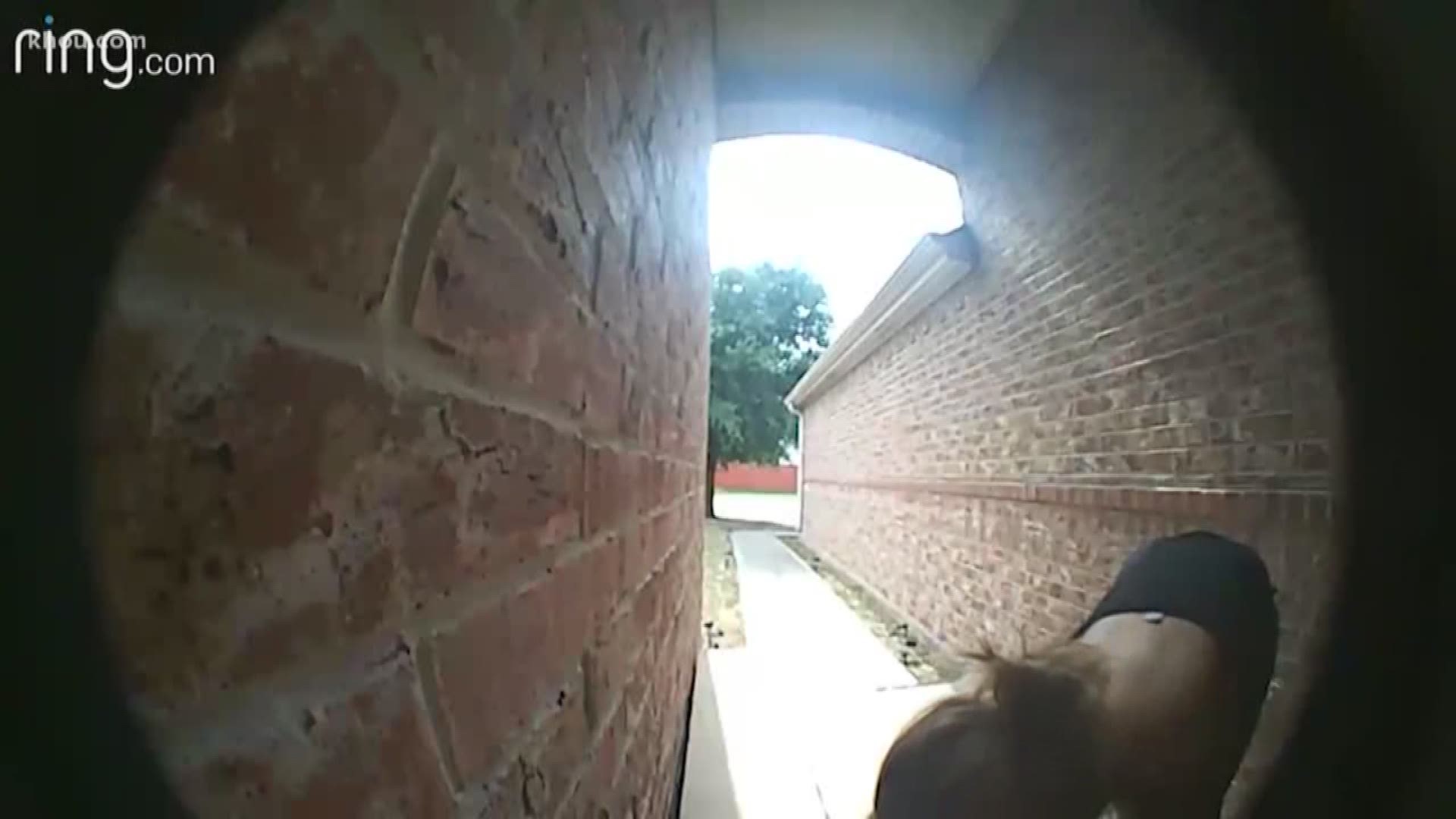 After opening one box and finding only one stuffed animal, the four teens dumped both packages in nearby woods.  Even under the state’s new package theft law, they also dodged a trip to jail. 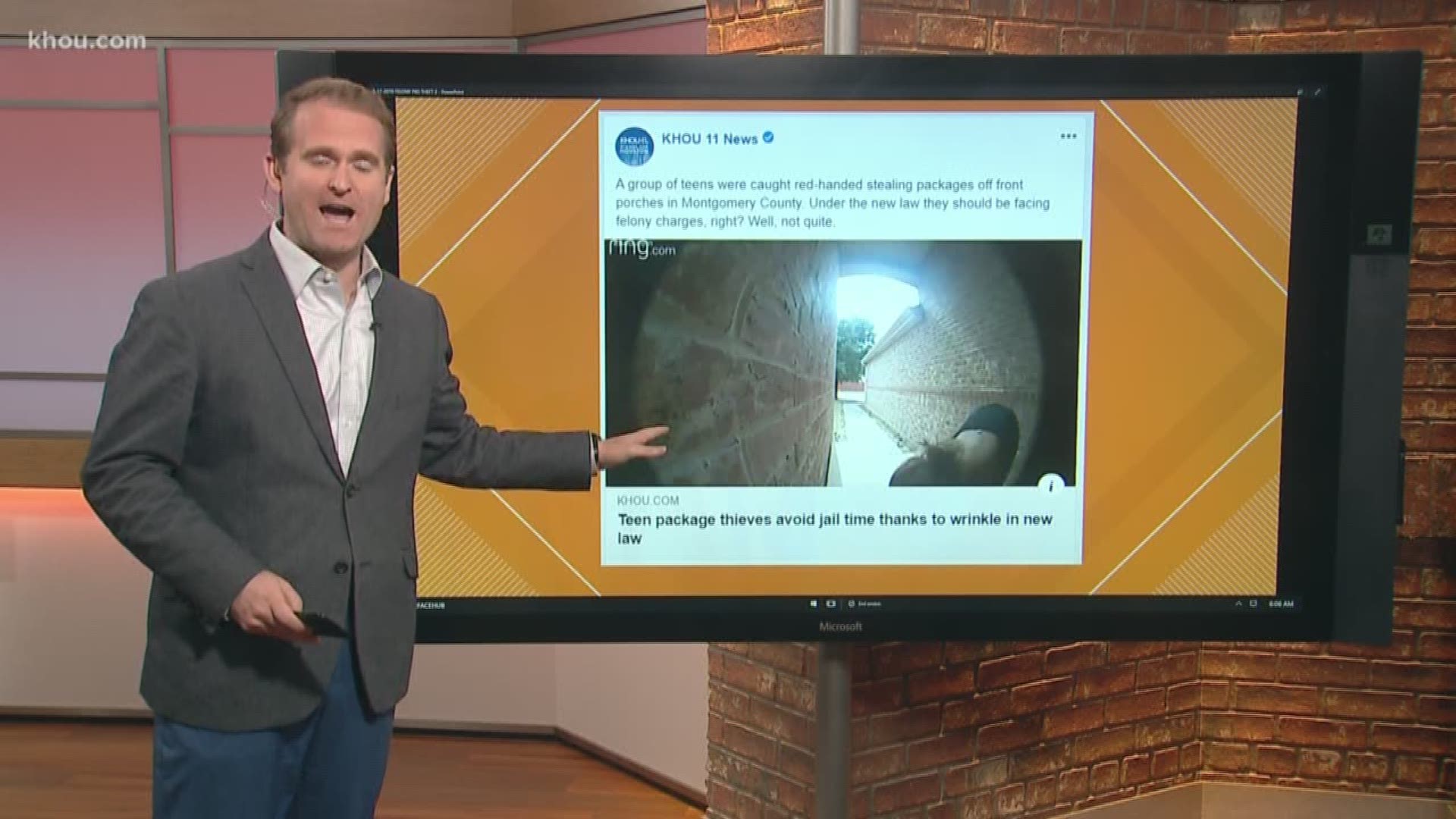 As with other property crimes, under the old law those caught would do time based on value. For example, property stolen worth less than $2,500 was a misdemeanor. That means thieves would have to steal property worth more than $300,000 to be charged with first-degree felony theft.

But the new state law counts the number of addresses targeted. Theft from 10 addresses is a state jail felony. A first-degree felony requires crimes at 50 addresses. (However, if thieves know their targets are disabled or elderly punishments rise a level.)

In the Montgomery County teens’ case, stealing two packages qualified as a Class A Misdemeanor.  All four involved went home instead of to jail.

If you ask DeForest it is progress.

“I think that may deter people once word gets around,” he said. “I hope it does.  When you steal something from somebody you’re taking part of their life. It’s wrong. It’s wrong 100 percent.”