The victim was only 17 years old, police say. 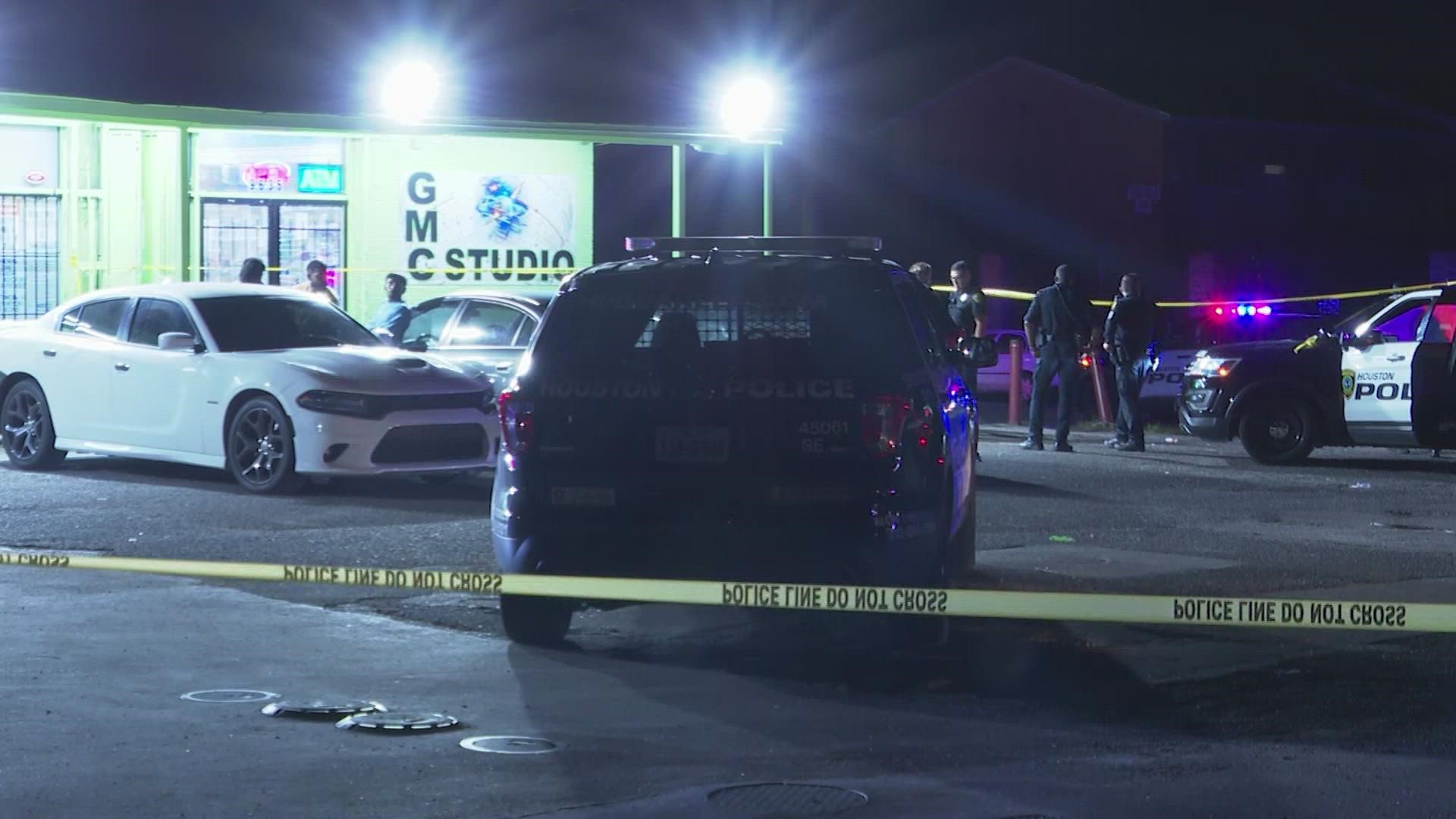 HOUSTON — Houston police say a man is in custody and charged after he shot and killed a teenager at a Sunnyside store late Monday.

"I've been working at this store for five... seven years, but I've never had an experience like that. A crazy dude coming with two guns, trying to kill everybody, trying to kidnap them," store clerk Johnson James later told KHOU 11 News.

James said Brown came in and went to grab a juice, but when a group of kids walked in, he jumped on the counter and pulled out the guns.

Brown told the hostages to get on the ground.

Several people outside saw what was happening, including the teenage victim. The 17-year-old, who was armed as well, went into the business and demanded that the suspect let the customers and workers go.

Brown then fired both of his guns, wounding the teen.

The teen, whose name was not immediately released, was rushed to the hospital with an injury to the torso. He did not survive.

Police say one of the people being held in the store managed to run away but was also shot at in the process. It's unknown if they were hurt.

When officers arrived, Brown dropped his pistols and surrendered. He was then taken into custody.

Police said Brown was charged with aggravated assault with a deadly weapon and police said he has a pending murder charge against him, as well. Brown was released from jail Sunday after posting bond on a DWI case, authorities said.

Investigators don't know why Brown pointed his guns at people in the store. Robbery is not believed to be a motive in the case.

A clerk at the store told KHOU 11's Michelle Choi that surveillance cameras captured the shooting on video, but they are not releasing the evidence to the public at this time.

I spoke w/ a store clerk -- who was one of the hostages -- describing what happened.
He says the suspect first walked in & grabbed a juice but when a group of teens walked in, he lost it, jumped on a counter & pulled out 2 pistols. @KHOU pic.twitter.com/qXvGa4xJjM

Police said there were three employees and five customers in the store at the time. They'd like to speak to the one person who managed to run away.

Anyone with additional information that could help HPD can call the homicide division at 713-308-3600.