Joel Micah Arnold, 34, is charged with aggravated kidnapping, sexual assault and trafficking of a child. 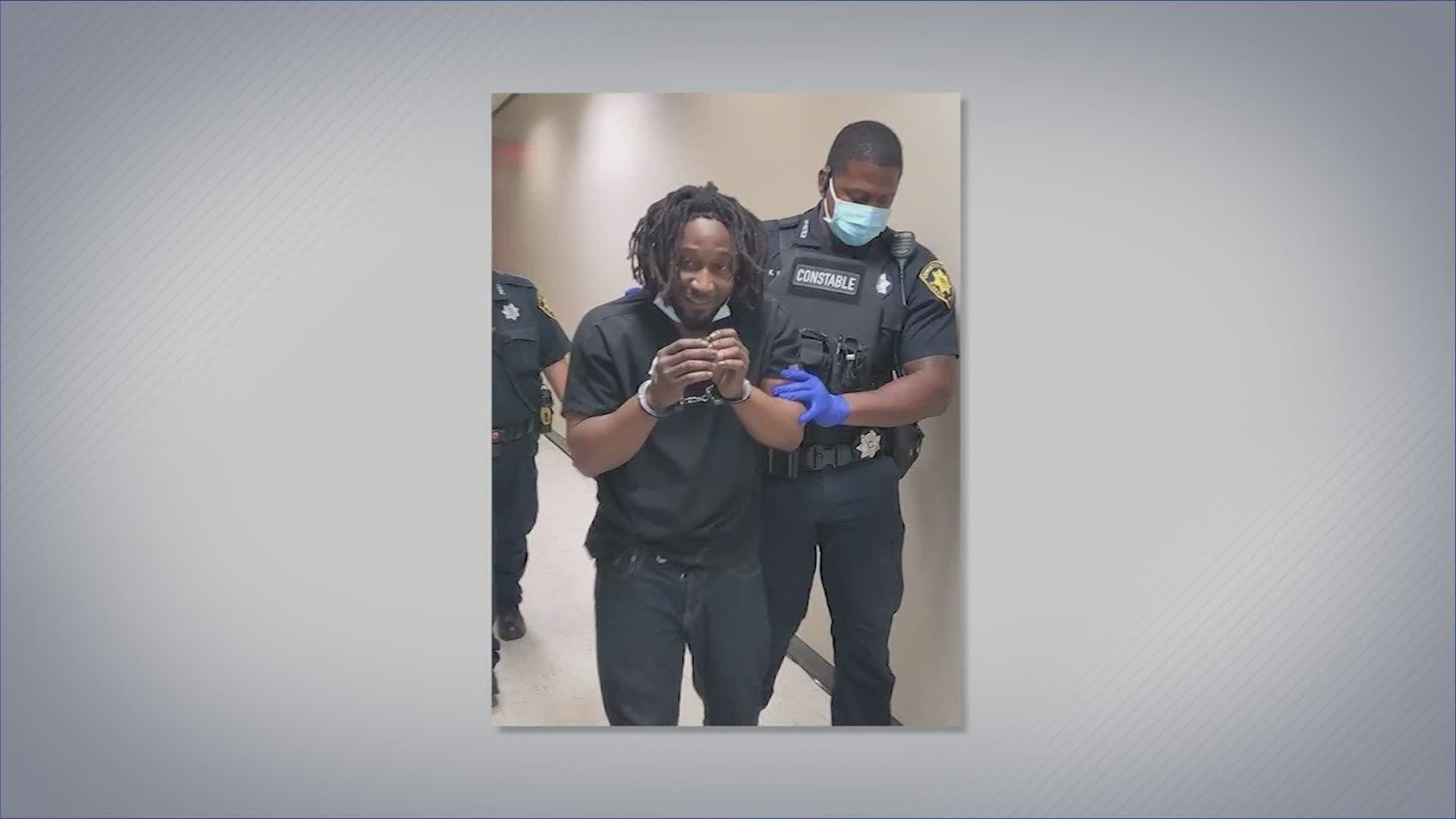 After she was able to escape, she alerted authorities and told her story. Now, 34-year-old Joel Micah Arnold has been arrested and charged with aggravated kidnapping, sexual assault and trafficking of a child.

Authorities said Arnold lived in the same neighborhood as the victim and built a relationship with her before threatening to hurt her sister if she didn't go with him on March 27. Authorities said he took the girl at gunpoint, injected her with drugs and then forced her to have sex with him inside a Cypress-area storage unit in the 19100 block of FM 529.

After days of being drugged and sexually abused, according to investigators, Arnold set his phone down and the girl was able to use it to contact a friend. When Arnold realized what happened, he ran and she was able to escape, investigators said.

“I would call it grooming, I absolutely would," Rosen said. “Anybody that takes advantage of a child like this, I want to make sure they get brought to justice. ... We found a lot of physical evidence on him. We want to make sure after the public sees his picture that they weren’t somehow victimized by him as well."

Arnold's first court setting was Thursday night. He didn't appear in court because he is being for a mental evaluation, but the judge reviewed his charges and gave him a $300,000 bond.

Crime Stoppers CEO Rania Mankarious said the pandemic forced kids to stay home more, which led to them being online and on their phones more.

“During COVID, the online solicitation of minors skyrocketed," Mankarious said.

She had some advice for parents to protect their children.

“Have a conversation with your child. We know it’s scary but it’s critical that every parent does that,” she said.

Crime Stoppers recommends using an online monitoring app for your children, like Bark. Read more about it here.

Crime Stoppers is planning on holding a news conference about human trafficking on Friday morning.