HPD says they’re still searching for the three shooters who were driving an older, dark-colored GMC pickup in the Acres Homes area. 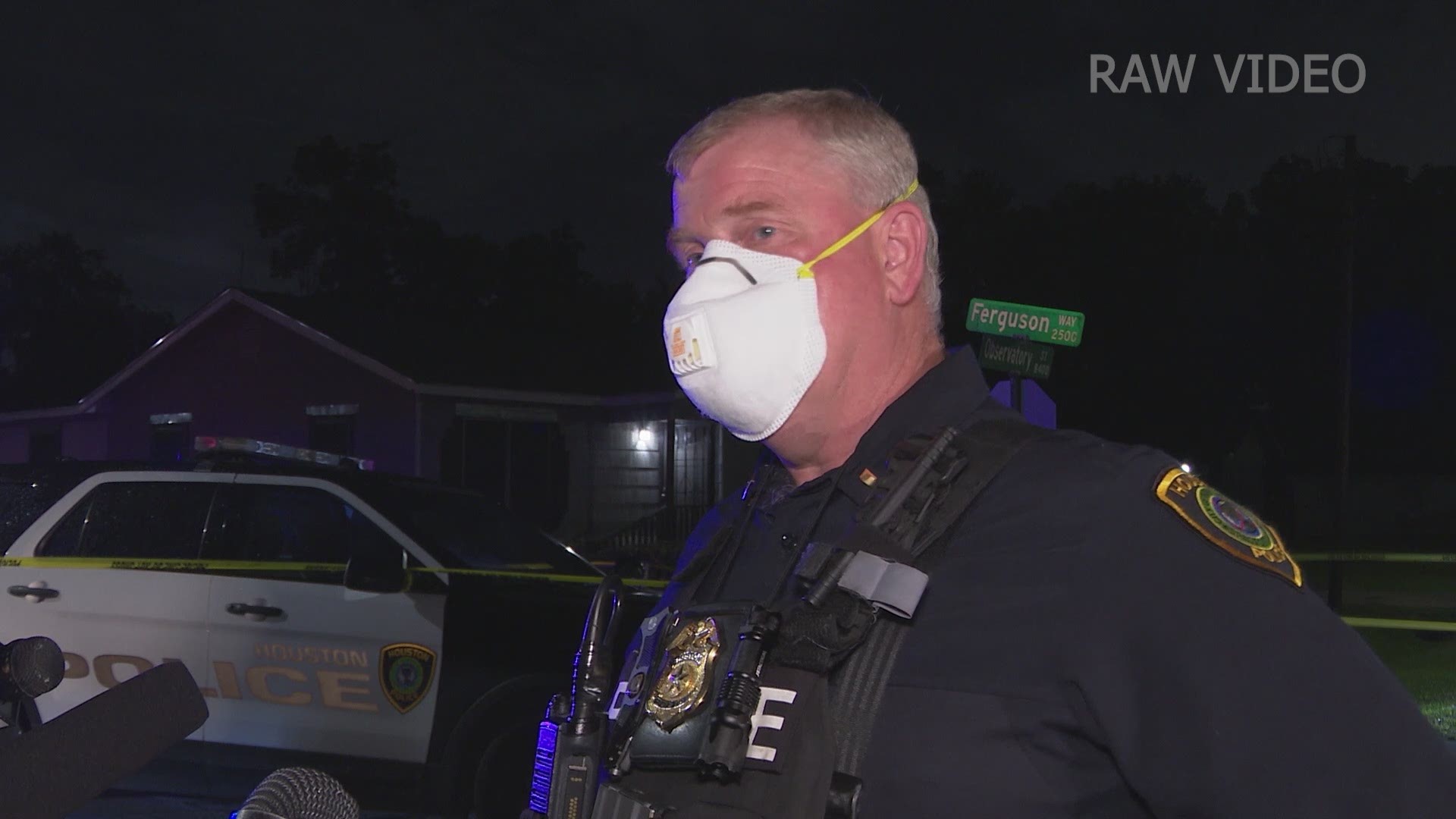 HOUSTON — A 16-year-old boy is in surgery after being hit during a drive-by shooting Tuesday night in the Acres Homes area, the Houston Police Department confirmed.

Officers responded to a shooting call at 9:17 p.m. near the intersection of Ferguson Way and Venus Street.

Investigators said the victim and four other teens were riding around the neighborhood in a golf cart when the shooting occurred.

An older dark-colored GMC pickup truck came down the street, turned around and headed it toward the teens. That’s when the three occupants inside the vehicle started firing at the group, police said.

Officers said one of the boys was hit in the leg and abdomen. He’s expected to be OK.

No mention of the other teens being injured.

Police are still searching for the shooters, who they believe were also young males.

Anyone with information in this case is urged to contact the HPD Major Assaults and Family Violence Division at 713-308-8800 or Crime Stoppers at 713-222-TIPS.