Four hostages escaped during the SWAT standoff but two men were found dead inside after the suspect surrendered, HPD Chief Art Acevedo said. 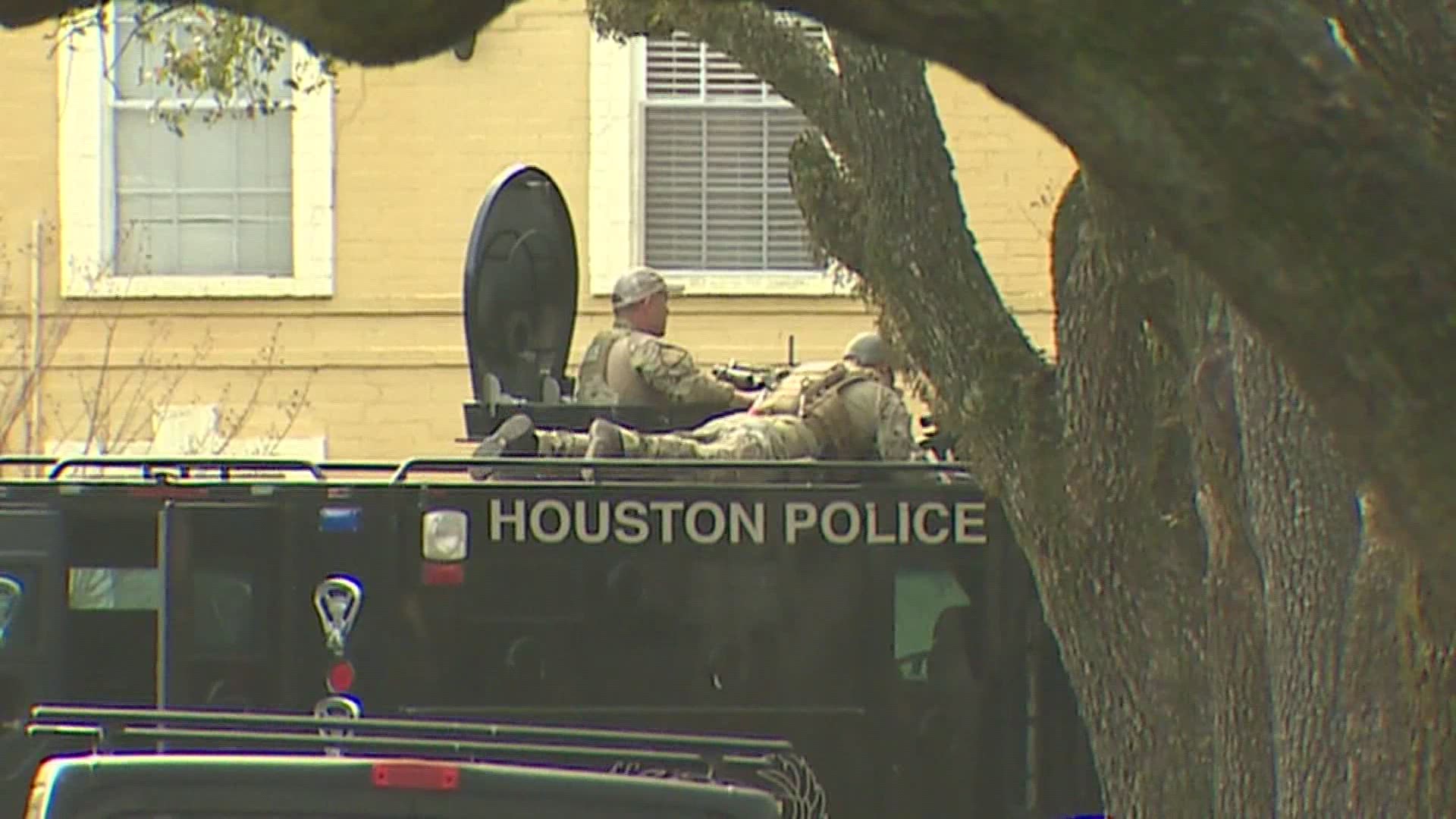 One of the hostages hurt his arm when he jumped from a second-floor window.

Police believe the victims may have died from a drug overdose.

Daniel Karl Hite, 26, has been charged with two counts of aggravated kidnapping. More charges could follow, according to HPD Chief Art Acevedo.

"Because we had no knowledge that we had two people in there that may be in need of medical attention ... and this suspect obviously, potentially may have kept them there without ability to get medical intervention and subsequently we have two dead people," the chief said.

The whole thing started just after 2 a.m. when neighbors reported a disturbance in the 5200 block of Arboles Drive in southwest Houston. They said a man had come outside and fired a shotgun earlier.

HPD officers arrived at the apartment and heard a loud argument inside.

The officers announced themselves and ordered them to open the door.

“The individual inside, who ended up being arrested, started yelling at them, 'You don’t want to come through that door or you’re going to be killed,'" Acevedo said.

2 bodies were found inside this townhome where police say a man was barricaded for several hours. Several others were able to escape from the home, 1 even jumped out from the 2nd floor window. The man who was barricaded has been arrested. The details on @KHOU at 12. #khou pic.twitter.com/pjJT0uik3k

The HPD SWAT team was called to the scene.

Here's a timeline of what followed, according to Acevedo:

3:29 a.m. A hostage escaped out a second-floor window and warned police that there were other people inside and the suspect was “ acting irrational.”

5:04 a.m. A second hostage escaped out the window but said other hostages remained inside.

The hostage negotiation team then got the suspect on the phone and tried to negotiate with him. They say he was screaming profanities and wasn't cooperative. They say he would promise to come out, then make excused not to.

7:10 a.m. Two more hostages came out of the apartment through a back door.

9 a.m. The SWAT team broke a window and Hite came out and was taken into custody.

SWAT officers entered the apartment and found the two dead men inside.

All of the other hostages had made it out safely.