HOUSTON – Houston police are asking for the public's help in identifying two suspects in connection with a home burglary in southeast Houston last month.

Houston police are asking for the public’s help in identifying two suspects in connection with a home burglary in southeast Houston last month.
Author: KHOU Staff
Published: 10:24 AM CST December 12, 2015

HOUSTON – Houston police are asking for the public's help in identifying two suspects in connection with a home burglary in southeast Houston last month.

According to the Houston Police Department's Investigative First Responders Unit, on Nov. 16, at 12:15 p.m., a home located in the 10100 block of Elmhurst Street was burglarized.

The rear door of the house was kicked in, and the house was ransacked. A shotgun was stolen and two televisions were moved by the suspects.

Fingerprints have been lifted from the televisions and submitted for analysis.

A concerned resident spotted an unusual vehicle parked in the driveway of the home during the burglary and captured 15 photographs and a short video of the crime.

The suspects were photographed loading the shotgun into a gray four-door sedan possibly a Lincoln, with after-market, upward-opening driver and front passenger doors.

The vehicle also had very dark tinted windows. The license plate was not legible, but is believed to be a paper tag. 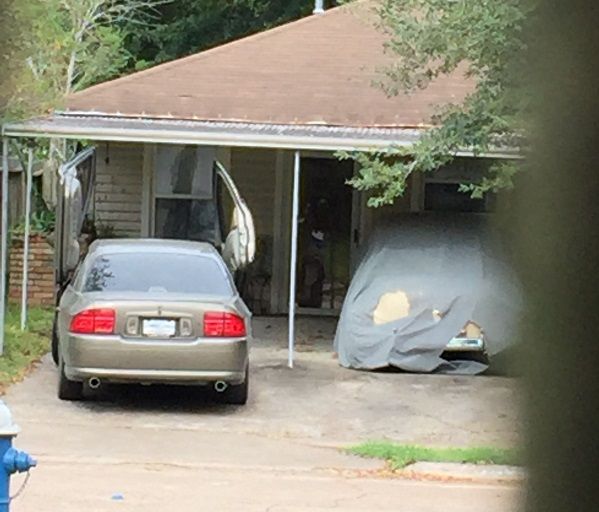 Crime Stoppers will pay up to $5,000 for information leading to the charging and/or arrest of the suspect(s) in this case.

Information may be reported by calling 713-222-TIPS (8477) or submitted online at www.crime-stoppers.org. Tips may also be sent via a text message by texting the following: TIP610 plus the information to CRIMES (274637) or via our mobile app (Crime Stoppers Houston). All tipsters remain anonymous.