Corderas Simmons, 31, and Jeremy Boniaby, 28, face up to 20 years in prison for the attempted interference with commerce by robbery charge. 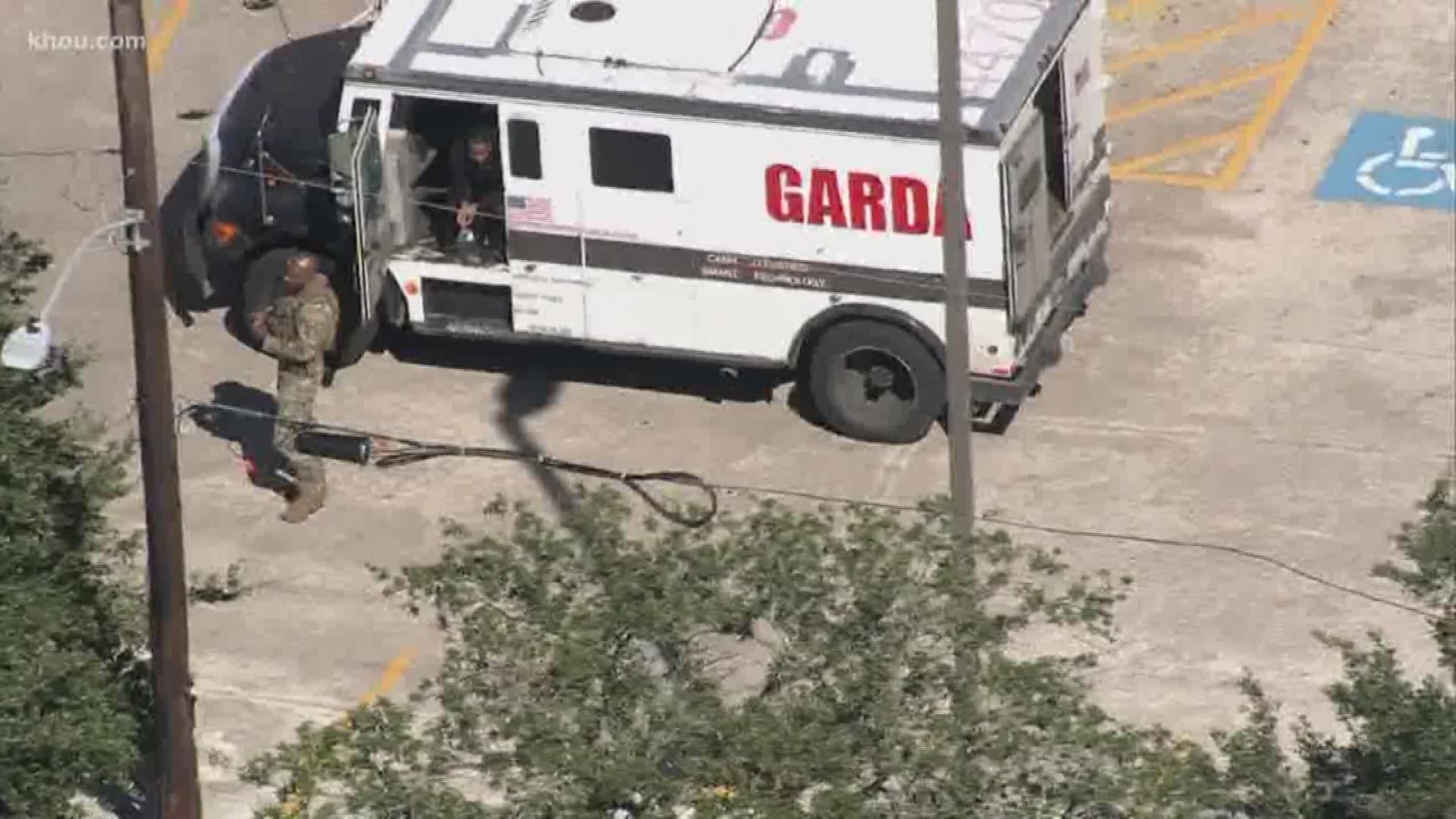 HOUSTON — EDITOR'S NOTE: The video above is from the report on the initial armored car robbery on Friday, Nov. 1.

A pair of Houston men are set to appear in federal court for their alleged roles in the recent armored car robbery attempt at a Walgreens on Friday.

They are set to appear before U.S. Magistrate Judge Peter Bray at 1:30 p.m. Monday

Houston police say that on Friday, Boniaby drove a stolen white Ford F-250 with Simmons as a passenger to the Walgreens at 16233 Post Oak in southwest Houston.

Soon after, an armored Garda truck arrived for its scheduled stop. The charges allege that as soon as the driver side door of the armored truck opened, so did the rear passenger door of the stolen pickup.

Law enforcement had been following both vehicles and quickly converged on the stolen truck, according to investigators. Boniaby allegedly fled the parking lot, drove over a median at South Post Oak and entered a strip center.

The charges allege Boniaby exited the vehicle wearing gloves and a hooded sweatshirt and fled on foot. A SWAT team pursued and took him into custody, according to police.

Meanwhile, Simmons allegedly exited the back seat of the vehicle and fled on foot, wearing a mask and gloves. Shortly thereafter, he was also taken into custody.

If convicted, Simmons and Boniaby face up to 20 years in prison for the attempted interference with commerce by robbery charge. They would also receive, upon conviction, a mandatory minimum of 10 years and up to life in prison for the discharge of the firearm which must be served consecutively to any other prison term imposed.