The driver will likely be charged with assault on a peace officer, evading arrest and possibly DWI, according to deputies. 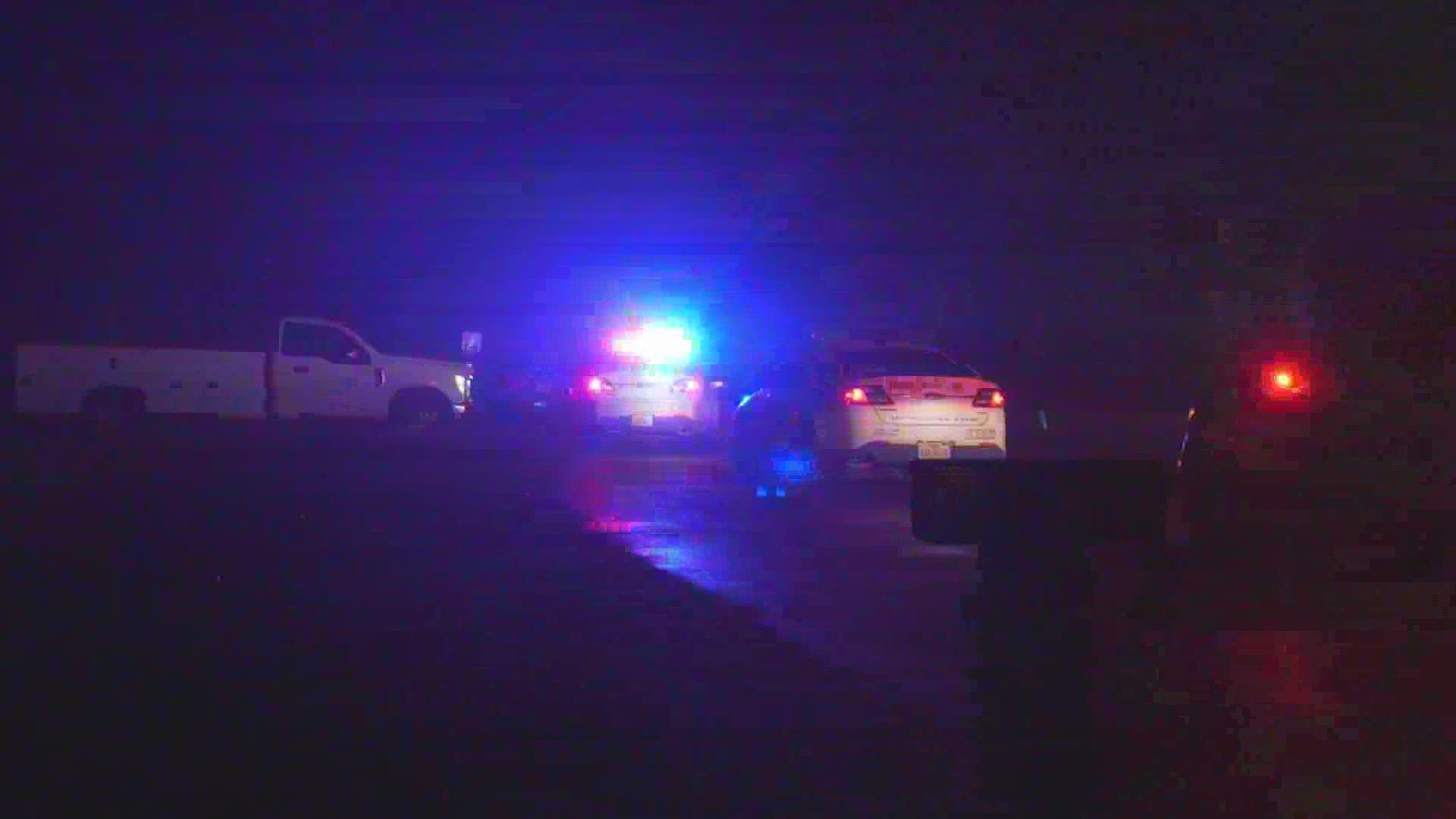 HARRIS COUNTY, Texas — A suspected intoxicated driver is in custody after he attempted to hit a deputy with his vehicle and then led several other deputies on a brief chase through east Harris County, according to the Harris County Sheriff's Office.

Lt. Paul Bruce said the deputy was working a major car crash in the 16600 block of Wallisville Road and while directing traffic away from the crash, the deputy tried to stop a vehicle.

Bruce said the driver of that vehicle attempted to hit the deputy before crashing into a fire truck that was on scene due to the crash. The driver then put his vehicle into reverse and crashed into the fire truck again, according to Bruce.

The driver then took off and a chase began.

The chase lasted several minutes before the driver crashed out at a dead-end road in the 21000 block of Rio Villa Drive.

The driver got out of the vehicle and tried to run away, but he was quickly caught and arrested.

Bruce said the driver appeared to be intoxicated and will likely be charged with assault on a peace officer, evading arrest and possibly DWI.

The deputy that was almost hit by the driver was not injured.