Larry Woodruffe has six prior convictions, according to court records. 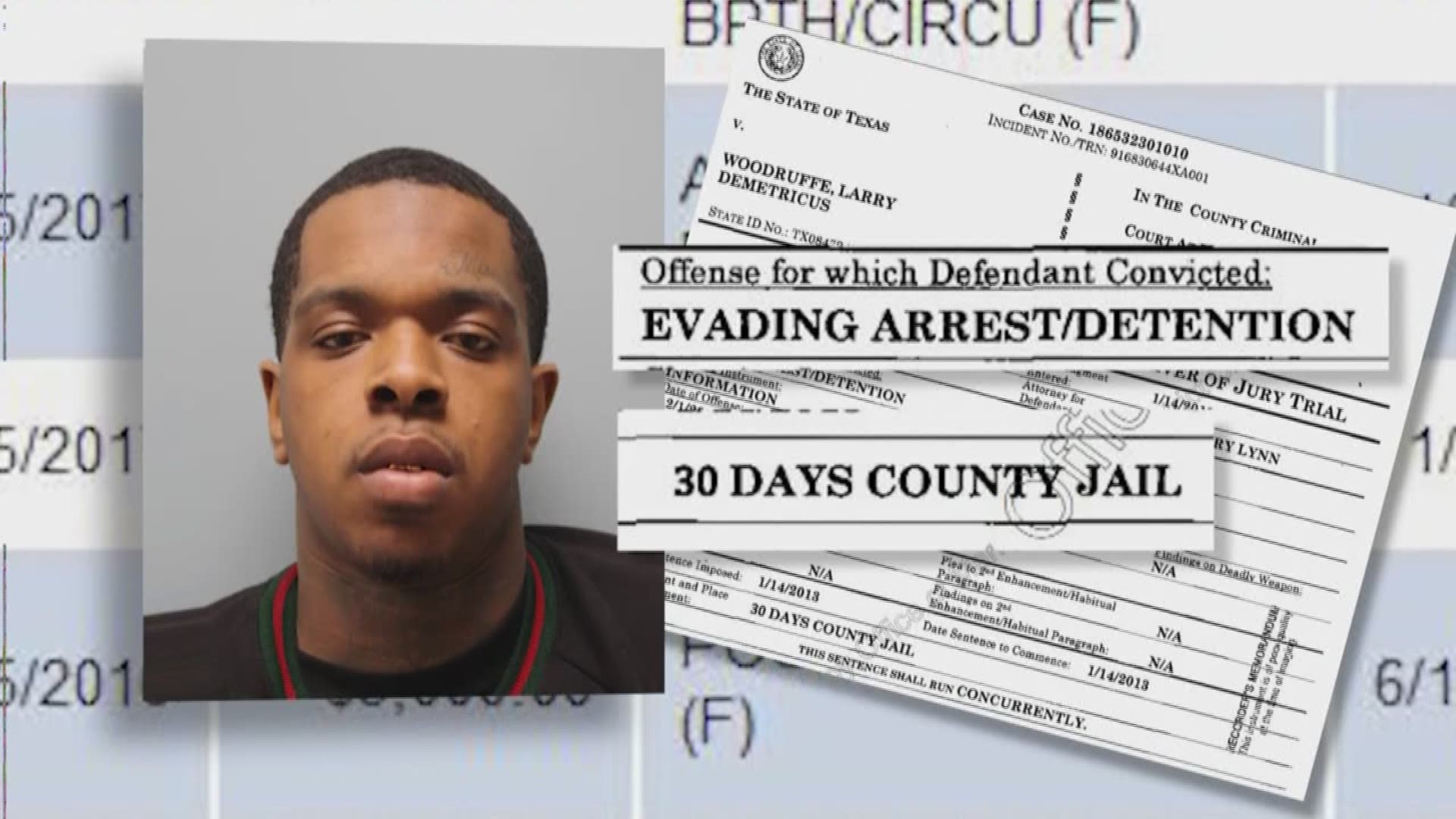 Larry Woodruffe, charged with capital murder in the death of Jazmine Barnes, has six prior convictions, according to court records.

In 2015, police caught him with more than one gram of Methamphetamines. The day after a judge ordered community supervision, a woman Woodruffe lived with reported an assault, according to records. She claimed Woodruffe choked her.

Nine months later, Woodruffe was out. Authorities caught him with a gun, a crime for convicted felons. He went back to county jail for nine months.

Last Saturday, deputies caught him with more than 28 grams of Xanax, court records show. A judge denied Woodruffe bond because he was a capital murder suspect.

Prosecutors charged him Thursday. Eric Black, Jr. told investigators he and Woodruffe had a run in with someone at a club Sunday, Dec. 30, 2018, court records show. The two men tried to get even. Black drove a car while Woodruffe fired a gun into a car they thought carried their target, prosecutors said.  Instead, bullets killed Barnes.

Black allowed deputies to search his home where they found a 9mm handgun believed to be the murder weapon, prosecutors said.

They also said Black named Woodruffe as the shooter. Woodruffe will be in court Thursday morning.