The Museum of Fine Arts Houston said its staff looked over the property but did not immediately find any works damaged or missing. 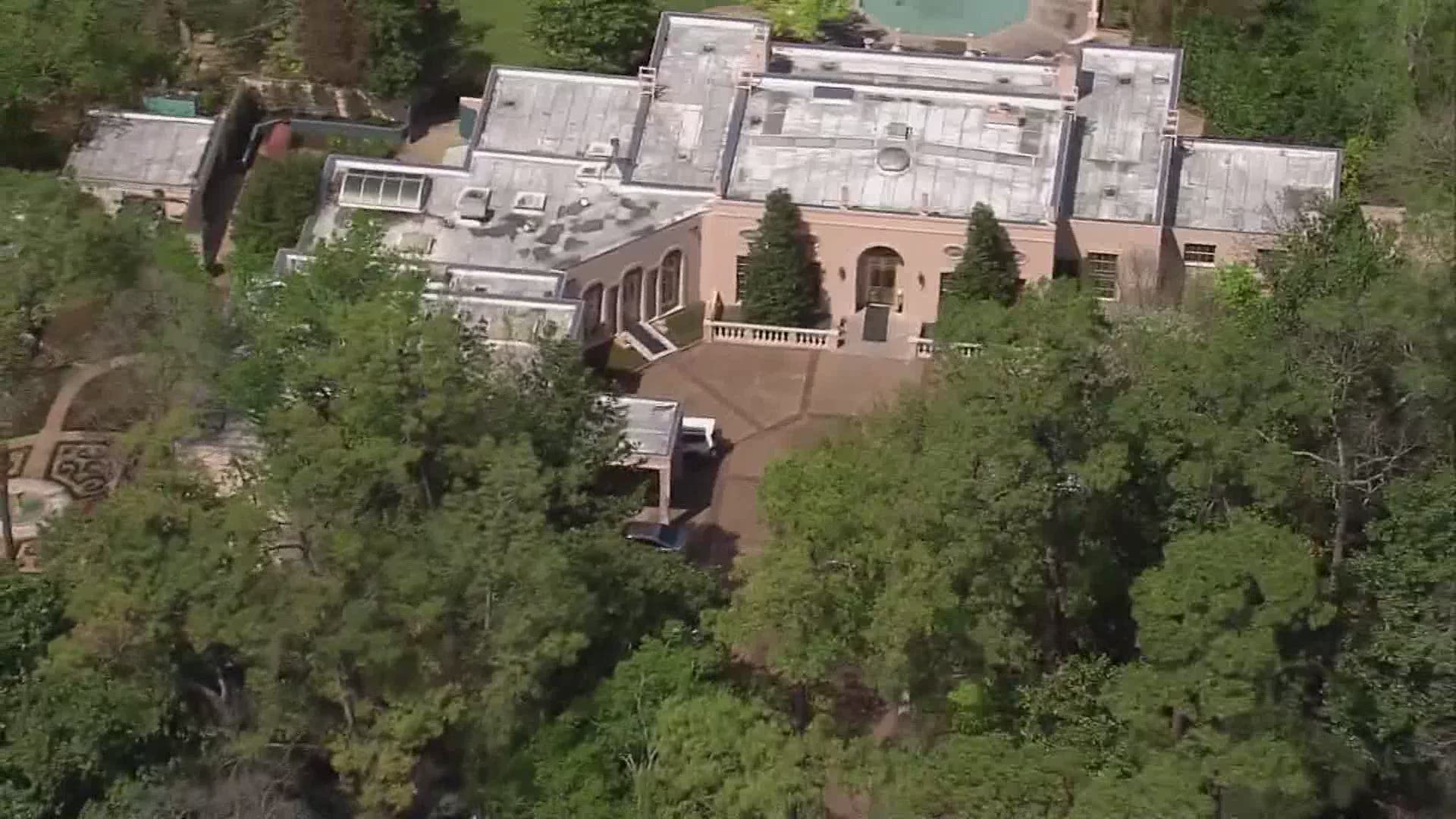 HOUSTON — Houston police responded to a reported break-in at the Museum of Fine Arts Houston’s Bayou Bend Collection overnight, leading to a lengthy search along the bayou and in the sewer system under the River Oaks community.

A security guard reported the intrusion to police before 7 p.m. Tuesday after spotting a man and woman inside the pink Ima Hogg mansion, which is home to thousands of valuable works of art.

The residence-turned-museum can be seen here in a file photo:

The museum said an alarm went off, alerting the guard to the intrusion. The guard then chased the suspects through the nearby woods as police responded.

“Apparently they broke into the building, when officers arrived, they jumped out of the building and ran to Buffalo Bayou, got in a motor boat,” said Lt. Crowson with the Houston Police Department. “Officers were able to get on the Shepherd bridge and the loop bridge and kind of block them in.”

But officers on dry ground lost sight of the boat, so a dive team was called in.

Crowson said the dive team searched along the bayou and located the boat and the suspects again inside a culvert. When officers moved in, the suspects went deeper into the sewer system under River Oaks.

Officers followed them into the sewers, losing radio communication for about an hour.

“We became a little concerned that we couldn’t make contact with them,” said Crowson. “We located the officers, and they are okay, the suspects had fled back further into the tunnel.”

The officers were pulled up through a manhole, and the search was called off for the night. KHOU 11's Michelle Choi reported the boat used in the crime was recovered and is being processed as evidence, however.

Keese Smith with HPD told Choi that the man and woman were both described as having a "thin build with tattoos on both arms."

At this time it’s unclear what the suspects were going after in the museum.

The museum later told KHOU 11 News that its employees swept the property and did not find anything damaged or missing.

Anyone with information that could help police should call Houston Crime Stoppers at 713-222-TIPS.

Statement from the Museum of Fine Arts, Houston

"Last night, at approximately 6:45 p.m. two intruders, a man and a woman, entered Bayou Bend through a grate to a basement window on the north terrace of the house museum. Our burglar alarm sounded, our security guard responded, and the intruders escaped through the front door on the south façade. Our security guard chased them through the woods. The intruders had a motor boat waiting on the bayou. The Houston Police found the boat after they escaped through a culvert.

No one was harmed and no works of art were damaged. Nothing appears to have been removed from the premises. We have examined camera footage, we are in contact with the police, and we are performing a physical inventory this morning."