Capital murder suspect was out on bond for another crime

Lawmakers in Austin have been debating bond reform lately and one bill is one step closer to being signed into law. 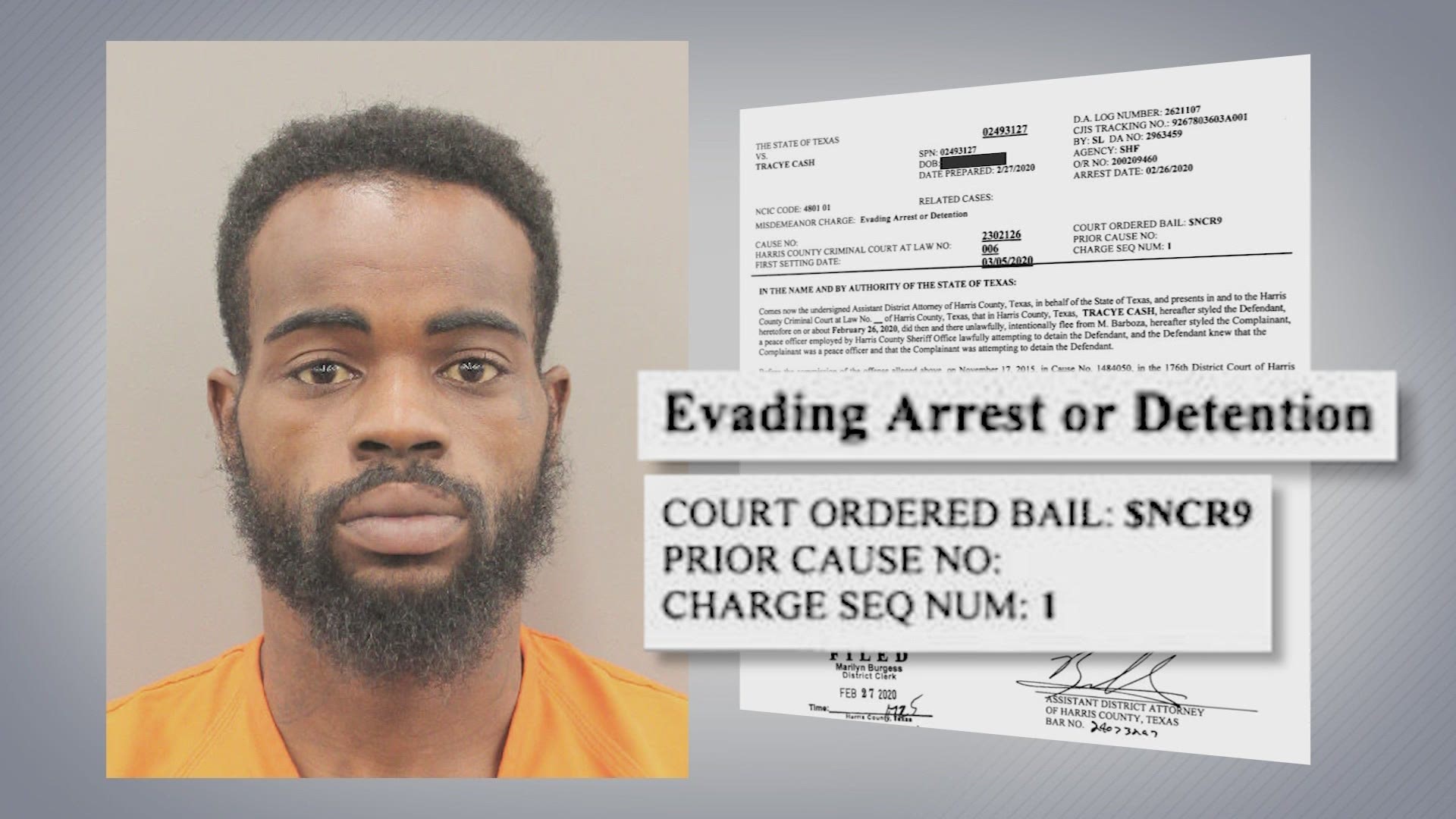 HOUSTON — Two people are dead and a man has been charged with capital murder in connection with a shooting in a north Houston neighborhood earlier this week.

The man charged with murder, 28-year-old Tracye Cash, was out on bond. It's an issue lawmakers in Austin have been debating lately.

"The increase in crime by violent habitual offenders out on bail is threatening the safety of numerous Texans and this has forced the Legislature to take action," Sen. Joan Huffman said.

Huffman sponsored a bill that recently passed in the Texas Senate. The bill would reduce the number of personal bonds that are being offered. Those are the bonds that accused criminals don't have to put up any money in order to get free. The bill also requires judges to review criminal history before granting bail.

Robert Palmer is one of two people who died at the shooting scene in a neighborhood off East Whitney Street near I-45. Two others were shot. Palmer, 27, was a father and his sister spoke at the scene on Monday morning.

RELATED: Suspect arrested in shooting that killed 2, injured 3 others in north Houston neighborhood

According to court records, Cash was out on bond for evading arrest. His case is set for bond forfeiture because he didn't show up for his court date, records said. KHOU11 also confirmed with the Office of the Inspector General that Cash has another pending case for assault on a public servant that he got while spending time in prison on a drug conviction.

“It’s like being gutted all over again by our criminal justice system,” Kahan said. “Perhaps we can get defendants who are in bond forfeiture picked up before they do something serious, like in this particular case where two innocent people lost their lives.”

Opponents of the bill say it will keep more people in jail who can't afford to pay.

The bill is now heading to the House and will need a vote of approval there before Gov. Greg Abbott could sign it into law.

This Legislative session is over at the end of May.