KHOU 11 News has learned Pappas was a deputy constable for Harris County Precinct 2 and Precinct 7 back in the 1980s. 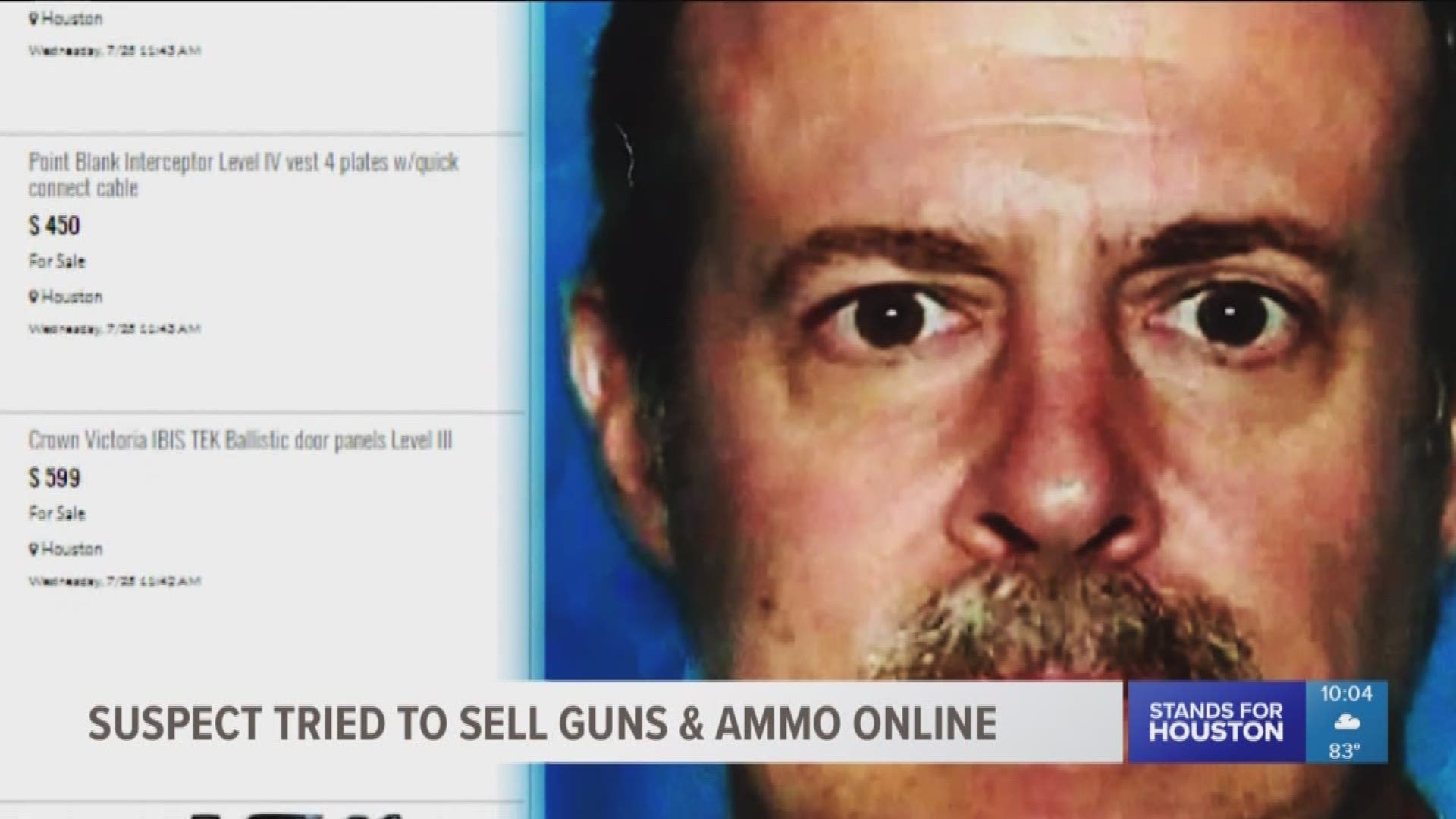 HOUSTON — The man suspected of killing a Houston cardiologist was a former law enforcement officer who recently tried to sell several guns and ammo.

All the ads list the same phone number that Joseph James Pappas II listed on his real estate license and in a court filing.

The ads on Craigslist.com, Armslist.com and this week’s Houston Greensheet include listings on July 22 for two bullet-proof vests, and listings last week for a $4,500 semi-automatic rifle, a pistol and a bullet-proof panel for a Crown Victoria.

Pappas was charged with murder Wednesday in the ambush shooting of cardiologist Dr. Mark Hausknecht.

RELATED: Suspect in doctor's killing was patient's son who held a grudge

The victim was gunned down in the Texas Medical Center while riding his bike to work. The killer was also on a bike.

Acevedo called it a grudge killing.

“This man is dangerous. This man’s capable. This man has some skills,” Houston Police Chief Art Acevedo said in a news conference.

Acevedo added Pappas had a lot of firearms and investigators found several holsters at his Southwest Houston home.

“He's very dangerous, and we need to get him into custody.” Acevedo said.

The online ads linked to Pappas date back to 2013 and remained active through the years.

Additionally, Pappas’ number also appears on ads in this week’s Greensheet for was also trying to sell about $8,900 in antique furniture, a treadmill and hearing aid.

KHOU 11 Investigates also found a business registration records under Pappas’ name for a company called “Pappas Academy of Concealed Handgun Instruction.” That registration expired in 1995 according to records from the Harris County Clerk.

Although Pappas is not currently listed as a certified licensed to carry instructor on the Texas Department of Public Safety’s website, he is a former law enforcement officer.

State records show Pappas had license from the Texas Commission on Law Enforcement for 30 years.