Bayron J. Rivera, 18, surrendered to investigators, the sheriff said. He is charged with four counts of aggravated assault in the Fourth of July shooting. 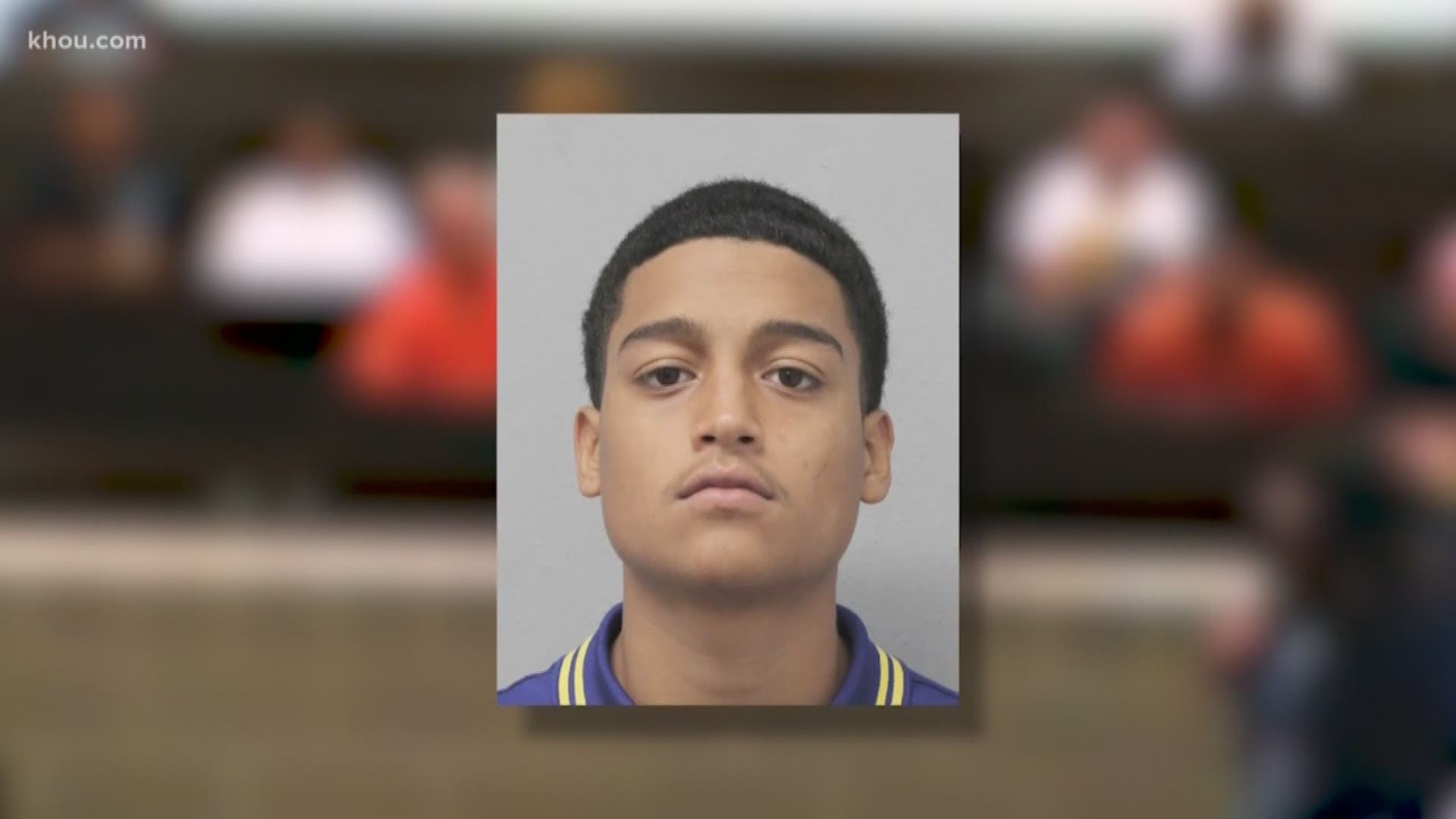 "His judgement was bad and the safety of the public is paramount in this type of situation," the judge said.

During a press conference Monday, Sheriff Ed Gonzalez said the father, mother and two children burned during the road rage shooting are all stable, but the children have a long road to recovery.

According to court records, the dad, mom and the two small children, ages 1 and 2, recently purchased fireworks from a Fiesta in the 1700 block of West Mount Houston Road. When they were leaving the parking lot, the dad cut Rivera off, court records said.

RELATED: 'Take a few minutes just to chill' | How to stay in control during road rage situations

Rivera pulled up to the side of the family's car when they approached a stoplight and he and the dad exchanged words. When the light turned green, the dad drove away, but Rivera followed him, court documents revealed.

The dad said he saw Rivera turn into Ella Quick Mart gas station in the 1800 block of West Mount Road so he went to a nearby Walgreens to get diapers.

According to the dad, he was in Walgreens for about 10 minutes and when he walked out the store he noticed Rivera's car in the parking lot.

Court records said Rivera eventually left the Walgreens parking lot, but he made a U-turn down the street so he could follow the family's car.

The dad said he pulled into the Quick Mart and Rivera followed him. Both the dad and Rivera then got out of their cars and exchanged words again, court records said.

The dad said he saw Rivera pull out a gun so he got back in his car and started to drive away. He told investigators that's when Rivera shot several times at his car, igniting the fireworks inside.

The dad, his wife and the two children all suffered burns.

One thing learned during Rivera's court appearance was that Rivera's girlfriend was in the car with him during the entire incident.

She spoke to investigators and said she and Rivera went back to his house after they left the gas station the first time. She said they stayed at his house for a couple of minutes before Rivera told her they were leaving.

She said when they left his home, Rivera found the family's car at the Walgreens and followed them.

She said after following the family to the gas station, Rivera and the dad did exchange words and that she noticed the dad reach for something inside his vehicle.

She said that's when Rivera pulled out his gun and started shooting.

Rivera admitted to detectives that he was upset that the dad had called him names and that's why he continued to follow the family's car.

His next court date is scheduled for Tuesday.