For the first time, we're hearing what suspect Eric Black, Jr., says was the motive behind the apparent mistaken identity shooting that ended with the death of 7-year-old Jazmine Barnes. 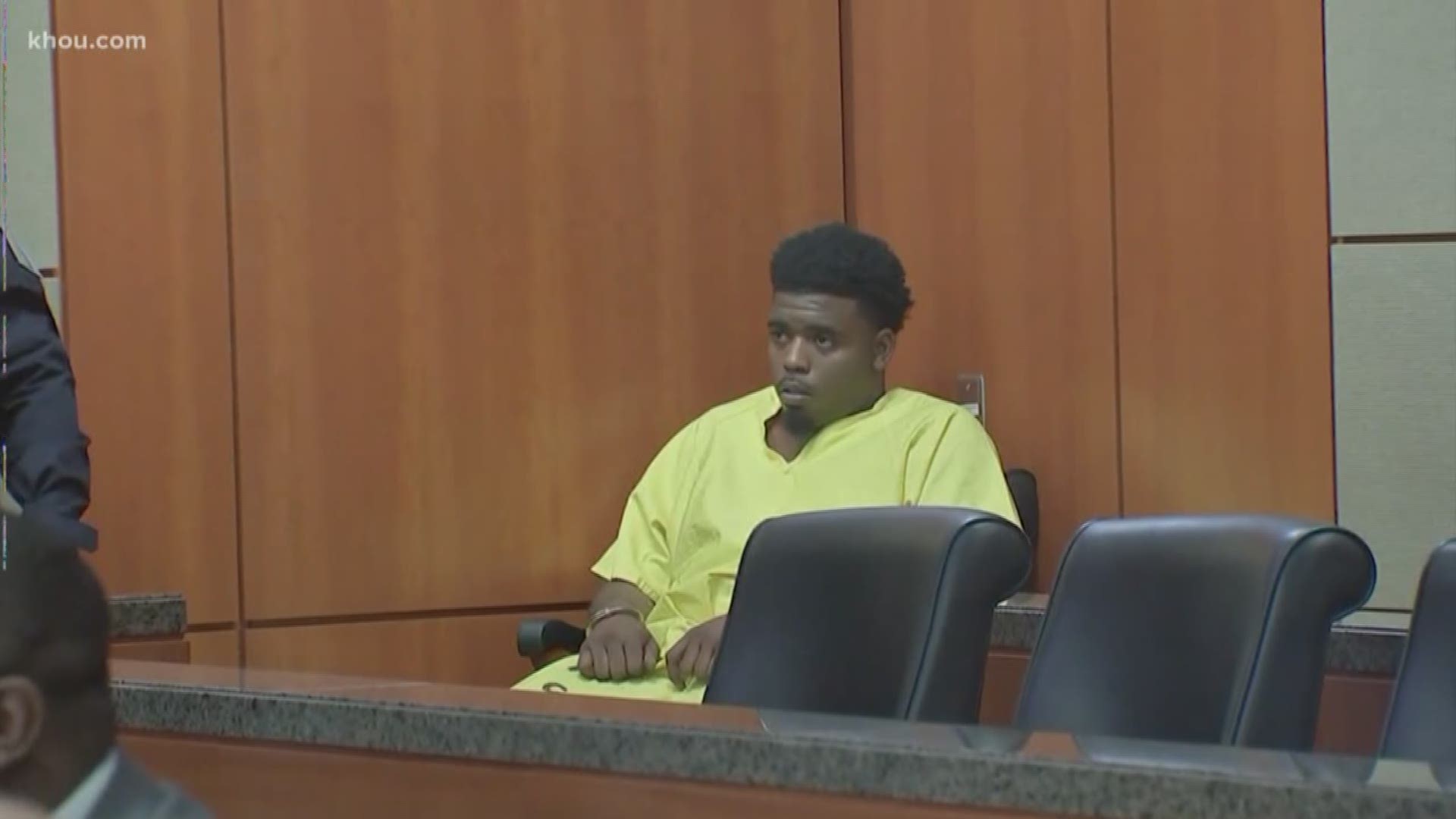 HOUSTON – One of the suspects in the shooting death of 7-year-old Jazmine Barnes appeared in court Monday morning.

Eric Black Jr., 20, is charged with capital murder in the Dec. 30 shooting in east Harris County. Black admitted he was driving the vehicle involved in Jazmine's murder, according to court documents.

Black reportedly told investigators he and another person were at a club last Saturday night and they got into some sort of argument. Later that morning, Black said he and the friend, identified by him as Larry W., saw a vehicle that looked similar to the one involved in the earlier dispute and they fired shots into the car.

Eric Black Jr. just got to court, he evaded questions about what he’d say to #JazmineBarnes’ family as officers walked him in, also wouldn’t answer about the second man allegedly in the car with him during the shooting. #khou11 pic.twitter.com/oZkC4bwIq0

Jazmine, who was sitting behind the driver's seat, died after a bullet struck her in the head. Her mom, LaPorsha Washington, was shot in the arm.

A gun, believed to be the one used in the shooting, was found at Black's residence. Prosecutors said in court Monday that eight shell casings were found at the scene of the shooting.

A man named Larry Woodruffe appeared in court Sunday on a drug charge and the prosecutor called him a suspect in a capital murder case. He didn't specify which case.

Woodruffe has not been charged in the Jazmine Barnes case.

During a press conference Sunday afternoon, Harris County Sheriff Ed Gonzalez said he is fairly certain two individuals were involved in Jazmine's murder but they are still trying to verify information on the second person. 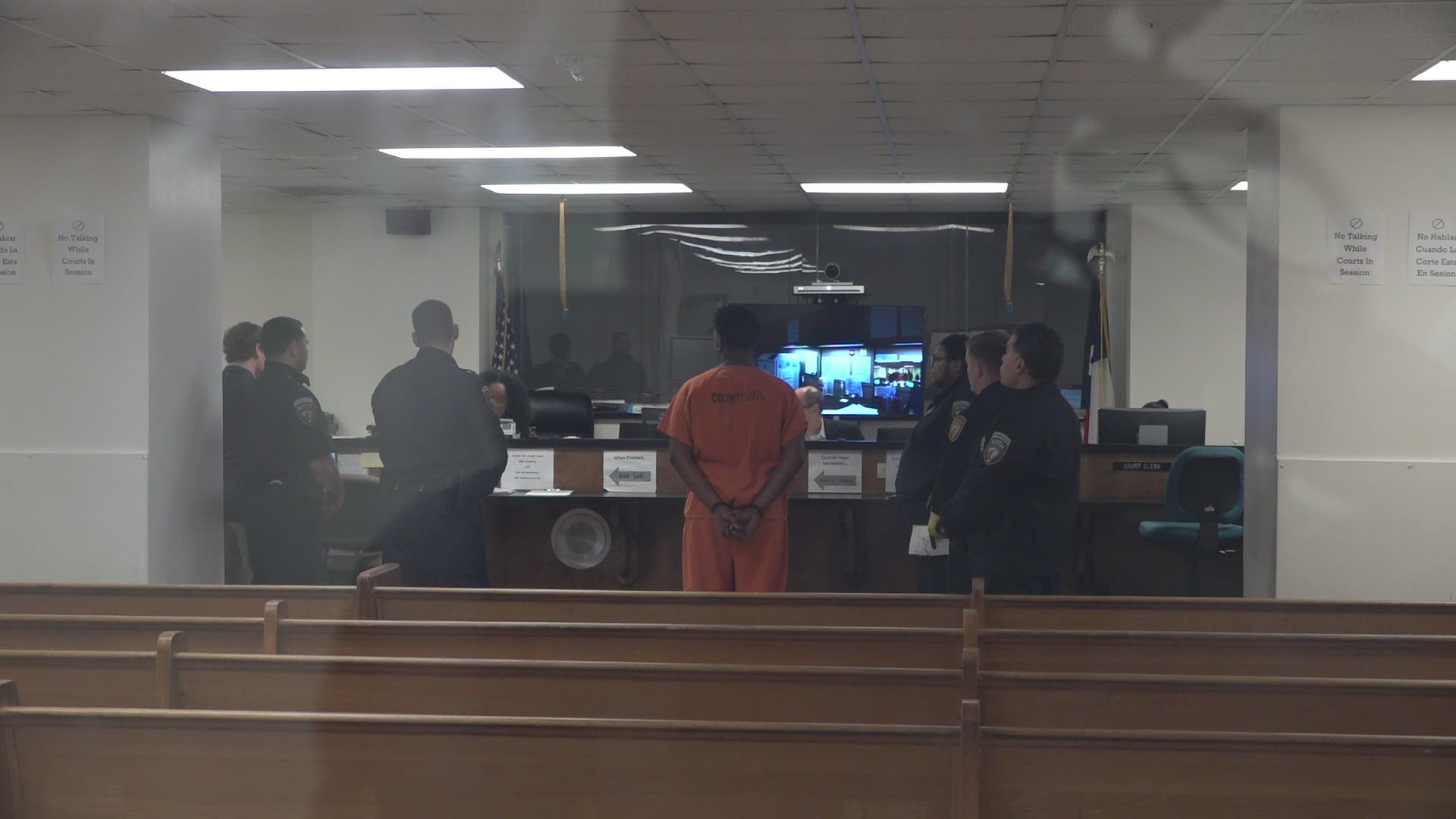 Gonzalez said Black became a target in the investigation based on a tip. Activist and journalist Shaun King told the sheriff that Black was involved in the shooting. King apparently received the tip from an anonymous source.

Arrests have not yet officially been made, but could happen soon. A lot is happening as we speak. https://t.co/oF2v2FsZRn

The source told Gonzalez that the two suspects were not in a red pickup truck like originally thought, but they were driving a rental car, later identified as a dark-colored Kia.

The sheriff said he and investigators were able to corroborate the information, along with other evidence in the case.

Black was arrested on Saturday, Jan. 5. after a deputy pulled him over near the intersection of Woodforest and Beltway 8 for not signaling when he made a lane change. The deputy approached his vehicle and asked him for his license and registration. When Black opened the glove compartment, the deputy noticed a plastic bag of marijuana.

Homicide investigators interviewed Black after his arrest and they say that's when he confessed to his role in the Barnes case and gave them Larry W's name.

Woodruffe was pulled over early Sunday, also on a minor traffic violation. He was arrested after the deputy said he found more than 100 Xanax pills during a patdown.

Woodruffe has a long rap sheet, including domestic violence.

Black doesn't have a criminal record.

Until the arrest, authorities were looking for a red pickup driven by a white male. A sketch of the man was released based on a description from Jazmine's 15-year-old sister, a passenger in the car.

Several community leaders and activists labeled the shooting a hate crime and it made national headlines.

Gonzalez said they believe the pickup was real but they now think it was driven by an innocent bystander who sped away after witnessing the shooting.

"This death of Jazmine has sparked a lot of discussion on many different levels. And I think that it is good that going forward we continue to have positive dialogue on a number of different issues," Gonzalez said. "We know that there's important discussion that does need to take place about race, about the real feel and concern that hate crimes are in an uptick in this country. We also need to talk about gun violence."