Police said the armed suspect bailed out of the vehicle and ran into a parking lot, but they aren't sure yet if he opened fire on officers. 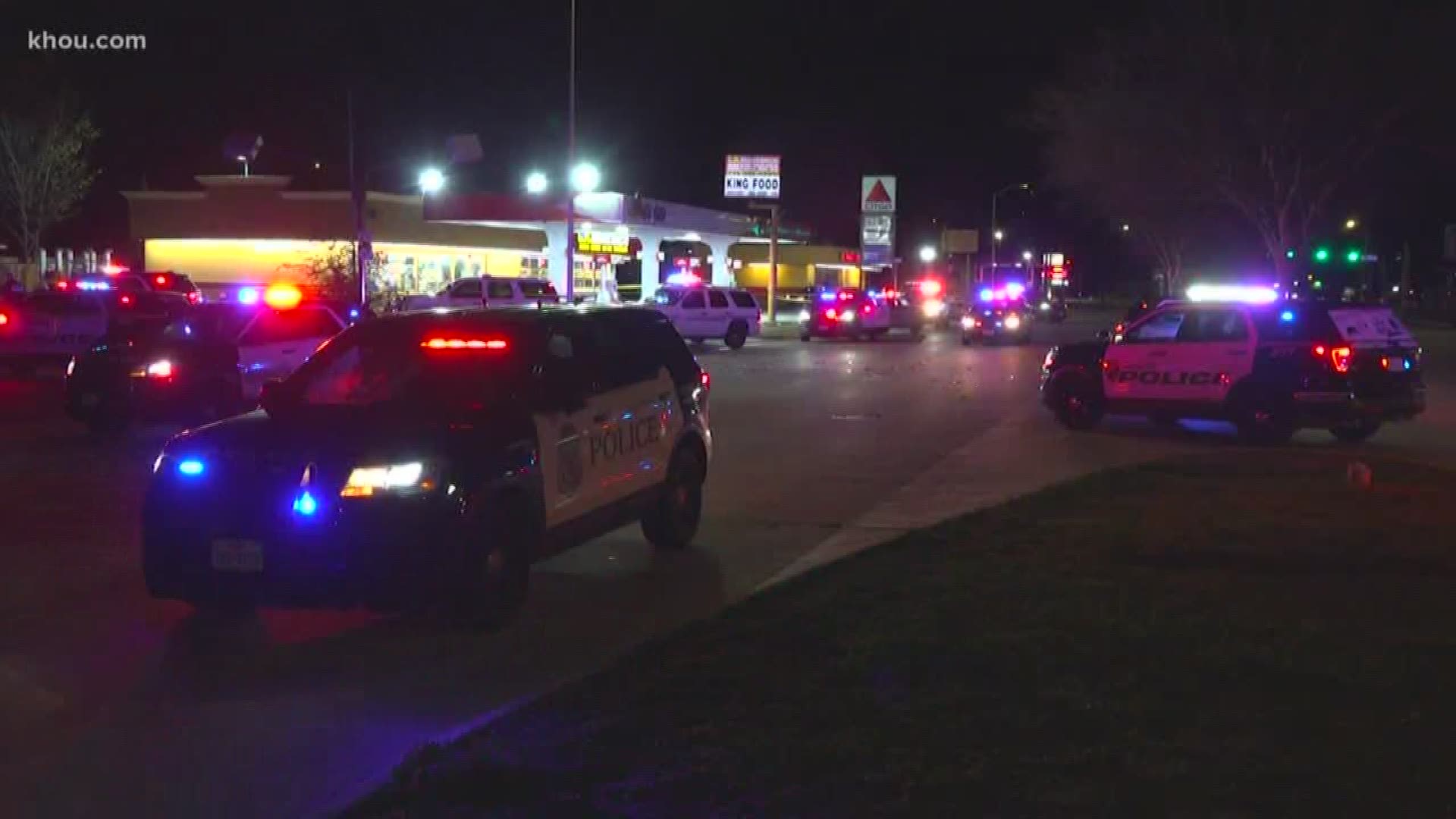 An aggravated robbery, stolen vehicle, chase and crash led to the fatal shooting of a suspect in southeast Houston early Monday, police said.

Officers from Pasadena and Houston were involved in the chase and shooting, according to authorities.

Around 12 a.m., officers in Pasadena tried to stop a vehicle that was reported stolen in an aggravated robbery. The driver allegedly refused to stop and led officers from the 3600 block of Shaver into southeast Houston.

Houston police also joined the pursuit, as the suspects continued around the southeast end of town.

At about 12:30 a.m. the suspects collided with a Pasadena police cruiser in the 5700 block of Pershing. All three suspects jumped out and ran, according to police.

One suspect, reported to be a male in his teens to young adult, ran into a parking lot behind a gas station with a pistol. Officers said, at this time, they aren’t sure if the suspect discharged his weapon, but when police saw the gun they opened fire on the man.

The other two suspects who bailed from the vehicle were taken into custody, despite an earlier statement from police that indicated one person was still on the run.

As per police policy, special investigations units will take the lead on the shooting case. The district attorney and internal affairs will also be involved.