20-year-old Jose Jimenez is charged with aggravated assault with a deadly weapon. 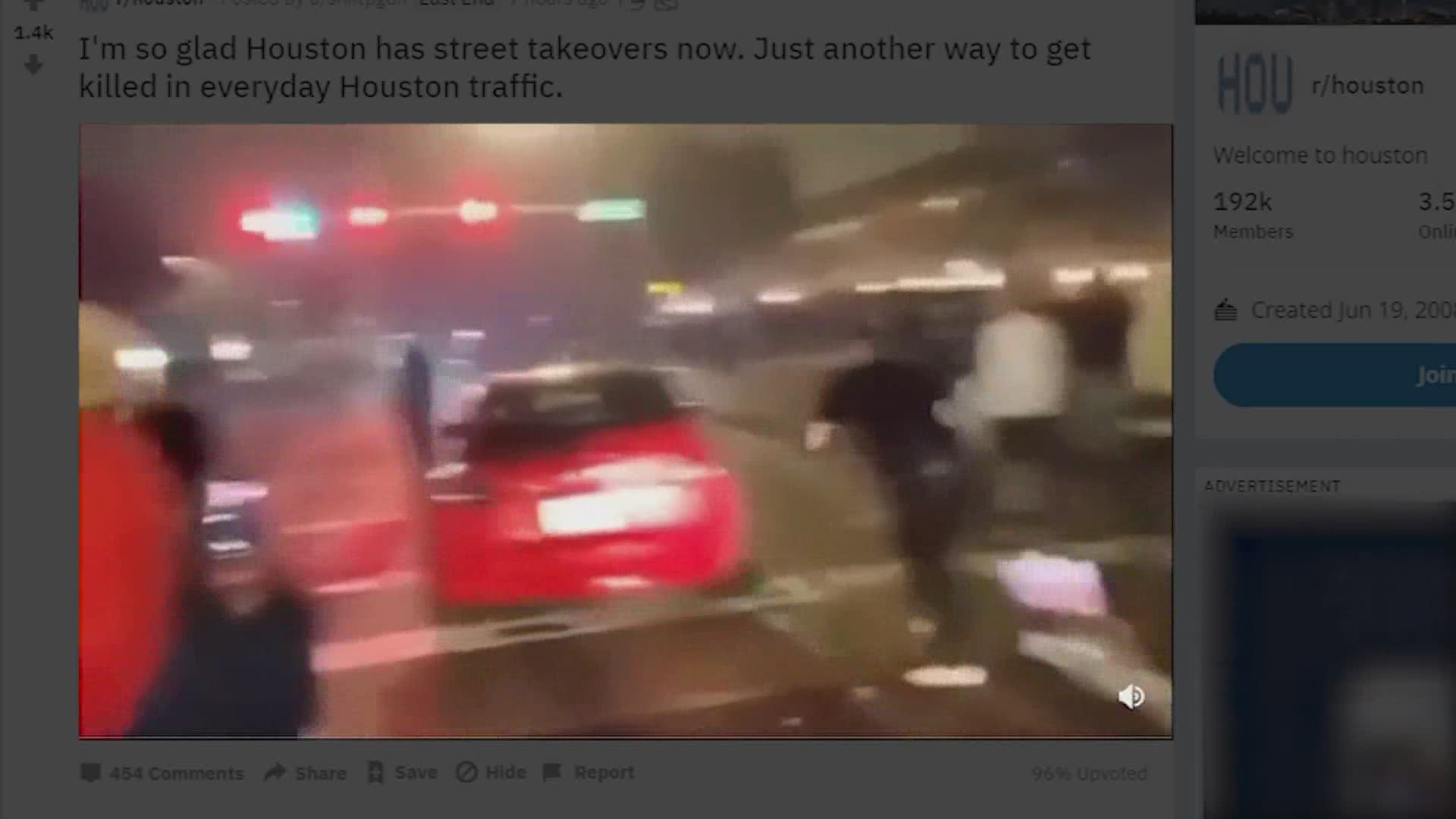 HOUSTON — Charges have been filed against the man seen on camera firing into a car as it tries to flee a street takeover.

The incident happened at the intersection of Enclave Parkway and Forkland Drive in west Houston earlier this year.

Raine said the video helped authorities track down Jimenez and charge him with the second-degree felony.

He said these videos give the public an inside look at how scary these street takeover really are.

“I know that they were quite mortified and pretty scared about the situation they’d gone through as I think any of us would be,” Raine said.

On Jan. 24, the driver of red Tesla, with his fiancée and dog inside, made a break for it after getting caught in an illegal street takeover.

Raine said Jimenez fired on the car as it got away. The car was hit twice, but no one inside was hurt.

In court Friday, officials said Jimenez admitted to shooting at the car on social media.

His court-appointed attorney said the shooting was in self-defense after the car hit Jimenez’s little sister.

His bond was set at $150,000. During the hearing, Jimenez asked the judge to lower his bond which the judge declined. The judge said Jimenez was already out on bond for previous charges related to unlawfully carrying a weapon.

Back in January, the driver talked anonymously to KHOU 11 about the terrifying experience.

“I was seriously wondering if we were going to get killed that night," the driver said. “That was frightening just scary just to see that for no reason whatsoever for him to just shoot us as we were trying to get out of the way.”

Raine said more often than not, more than one crime is being committed at these takeovers.

He said footage helps authorities find others involved and show the community how dangerous they are.

“Not just for the people who were trying to get home and drive through, but the people who are both participating in them and going to watch,” Raine said.

Jimenez remains in the Harris County Jail. If convicted, he faces up to 20 years in prison.