Robert Soliz, 24, was arrested after a traffic stop on the Katy Freeway. Police are looking for a person of interest seen on surveillance cameras. 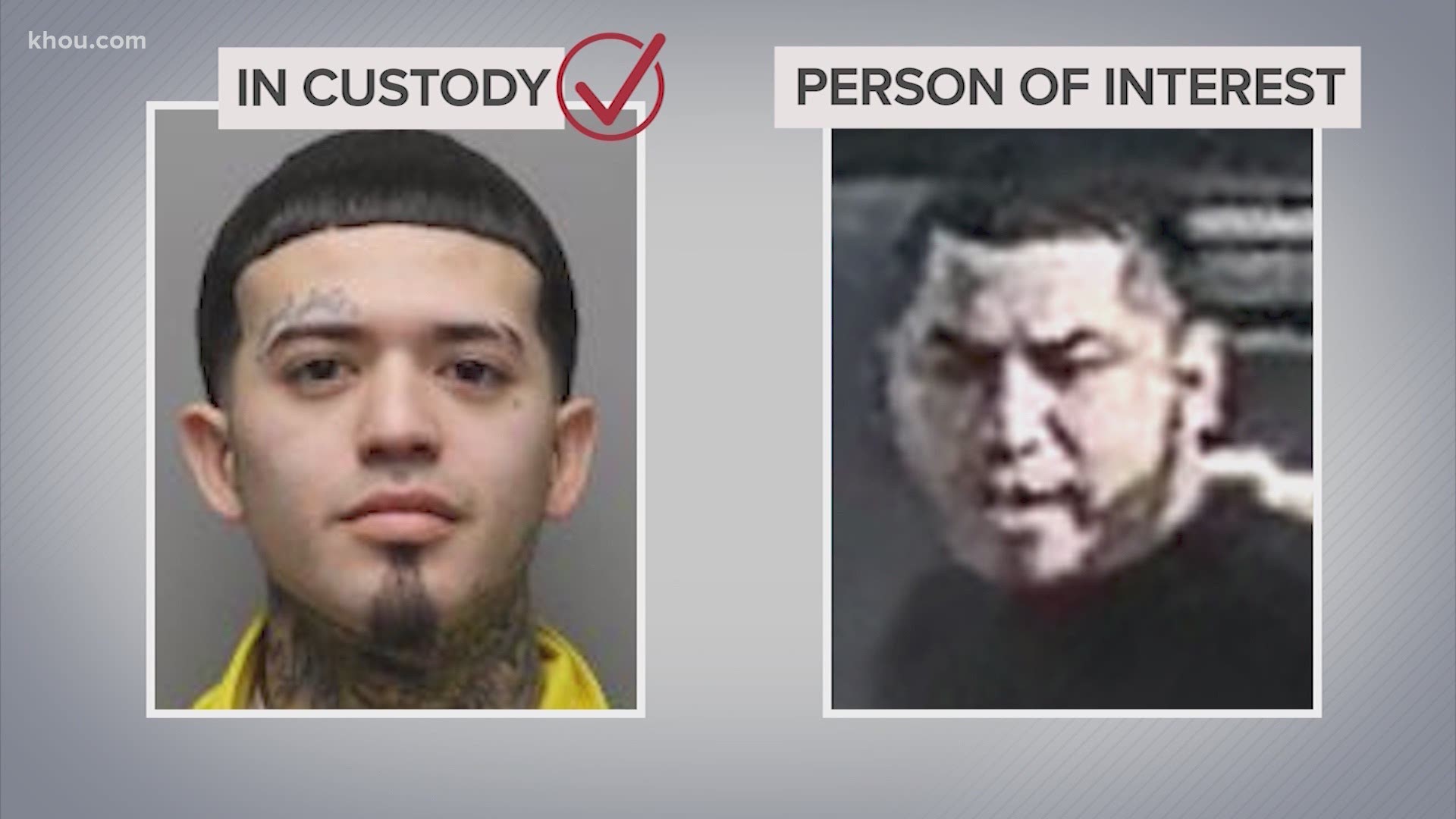 HOUSTON — Houston police have arrested a suspect in connection with the shooting death of Sgt. Sean Rios.

Rios was shot and killed on Monday.

On Tuesday, 24-year-old Robert Soliz was pulled over on the Katy Freeway after narcotics officers recognized him as the suspected shooter. They arrested him and restrained him with Sgt. Rios' handcuffs. Police are still looking for a person of interest who was seen on surveillance cameras talking with Soliz in a parking lot.

"That person is someone of extreme interest in the murder of Sgt. Rios and we are going to find you so you might as well turn yourself in," Houston Police Chief Art Acevedo said.

Police believe the man in the black shirt seen on surveillance video may be connected to a black truck they are also looking for.

Acevedo said investigators believe Rios was on his way to work at Bush Intercontinental Airport when he responded to reports of shots fired between the drivers of a Mercedes and a white truck.

"He doesn’t turn the other cheek. He doesn’t put on the blinders. If he saw something, he’s going to act," Acevedo said. “If it’s appropriate, be a good witness. If it’s appropriate to save lives, you need to intervene. That’s just the way they’re wired.”

During an altercation, Rios, 47, was shot and killed outside a motel off I-45 North, near where the call came in for shots fired between the truck and car.

The manager of Taj Inn & Suites, near Steubner Airline, heard the gunshots before Rios stumbled into the lobby, bleeding profusely. He didn't realize Rios was a police officer because he wasn't in uniform.

The manager said Rios pleaded for him to call 911 before he collapsed in the lobby. He died before first responders arrived.

RELATED: 'We are heartbroken' | Houston police officer shot and killed was father of four

RELATED: 7 Houston-area officers have been fatally shot or died in the line of duty in less than a year

Still photos of the person of interest in the murder of Sgt. Sean Rios. pic.twitter.com/pW5DfQdITM

Police found the Mercedes and linked it to Soliz by HPD's Special Investigations Unit.

Acevedo said Soliz is a known gang member and a suspect in recent road rage incidents around the city. They're not sure if the gunbattle with the truck was another case of road rage.

A spokesperson for Soliz' attorney, Paul Looney, said they will hold a news conference on Wednesday afternoon to "address the issues in this case that are not what they seem," the spokesperson wrote in a statement.

Rios leaves behind four children, ages 7, 12, 14 and 17. Acevedo said one son didn't want to miss his football game Tuesday so members of the HPD command staff drove to Willis to cheer him on.

"We didn't want him to be alone so we wanted his (Rios') commander and his chief standing in place of his father watching his son play," the chief said, choking back tears.

Rios is also survived by his parents, a brother and two cousins who are HPD detectives. 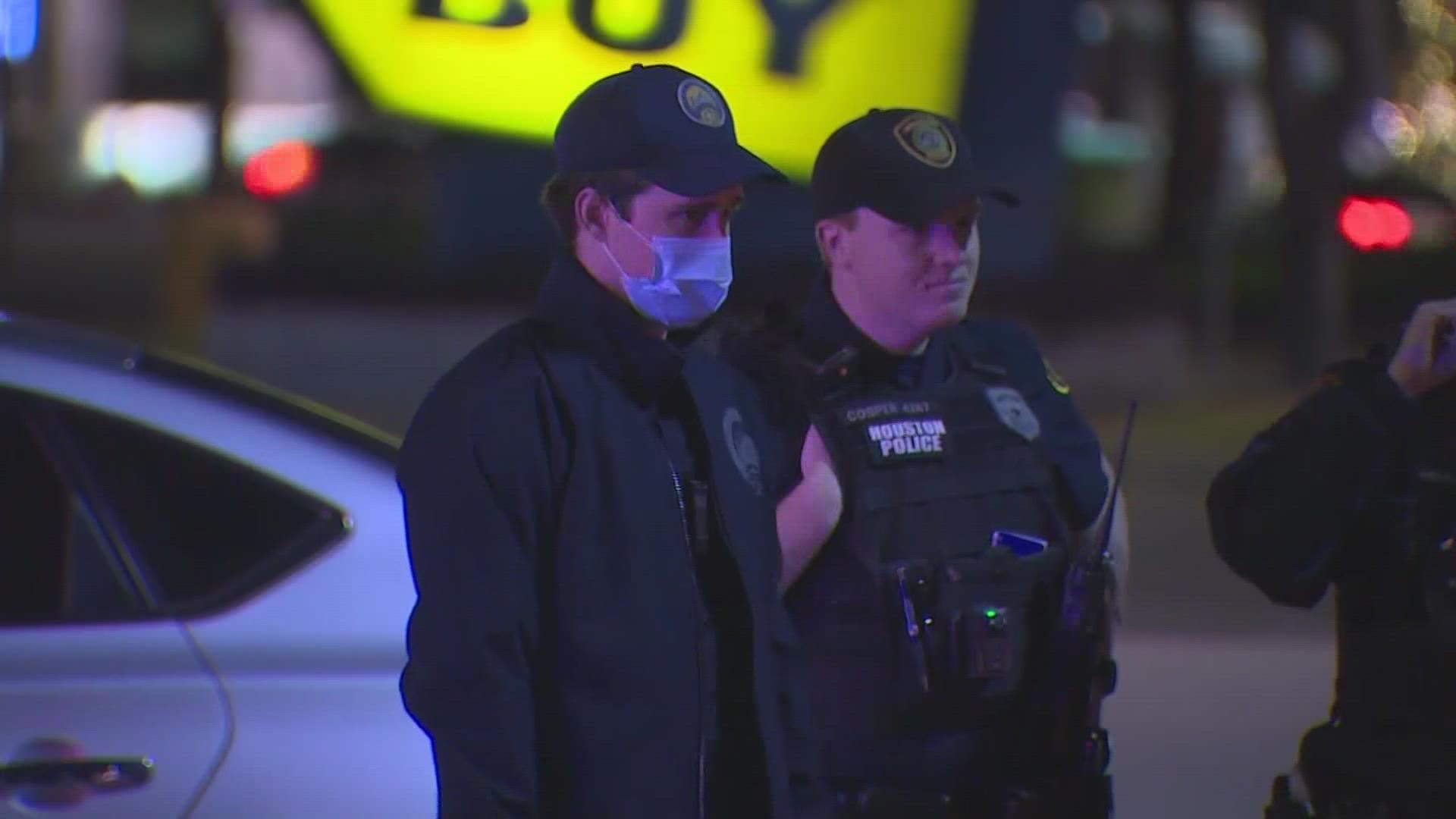