Gregory William Loel Timm, 27, was arrested Saturday after reportedly driving a van into a Republican tent in a Sandalwood area Walmart parking lot. 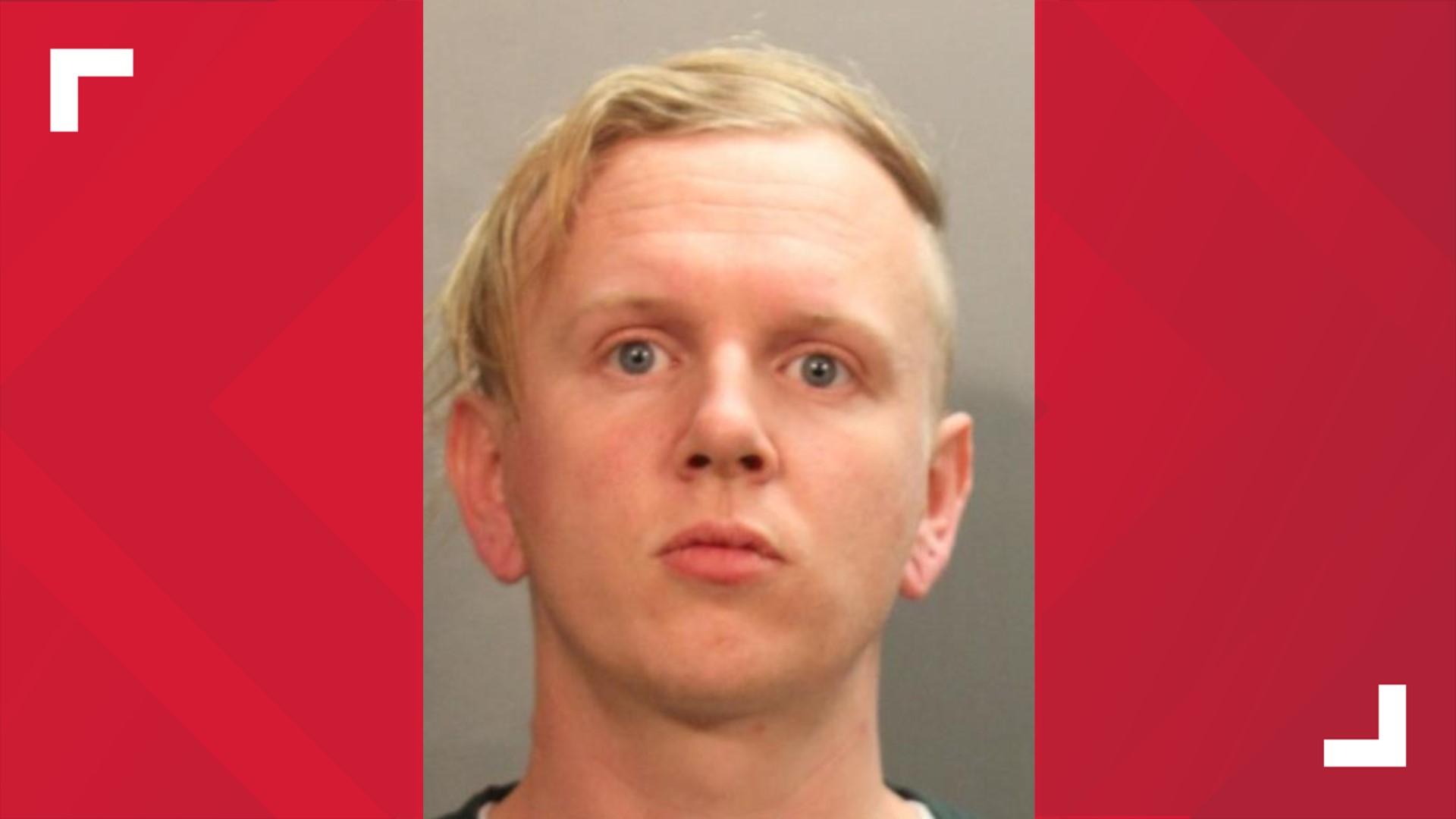 JACKSONVILLE, Fla — A man was arrested Saturday after investigators with the Jacksonville Sheriff's Office said he drove a van into a tent belonging to the Republican Party of Duval County.

Gregory William Loel Timm, 27, faces multiple charges, including two counts of aggravated assault on a person 65 years of age or older, one count of criminal mischief and driving with a suspended license.

On Saturday afternoon, police responded to the Walmart at 11900 Atlantic Blvd. in Kernan Village after witnesses called 911.

Witnesses told JSO that a man in his 20s driving an older brown Chevy van pulled up to the tent before driving through, running over their tables and chairs. Volunteers for the Republican Party were registering people to vote.

After running over chairs and tables, witnesses told police that Timm got out of the van, took a video recording, made obscene gestures and left. No volunteers were hurt, according to JSO.

"I thought he was going to slow down, but he didn't and he gunned his engine and headed straight," a volunteer with the Republican Party of Duval County who said she was narrowly missed by the car said.

JSO later received a tip that the van was at a home on 2011 Brighton Bay Trail. JSO approached the suspect at the home and he was arrested.

While Timm is a Jacksonville resident, First Coast News confirmed he is not registered to vote in Florida.

The Duval County Democratic Party released a statement on Timm's arrest, saying, “We are thankful the perpetrator of this cowardly attack has been apprehended by JSO and continue to call for civility during this election cycle.”

JSO said intelligence detectives were called to the scene, though it is unsure if the crash was politically motivated.

"We’re obviously going to follow that up and we take that very seriously," said JSO Lieutenant Larry Gayle. "Anybody who interrupts a political process in this country needs to be taken very seriously."

In his first court appearance Sunday, a Jacksonville judge set Timm's bond at over $500,000 on multiple counts.