'Why didn't God take me?' Mother of murdered transgender woman prays for justice

Iris Santos, 22, was shot and killed outside a southwest Houston Chick-Fil-A on April 23. 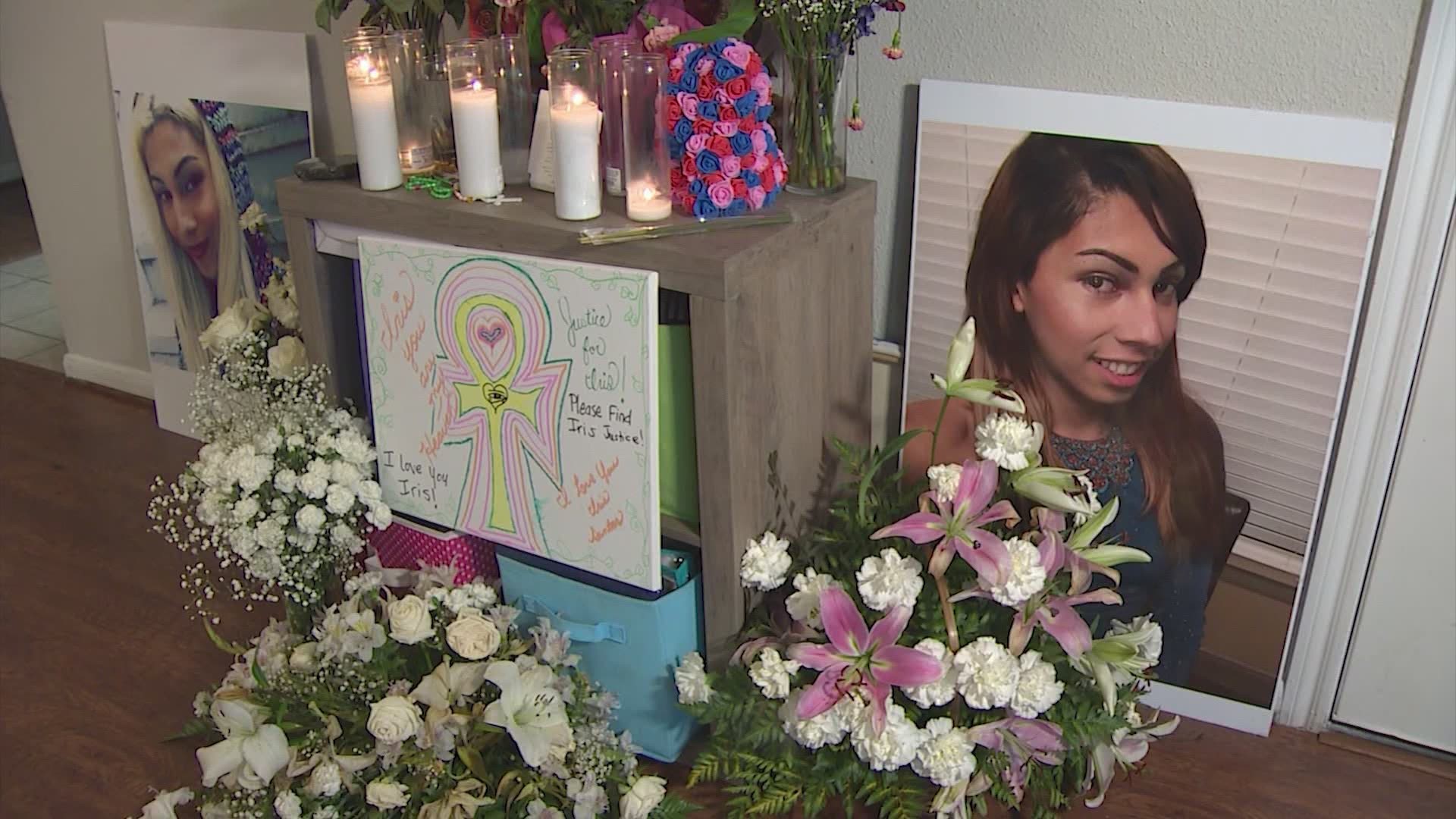 HOUSTON — Houston police are hoping someone will recognize the man who murdered a young transgender woman last month while community members held a vigil in her honor on Wednesday.

Iris Santos, 22, was gunned down while sitting at a picnic table outside a fast-food restaurant at 8609 Westheimer the night of April 23.

The manager of the Chick-Fil-A heard gunshots and rushed outside where he found Santos lying on the ground.  She later died at the hospital.

RELATED: Woman dies at hospital after being shot outside Chick-Fil-A in west Houston

Santos' mother said she had talked with her two hours before she was shot.

"I want to run away sometimes and just disappear. Why didn’t God take me instead of her?" Maria Carreon said. "She was too young and full of life and full of dreams."

Surveillance video shows a clean-shaven black man in a dark-colored sweater or jacket and white or gray sweatpants and dark shoes walking near the scene at 9:27 p.m.

At 9:39 p.m., another surveillance camera shows the same suspect running past apartments at 5815 Westheimer and turning into the complex.

Carreon hopes someone saw something since Westheimer is such a busy street.

"She wasn’t a bad girl or a bad person and I don’t think nobody has the right to take her life like that," Carreon said. "The person who did that has to pay for it."

“It is incredibly tragic and disheartening to continue to witness senseless and vicious attacks against our community. Iris was so young with so many things to look forward to,” said Tori Cooper with the Human Rights Campaign. “Our transgender community needs federal protection and we need it now. We can’t and mustn't continue to suffer.”

We are deeply saddened to learn of the death of Iris Santos, a 22-year-old Latinx trans woman killed in Houston on April 23, 2021. Iris’ death is at least the 18th violent death of a trans or gender non-conforming person this year. https://t.co/2sG72JQfig

The night after Santos was killed, a woman identified by friends and the Human Rights Commission as transgender was shot and killed at a Dallas car wash.

In initial reports, Dallas police said the victim was a man, but the HRC said they later corrected the report saying she was known as Tiffany Thomas.

Friends remember her as funny and stylish with a big heart.

Her family insists Thomas was not transgender.

“Tiffany did not deserve to die. None of the transgender and gender non-conforming people who have been killed this year deserved to die,” Cooper said. “We need everyone to speak up and speak out in support of transgender people. The violence must end."

Iris and Tiffany were the 19th and 20th murders or suspicious deaths of  transgender, nonbinary or gender non-conforming victims in 2021, according to HRC. Advocates believe there are many more because the genders are often misreported by law enforcement.

HRC says it recorded 44 deaths of transgender and gender non-conforming people in 2020, more than in any year since they began tracking the violence in 2013. The majority of victims were Black women.

They say there are more than 260 anti-LGBTQ bills under consideration in state legislatures -- including Texas -- with more than 120 of them directly targeting transgender people.

While Texas includes sexual orientation in its hate crimes law, advocates would like to see the state specify gender identity.

In Houston, the police department has added an LGBTQ liaison in its Office of Community Affairs to focus on cases like Iris Santos.